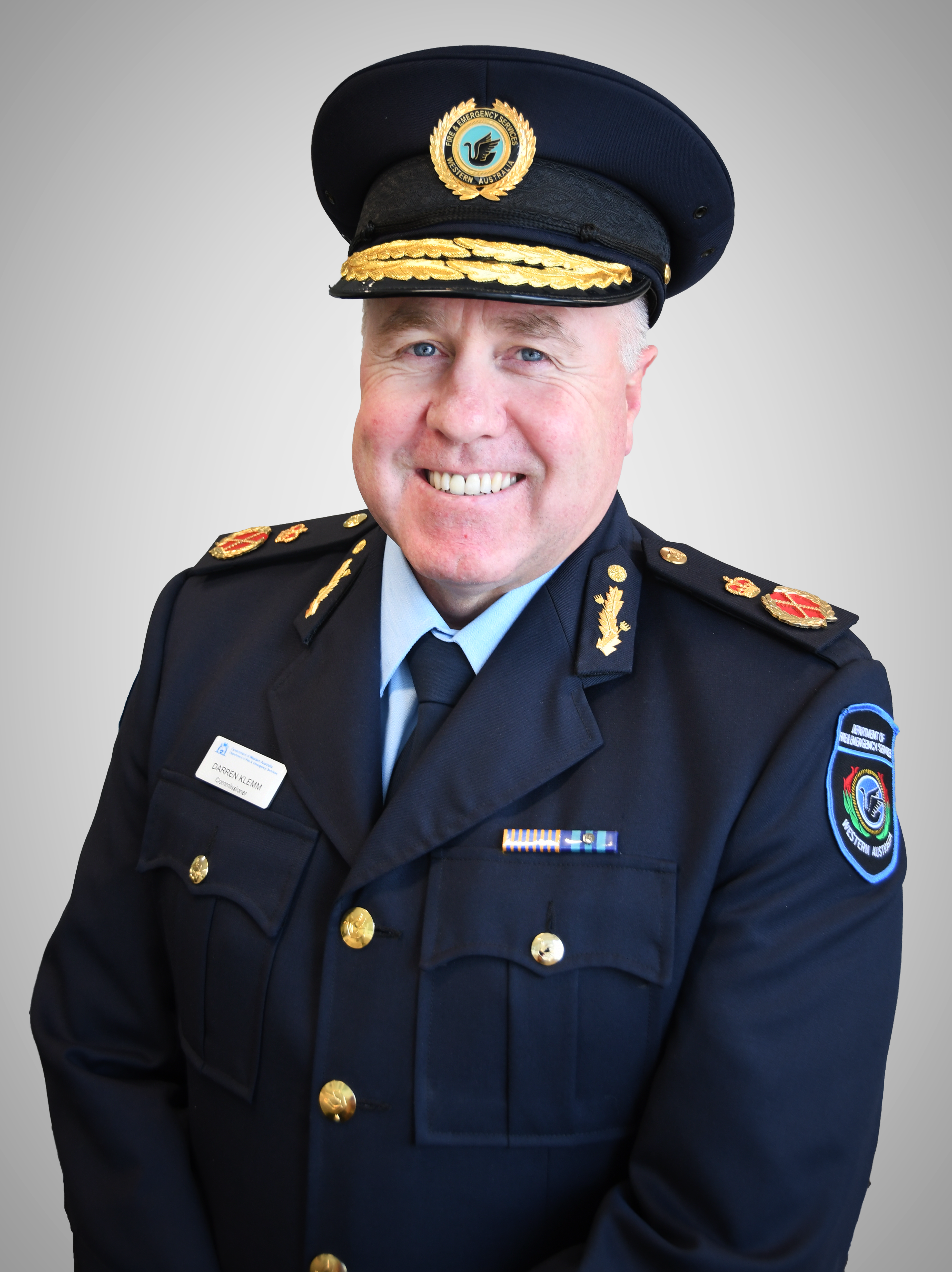 He is the only firefighter to be promoted six ranks in three successive promotions.

Since becoming the Commissioner, the Department of Fire and Emergency Services has experienced transformation in operations that have strengthened community centred service delivery and its connection and respect for volunteers.

With 29+ years of service, Commissioner Klemm has successfully reformed the agency to create a Rural Fire Division that decentralises and improves bushfire management. He has been the driving force behind unprecedented investment in mitigation, improved relationships with volunteers and stakeholders, and greater interagency collaboration.

In 2017, Commissioner Klemm was invited by the Premier of Western Australia to be a member of the inaugural Public Sector Leadership Council to drive reform across the public sector.

Commissioner Klemm is the DFES ‘Male Champion of Change’, a role he has held since the inception of the Fire and Emergency Services Male Champions of Change group in April 2017.

He has been involved in strategic operations at State and Incident Controller level during significant emergencies such as the Waroona, O’Sullivan and Toodyay bushfires and Tropical Cyclones Olwyn and Veronica.

Commissioner Darren Klemm AFSM has been involved in strategic operations at State and Incident Controller level in significant emergencies such as the Waroona, O'Sullivan and Toodyay bushfires and Tropical Cyclones Olwyn and Veronica.

One of his favourite quotes is:

"The best executive is the one who has sense enough to pick good people to do what he wants done, and self-restraint enough to keep from meddling with them while they do it." - Theodore Roosevelt.

Join us at AIM WA in Floreat as Darren shares his personal leadership story.