The rise of the digital influencer

A new era of marketing has arrived and it is placing the content and control out of the advertiser’s hands.

Heralded as a more authentic way of engaging with consumers, savvy individuals known as digital influencers are capitalising on the trend. These influencers are independent of the brands they promote and instead operate as the middle man between organisation and consumer.

They are both the gatekeeper and content creator, setting the agenda, choosing what to promote and attracting mass followers. Using social media as their tool, their feeds are rich with visually attractive content that attracts eager followers.

From lifestyle and travel, to food, homewares and fashion, influencers often have a dedicated theme that allows businesses to harness key audiences. With eight in 10 Australians using social media, according to the 2017 Sensis Social Media Report, these digital platforms have the ability to reach mass audiences in a time where traditional avenues are waning.

The audiences are wide and varied, but it is the 18-29-year-old bracket who are the biggest social media users in Australia, followed by the 30-39-year-old bracket, according to the report. With follower networks in the hundreds of thousands, companies are calling on influencers to promote their brands to a large, clearly identifiable audience, propelling marketing into a new era.

The power of Kmart
The power of the digital influencer is evident in the online following of Kmart Australia. The company’s profile skyrocketed after a rebrand led by ex-McDonalds Australia CEO Guy Russo, in which he slashed the company’s product range to introduce a more focused, stylish and affordable look. Kmart’s new-look homewares, fashion and children’s merchandise sparked an online following of thousands keen to share and promote the products with other users.

Among the influencers is the popular Kmart Mums group on Facebook, with 96,152 members, and #kmartbyyou page on Instagram, with 20,700 followers. Impressively, the online growth is entirely organic and independent of the company. While Kmart Australia may have mastered the art of unpaid digital influencing, for other companies and influencers, a financial exchange often comes into the equation.

According to The Influencer Agency (TIA) Owner Nicole Moody, this is creating disparities across the emerging industry. Ms Moody launched TIA in 2017 to create a central point of contact for influencers and businesses.

“My other business is Hunter Communications and, as a PR agency, we could see digital influencers were a trend that was emerging,” she said. “But we noticed there wasn’t any coordination or understanding among influencers of what they could and couldn’t charge, and there was uncertainty among clients.”

For some influencers, a free meal was enough to get a post on their page, while others had huge differences in costs per post, according to Ms Moody.

“Clients didn’t know how much they should be paying and whether the followers were genuine,” she said. “I could just see there was absolutely a need for an agency that was dedicated to influencer marketing.”

So, what defines a good digital influencer? “It is crucial bloggers be genuine and authentic,” Ms Moody said. “Businesses like them because they have their own aesthetic and tone and that is why people follow them. “But if an organisation started to interfere with that authenticity and they sounded like an ad, the blog would lose followers pretty quickly.” Ms Moody added it was important the influencers remained true to what they stood for. “Clever influencers know how to integrate marketing and brands into their posts,” she said. “They offer value by talking about and introducing products and services that interest their followers.”

For organisations, utilising the services of a digital influencer can help the brand tap into a large digital audience away from traditional, flooded avenues like broadcast, print or radio. According to the Sensis report, 64 per cent of consumers are more likely to trust a brand if it interacts positively on social media. With that in mind, Ms Moody said social media should form a key part of any company’s marketing strategy.

“It is important to find the right influencers, but also to be able to measure the success of the campaign, just like you would with any other form of marketing,” she said. “At TIA we represent influencers and create campaigns for businesses and then connect the two in a way that can be matched, mapped and measured.

“I always joke that it was easy to grow my followers; I just used Instagram for eight hours a day for seven years,” Ms Bath said. “With many people choosing to spend their spare time online, influencers are a really organic advertising option. “We have great relationships and trust with our audience, amplified by great reach, and we can share the things we care about.”

Ms Bath emphasised the importance of remaining true to followers and individual values to ensure the content is worth engaging with. “I personally only work with brands that have integrity and make amazing products that add to my life, so my audience knows I will never sell out for money and promote something I don’t believe in,” she said. 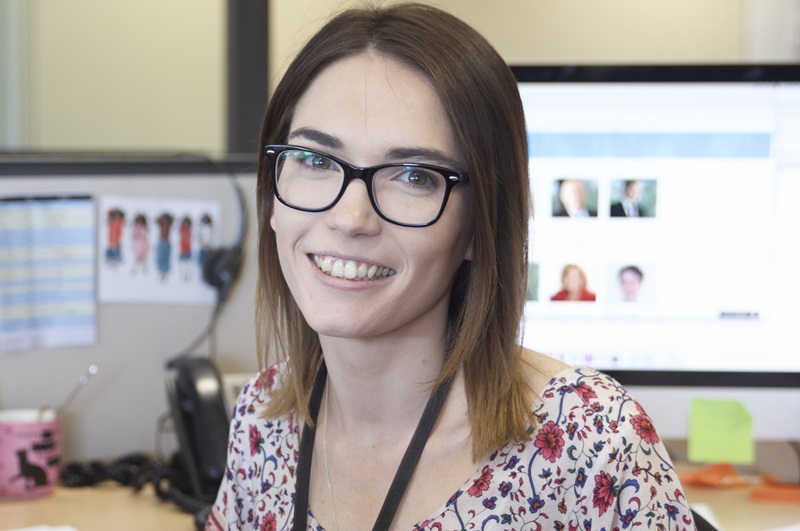 Cassie Gunthrope is a Journalist at The West Australian Newspapers and is a writer for 'Leader', AIM WA's magazine for members.