A prosperous, well-functioning and culturally secure Indigenous community that actively contributes to the state and national economy – the tangible benefits of a thriving Indigenous business sector cannot be overestimated.

While it’s not always a level playing field for Australia’s first people, Aboriginal business in Western Australia has been bolstered by the implementation of a State Indigenous Procurement Policy (IPP) in July this year and the establishment of the Noongar Chamber of Commerce and Industry (NCCI) a month later.

NCCI Chair Gordon Cole said the current status of Aboriginal employment and business ownership in WA was active and vibrant.

“Indigenous business is the ‘sleeping giant’ in Australia and should be viewed as a growth area of the economy,” he told Leader. “There are many indicators that point to a turning economy that will provide more jobs across many sectors.”

According to the findings, just over six per cent of the Indigenous workforce nationally is comprised of business owners. While this is less than half the non-Indigenous proportion, the gap is narrowing.

The census identified almost 12,000 Indigenous business owners. Growing at an average rate of around 600 net new businesses every year, this surge in percentage terms (23 per cent) is four times the rate of non-Indigenous business growth between 2011-2016.

However, there is still a lot of work to be done; the challenge for the Indigenous community and wider Australia to create the business of tomorrow is to foster the conditions required for businesses to prosper.

The Federal Government’s IPP is one such lever that has been key in driving government spend with Indigenous businesses. Established in 2015 and with targets now set at three per cent for all government department contracts, spend has exploded from $6 million to over $1 billion in the third year the policy has been in place. In July 2018 the State Government commenced the implementation of a WA IPP, which has been welcomed by Aboriginal leaders and businesspeople in this state.

Mr Cole said government had started to understand the many facets of what was required to advance Indigenous businesses.

KPMG Arrilla Indigenous Services Director Glen Kelly said while there was a positive trend in Aboriginal business development and ownership in WA, there were relatively few Aboriginal businesses in WA compared to other locations such as New South Wales and South-East Queensland because the impact of the Federal IPP was less substantial in WA.

“Even so, there has been strong growth in Aboriginal business in regions such as the Pilbara due to the resources industry and native title agreements,” he said. “This has led to new outlooks on business development and has generated entrepreneurship in this, and other regions, of the state.”

Mr Kelly said the WA IPP would provide improved access to government procurement for Indigenous businesses and see further growth in the sector.

“We see this as is a very positive development which has been widely welcomed, and is one which is anticipated to see the development of Aboriginal business spread more evenly through the regions – and reduce reliance on the resources sector.

“These interventions, which remove barriers of access to government clients, have generated enormous opportunity and have emphatically shown that, despite the raft of negative comments prior to their implementation, Aboriginal people are more than ready and able to engage in enterprise.

“Further action by government should address other barriers that are experienced by Aboriginal businesses in areas such as finance and to incentivise corporate Australia to more fully engage with Indigenous business.”

Christine Ross, managing director of her own consultancy which specialises in Aboriginal employment programs, training, facilitation and mentoring programs, said one of the main barriers to Aboriginal people succeeding in business stemmed from a general lack of trust that an Aboriginal-owned business could successfully deliver a service on time and provide a good product.

“We constantly have to prove ourselves twice as much as everyone else, particularly Aboriginal women,” she said.

“It’s understandable that companies wanting to employ us want runs on the board, but if you are just starting out you are looking for that opportunity to break into a particular market; it can be a catch-22 situation.”

Mr Cole said if Indigenous culture was valued more there would be greater involvement of Indigenous people in the commercial economy where employment and business opportunities would have a lasting impact on closing the gap.

“We are always seen as recipients of the economy and never contributors to the economy; we need to turn this mindset around and demonstrate that Indigenous business is good business,” he said.

“Corporate Australia is slowly embracing Indigenous businesses and has various mechanisms to effectively engage with them. These include contracting opportunities through their respective supply chains, along with subcontracting and the development of strategies like Reconciliation Action Plans and Indigenous Engagement Plans.”

According to a KPMG report titled Census Insight Series: Accelerating Indigenous Entrepreneurship, while the growth in Indigenous business is encouraging, it is also worrying because the types of businesses owned and operated by Indigenous people are largely ‘old economy’.

“They are manual labour businesses in an Australian economy that is being pushed and pulled into the fourth industrial revolution where business built on digital, robotics, artificial intelligence and machine learning will be the winners,” the report said.

“Children, teenagers and young adults are ready to seize on new competencies that power the startup economy. They are also likely to be avid users of new digital services. With access to an internet connection and new technology, there is new potential for Indigenous Australians to access global audiences.”

The report went on to say that there was currently a push toward STEM (science, technology, engineering and mathematics) skills and additional new economy skills like coding and entrepreneurial business fundamentals to be taught in schools and universities. If extra effort was made to bring Indigenous Australia into the frame, it would ultimately have an equalising effect on opportunity.

Achieving this requires providing young Indigenous Australians with equal access to tech education, training and learning opportunities. This may lead to completely unique Indigenous ventures, or simply a reasonable proportion of Indigenous entrepreneurs working at the cutting edge of new enterprise.

Mr Kelly said there were many positive initiatives underway to engage Indigenous people in school and attain higher levels of school retention.

“Even so, the standards of education in the Indigenous community are not high, so much more work needs to be conducted,” he said.

“Within these programs, an emphasis needs to be increasingly placed on STEM subjects and technical skills, as these are the areas set to provide both employment and business opportunities for people in the future.”

Mr Cole agreed there were many initiatives endeavouring to tackle the area of education through schools, colleges, training institutions, vocational training, the job active network, apprenticeships and cadetships.

“Along with successful direct employment and training programs by corporate and government Australia, the community sector is also active in these areas,” he said.

“If more parents valued education we would see more young people graduate and go on to important tertiary and vocational training that would lead to long-term career based employment.”

Role models, be they parents, business people or community leaders, play an important role in giving people an idea of what’s possible, and sharing their experiences with others helps in overcoming barriers.

“We desperately need our people to be very successful as they are the tips of the spear leading the way for all our community who aspire to be successful in business,” Mr Cole.

Ms Ross agreed Aboriginal leaders and role models were incredibly important to supporting Aboriginal businesses. As an example, many of these people were business owners or they proactively supported family and friends by becoming ambassadors.

“A lot of our elite Aboriginal sports people have gone on to become successful business owners across a number of industries,” she said.

“I have left good jobs due to bad managers; it’s not worth being in a workplace that is unsupportive and works on micromanaging,” she said.

“Having worked in Aboriginal employment for over 25 years I have extensive knowledge, skills and experience that I bring to any workplace that may have a proactive Aboriginal Employment Program. If a workplace does not value my cultural knowledge, then it is not valuing me as an employee and I am not likely to stay.”

“As a leader I prefer to lead by example; I have always displayed a strong work ethic and professional integrity in all of my workplaces,” she said. “I very much value the contribution everyone I meet brings to any formal or informal gathering, not just a workplace.

“My leadership style is based on inclusivity and allowing others to reach their full potential. I am a strong believer in encouraging people to achieve their dreams and always ensure I give credit where credit is due in acknowledging their contributions.” 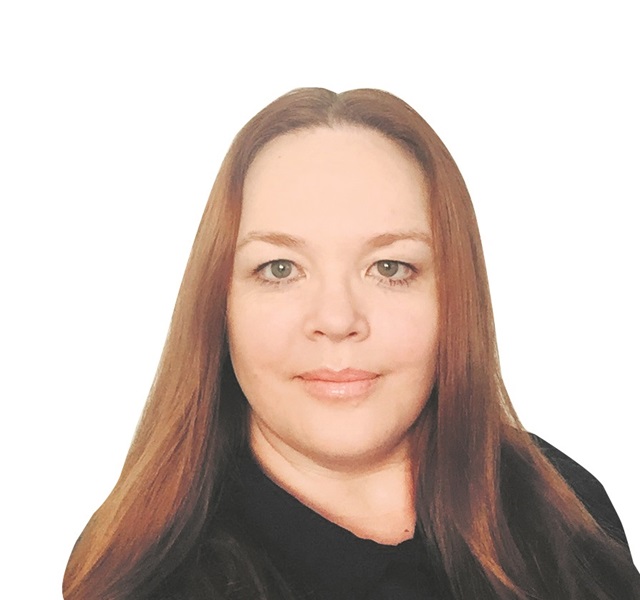 Louise Allan is Editor and Manager at Seven West Creative and is a writer for 'Leader', AIM WA's magazine for members.