Finding yourself along the way

The importance of knowing what you want and working out how to get it.

For Ms Tomkinson, the revelation that she was the only one concerned with her advancement was pivotal.

“When I graduated Northam Senior High School I had a moment when one of my classmates put their arm around my shoulder and I caught our reﬂection in the classroom window and noticed I was head and shoulders smaller than everybody else.”

This is how Royal Flying Doctor Service (WA) CEO Rebecca Tomkinson FAIM described an early revelation about herself and her position in society.

“I was absolutely astonished that I truly was little,” she continued.

“It was a genuine sense of naivety that I had.”

Not one to let her size (or lack of it) deter her, Ms Tomkinson participated in a local Police and Community Youth Centres (PCYC) gymnastics competition as a child – and won a silver medal.

This experience cemented for Ms Tomkinson the importance of institutions such as PCYC to local communities, something that would serve her well in her future career.

The win also underlined how determined she was even at a young age.

“It didn’t occur to me back then just how much strength there was in that small person and how important the ability to develop that capacity was,” Ms Tomkinson said.

Talking of her working life to date, Ms Tomkinson recalled some advice she received from her father.

“My dad said, ‘you are going to work for a really long time, you should ﬁnd something you like doing,’” she said. “I think that is the most eloquent piece of advice I have ever been given.”

Of course, doing what you love is but one part of the puzzle. Ms Tomkinson highlighted an early experience that taught her an invaluable lesson about leadership and upward mobility.

“Back in the day I was working in a kitchen, so I started very humbly,” she said. “I worked really hard and on one occasion there was a vacancy for the next level up. I thought it would be me because I was working so hard.

“To my surprise I didn’t secure the job. I was utterly devastated; I couldn’t understand why on earth I had been overlooked.

“When I got the courage to go up to the manager at the time, I said ‘why was it not me?’.

“She said to me, ‘I didn’t know you were interested, you didn’t ask’.

“As an 18-year-old I realised I needed to be able to understand what I wanted and how I would go about achieving it.

Learning to ask for what she wants has now become part of the fabric of her role at RFDS – which is most importantly to raise the funds to keep the essential service going.

Appointed in January 2018, she is accountable for the sustainability and success of the iconic WA service that provides life-saving aero medical care to the people of Western Australia.

“I am so privileged to lead an organisation that I actually believe in to the very bottom of my heart,” she said. “It means something to me on a daily basis.”

In an interview with The West Australian, Ms Tomkinson said: “My job is to take on our innovation baton into the next era. For me this is about disrupting assumptions about charity and not-for-proﬁt services like the RFDS.”

Another deﬁning moment in Ms Tomkinson’s early career came during her time working in local government, where she was placed in charge of a toy library project.

“I went about meeting the community at the toy library and they said, ‘we are really upset because everyone uses this community space; we work really hard to keep the toys nice and clean, then they just come in and mess them around and it isn’t okay for the kids’,” she said.

“This had been a longstanding argument over more than a couple of years and I thought, ‘we are going to resolve this, we are going to ﬁnd a solution’.

“The solution to that was very simple – installing some cupboards with locks.”

This early experience demonstrating her leadership style of getting things done, would go on to impact Ms Tomkinson’s career in a way she could not have predicted.

“Several years later I was applying for a leadership role within the council; it was my next big step,” she said.

As Ms Tomkinson was an internal candidate, the council hired an independent panel from outside the organisation which happened to include the Chair of the toy library.

“I had no idea I would be sitting in front of this individual two years later looking for that next opportunity,” she said.

Ms Tomkinson said she learned from this how important one’s conduct and engagement with others was “because frankly you just never know who might play a role in your future development”.

“There is serendipity in the authenticity that I brought to the relationship with the toy library and a beautiful reciprocity that comes from understanding you are just not sure what is going to happen next,” she said.

Since those formative leadership lessons, Ms Tomkinson has continued to hone her leadership skills during a period of unprecedented change, delivering transformative organisational initiatives across private, public and non-for-proﬁt sectors.

Ms Tomkinson holds key strategic advisory roles across a number of sectors and is deeply committed to the development of regional Western Australia – where she was raised and educated.

Ms Tomkinson said her husband had also played a signiﬁcant part in her career, stepping back from the formal work environment so she could pursue the role.

“It has been just as hard for him to take an unorthodox path,” she said.

“I was nine months pregnant in my toy library management interview. I wouldn’t be sitting here today if it wasn’t for who my husband is.

“He made the generous decision to be with the children through this period because I was all in. I’m going be honest about that because I couldn’t give that level of commitment without his decision to support me.

“Socially, that is still challenging.”

According to Ms Tomkinson, being a leader is about being accessible. “I hope my team would describe me as having their back and that we are truly collaborating,” she said.

“I want everyone in my leadership team to be able to do my job if I leave.”

She summed up her career so far as an exploration and discovery of self. “I spent a lot of time really understanding who I was,” she said.

“What was it that I genuinely wanted to do – not what people told me I should do, not what I thought I was good at, but actually what did I really bring to the world?

“I spent a lot of time moving through programs at AIM WA and went through my own personal journey to get a sense of who I was. For a long time I looked for others to lead me.

“What I discovered was that I had to forge my own path. There have been many extraordinary people who have assisted me to ﬁnd that, but ﬁrst you must know who you are on that journey.” 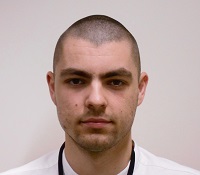 Rhys Prka is a Journalist at The West Australian Newspapers and is a writer for 'Leader', AIM WA's magazine for members.