Training your mind and unlocking your potential

Regular mindfulness practice could be the key to combating stress and improving mental wellbeing.

An ancient eastern practice is finding new purpose and popularity in a western society seemingly more stressed than ever before.

While it might once have been met with scepticism and raised eyebrows, the Buddhist tradition of practicing mindfulness is now being ﬁrmly embraced by Australians from all walks of life.

A widely touted tool for combating the stresses of daily life, and commonly used to reduce symptoms of anxiety and depression, increased acceptance of the practice has given rise to apps like Headspace and Calm which guide you through short mind-training sessions.

Both apps have been downloaded more than 10 million times.

These numbers come as no surprise when you factor in that 5.2 million Australians over the age of 18 are affected by stress, according to fresh data from the Medibank Better Health Index.

In light of these troubling statistics, businesses and schools are now introducing people to mindfulness techniques in a bid to improve their overall health and wellbeing.

But why does it seem to help and what is the theory behind this ancient tradition?

If you’ve never tried practicing mindfulness or it simply didn’t work for you, then keep reading because Leader picked up some insights from mindfulness guru David Michie at AIM WA’s recent Your Best Self Series Luncheon, A Taste of Mindfulness.

The Perth-based expert said the most commonly accepted deﬁnition of mindfulness was paying attention to the present moment deliberately and non-judgementally.

“We are often not thinking about what we are doing, but something completely different,” Mr Michie said. “Anyone can be mindful for a short while, but if you try to be mindful of anything for any length of time you will ﬁnd your mind has a way of sneaking off and doing its own thing.

“The ability to think about what is not happening is a cognitive achievement that comes at an emotional cost.

“We are very clever to think about something which isn’t actually happening, but we are paying for it.”

Mr Michie said mind training was very similar to physical training, where all you had to do was apply yourself each day to reap the rewards.

“A few weeks of meditation is sadly not going to make you feel like the Dalai Lama ﬂoating through life, it’s going to take a bit more practice than that,” he said.

“It’s amazing how many times people come up to me and say ‘I tried mindfulness once and it didn’t work for me, my mind is too busy’.

“But it does work. It’s like going to the gym, if you put in the hours you will beneﬁt.”

Leading the audience through a couple of short mindfulness exercises, which included a body scan and breathing session, Mr Michie said it was about giving yourself permission to focus on nothing.

“In the West we have a strange view of the mind and body being entirely separate,” he said. “Mind has a direct impact on body. It’s one holistic system, when you affect one you affect the other.

“Mindfulness can boost your immunity to getting sick, it helps a lot with sleep and can even slow the ageing process.”

When people engage in regular meditation sessions they can unlock a treasure trove of brain potential, according to Mr Michie.

“When was the last time you had a great idea when you were angry?,” he asked.

“It only happens when you’re feeling a bit playful and relaxed.

“The only thing between us and enjoying the beneﬁts of our mind is agitation, this constant narrative chatter.

“If we learn to be rid of them, we can start to appreciate how amazing our minds are.” 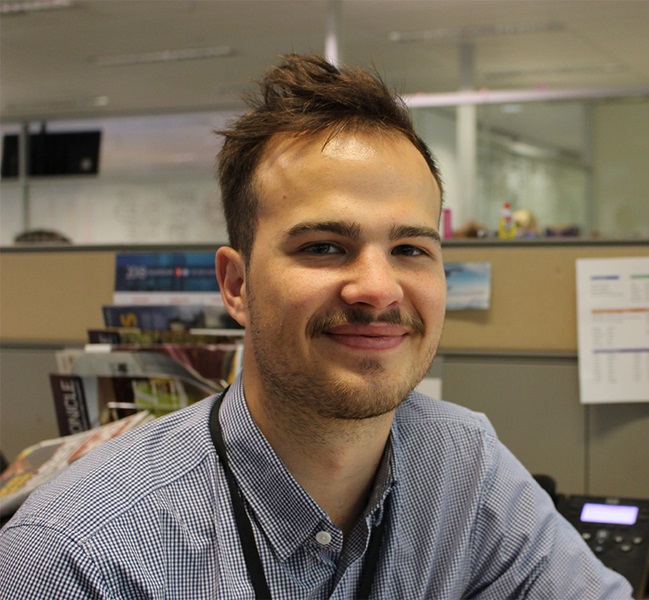