Our workplaces are brimming with bad bosses – the boss who is missing in action, the master manipulator, the manager who always takes credit for their underlings’ achievements and that dreadfully annoying boss who flits around like a dizzy moth.

Some lack empathy while others fail to lead by example.

There is also the manager who is as slippery as an eel, the befriending type who tries to be everyone’s best mate, the micromanager who controls even the simplest of tasks and the shockingly sooky boss who is more sensitive than a barometer.

Nothing sparks a more colourful discussion than asking employees to share their experience of working with an abysmal boss.

An international research project involving 28,000 workers found the most common type of bad boss was not the one who failed to offer support or was disrespectful – instead, it was the boss who did not know how to do their job.

Increasingly called empty suits, these are bosses who look the part on the outside, but there’s nothing or very little on the inside; they are incompetent.

This should surprise no one.

Organisations across the corporate, government, not-for-profit and charitable sectors are flooding our workplaces with incompetent bosses by persisting in promoting people to management roles without due regard to the attributes required for management success.

While it might seem logical to choose the most talented salesperson to be the team’s new sales manager, that thinking is fundamentally flawed – the job of an individual sales professional is substantially different to that of leader of a team of salespeople.

The sales manager’s job might well require product knowledge along with sales skills.

More importantly, it will also demand an additional and substantially different set of skills to support the success of those in the team – the skills of management.

The new sales manager is unlikely to know how to be a good manager and might even lack the passion for leading others.

In that case, the net result is the workplace loses an outstanding salesperson and gains a poor manager.

And as painful as that sounds, it happens far too often in our workplaces and leaves new bosses to discover they are suddenly out of their depth and struggling to cope.

Alarmingly, too, once embedded in management, bad bosses tend to remain in their roles despite their incompetence because it seems incompetence is often not enough cause to be fired.

Of course, there are exceptions in the modern workplace: you may well be one yourself or you might have witnessed first-hand a great technical operator who became a great boss.

But if you have a good look around your workplace or reflect on past places of employment, you will be able to pick out the team leader, supervisor or manager who is totally out of their depth and comfort zone.

Organisations must take urgent action to ensure they do not remain complicit in breeding successive batches of bad bosses.

We need workplaces to focus on assessing the characteristics of job candidates that are better predictors of managerial success, including experience in working with others, emotional intelligence and communications skills. And we must provide ongoing support and training to those in newly appointed management roles.

The failure of many workplaces to take on these basic steps explains why so many of us have a bad boss story to share.

For those stuck in management roles that make them feel like a fish out of water despite the perks on offer, accept the sobering realisation that being the boss might not be worth the sheer burden it inflicts on you. 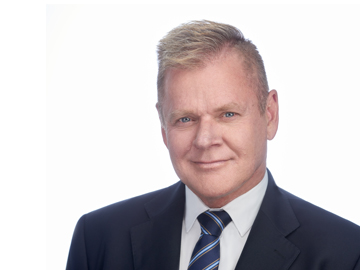 Gary Martin is Chief Executive Officer and Executive Director of the Australian Institute of Management in Western Australia. He is a learning and development specialist with extensive experience in the design and delivery of programs in Western Australia and internationally. He is currently an Emeritus Professor of Murdoch University and Zhejiang University of Technology (Zhejiang Province, China), as well as an Honorary Professor at Guangdong University of Business Studies (Guangdong Province, China).