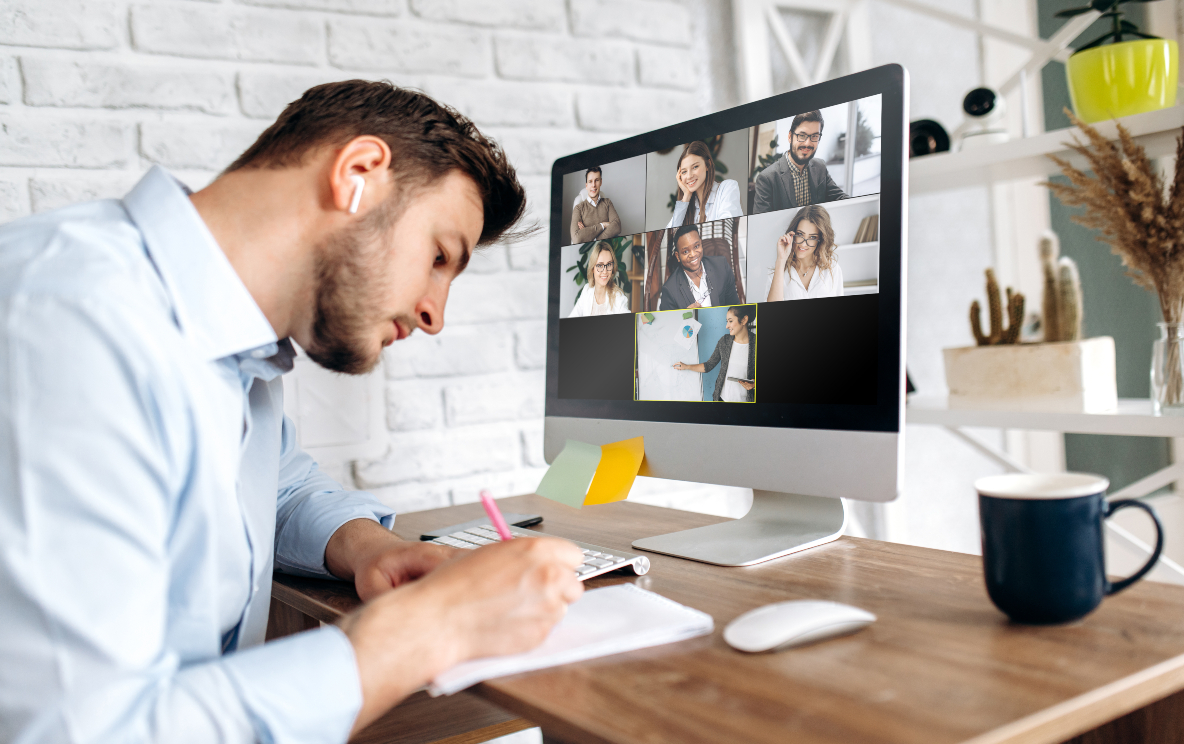 How good is small talk? Said no-one ever

As uncomfortable as conversations about the weather, traffic or what you had for breakfast can be at times, they are, in fact, crucial to a comfortable conversation in the digisphere, according to critical thinking and communication facilitator Bethan Winn.

An individual’s body language in-person can be read by the way they are standing, what they are doing with their hands or their facial expressions.

In the current work from home era, our digital body language has come under the microscope and how we communicate online through email, phone calls and video calls is a vital part of our work.

Ms Winn said when it came to phone or video calls, small talk was the warm-up before the main event and was crucial in the digital body language world.

“Establishing rapport at the beginning of a call is so important,” she said.

“For someone to feel comfortable speaking to you, we need that warm-up.

“Spend a little bit of time establishing commonalities at the beginning of the call and checking in with someone.

“Setting that positive tone is very useful, particularly when people are working from home – they’re sapped of connection.

“Small talk is vital to ease into whatever we are doing, so that we’re establishing a relationship with the person before we get down to business.”

Video calls, whether through Zoom or Microsoft Teams, have become a regular occurrence in the diaries of those working from home and should not be brushed off as being less important than an in-person meeting, according to Ms Winn.

“It’s important to have the camera on, particularly if there’s a small group,” she said.

“Always have the camera on and, if you don’t have it on, you need to let people know why.”

Ms Winn said not turning on the camera just because you had yet to do your hair or brush your teeth that morning should not be a reason to have the camera off.

“But the likelihood is that they are so worried about their own hair, teeth and pyjamas that they don’t care about you.

“It’s more distracting for your camera to be off for no good reason, as opposed to your hair being messy.”

Digital body language for those on the receiving end

Ms Winn said in a video call, it was worth considering how it felt for the person leading the meeting or the person trying to communicate with you if all they saw was a blank screen.

“When I’m presenting at AIM WA, online to a group, communication is a two-way street,” she said.

“If I’m getting nothing – no audio feedback, no emojis on screen, and I can’t see their face – I’ve got no idea whether what I’m saying is landing and can’t facilitate effectively.”

For the majority of people who do have their cameras on, Ms Winn said explaining why you were looking away at things such as a second screen, or if you were making notes while someone is speaking, is very useful and helps give the other people context.

If you check your phone while on a video call, Ms Winn said it could have the same contagious reaction as a yawn.

“When we see someone else on their phone, it makes us want to check our phone as well,” she said.

“It’s catching – if you’re distracted, it’s more likely to make the other person distracted too.

“Be aware that if you want people to focus, you have to give your focus.”

Ms Winn, who facilitates the Effective Email Communication course at AIM WA, said our digital body language was picked up by the style we used to communicate through email.

“When we are communicating with someone, the amount of shared experience we have with them will influence the way we will write to them,” she said.

“Sometimes it’s nice to add personality to our emails, so we might do that through multiple exclamation marks or emojis, or by adding a little smile at the end.

“Anything that relies on the tone of voice and delivery should be avoided in email, so sarcasm doesn’t work.”

When it comes to ways to develop and improve our digital body language, Ms Winn suggested being more self-aware, observing how other people communicated through video calls and how they structured their emails or used punctuation, and if you thought it was effective, incorporate it into your own repertoire.

“I like the idea of adding in a bit of personality and colouring in your communication,” she said.

“Context and knowing your audience are absolutely crucial to any communication.

“It would depend on the company culture and what’s considered acceptable.”

Bethan is a critical thinking and soft skills facilitator who can help your team think better, problem solve creatively and communicate effectively. You can connect with Bethan on LinkedIn

How to stay relevant in your career

Not everyone is a natural communicator. Fortunately, it's a skill that can be easily learned. This course covers a range of essential skills, communication techniques and strategies to become a more effective and confident communicator.

Inbox zero is fleeting, but you can regain some control