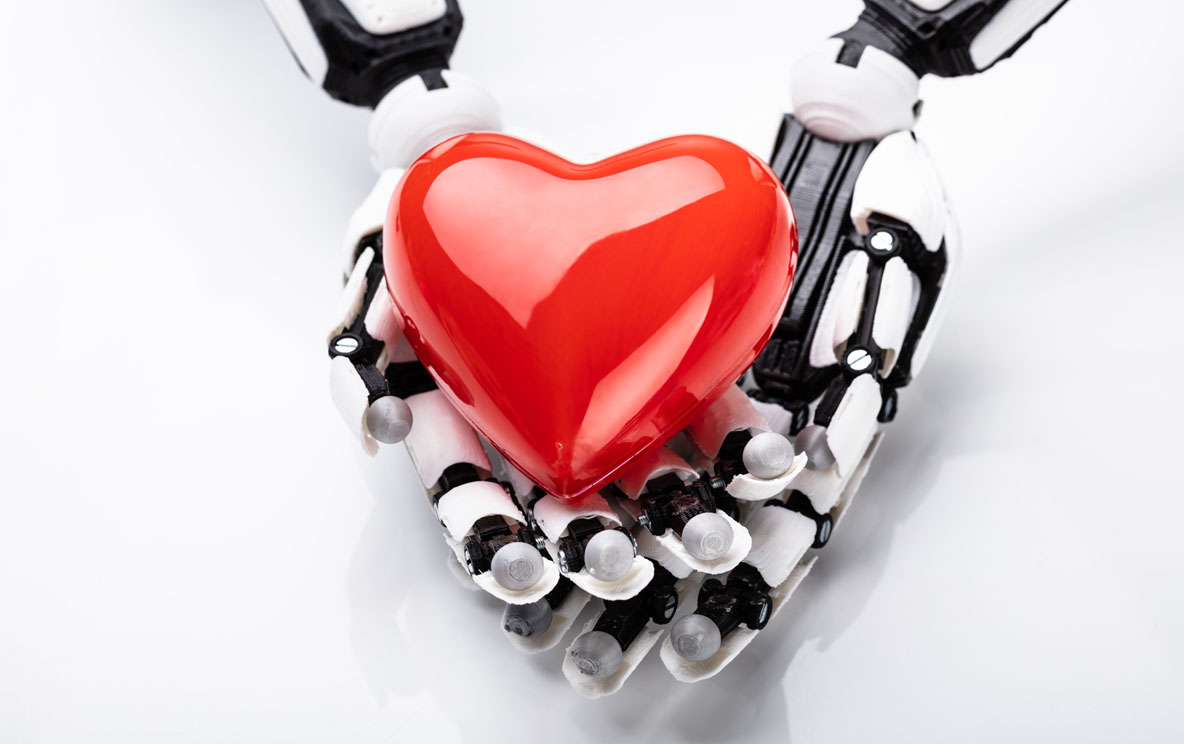 Understanding and embracing the technology of the future

The phrase workplace automation often brings to mind a sci-fi future of robots and artificial intelligence doing all the work for us.

While that might sound exciting, or terrifying, in reality automation is already integrated into a variety of workplaces in more subtle ways.

“The first is physical automation, where machines do things in ‘the real world’ that previously only humans could do,” he said.

“Examples are self-driving trucks on mine sites in the Pilbara, the Hadrian X bricklaying robot developed by Perth-based company FBR, or the self-service checkouts at supermarkets.

“The second kind is digital automation, which happens in software, often powered by artificial intelligence.

“We experience this with Skype video calls that can translate live speech into more than 60 languages, medical software that analyses and diagnoses x-rays and MRI scans better than humans, or customer service software that provides personalised real-time support.”

What’s the general consensus on automation?

According to Principal Analyst at Forrester – a research and advisory company – Sam Higgins, Australia had always been friendly towards automation due to the country’s relatively high minimum wage.

“Social democracies with high minimum wages and safety nets typically automate all sorts of things long before other economies,” he said.

“Try and find yourself a human operated toll booth in Australia. There may be a ferry crossing here or there but beyond that, you just won’t find it.

“Whereas there are swathes of countries and parts of the US where that’s still quite prevalent.

“So our economic structure and smaller population means we’ve tended to automate ahead of the curve.”

Where is automation currently?

Mr Higgins said workplace automation was at an augmentation stage of integrating into current roles.

“The conversations I’m increasingly having in the market seem to be focused on how can we use automation to make the life of the employee better?,” he said.

“You see this with Microsoft and its Viva technology, which tries to understand your behaviour and prompt you to, for example, block out focus time if you seem to be having a lot of half-hour meetings, which may not be good for your mental health.

“If we’re talking about trying to entice people to come and work, we don’t want to lose people because they’re not having a great working experience, so using automation in that way is an interesting pivot.”

Mr Higgins said it was important to take note of what automation could not do.

“Technology doesn’t empathise and it can’t think from a position of inspiration in a creative sense,” he said.

“So, when we think about the value of humans, it is in some of these problem-solving spaces that these systems can’t do.

“How creative your company can be will differentiate you more than whether you can just automate employees out of existence.

“You’re using automation to free people up, but it’s the people and their creativity that will actually make you the money.”

“Even with those personal experiences, we should focus on automating everything that creates friction or gets in the way,” he said.

“For example, a physiotherapist needs human contact with her clients – both for physical therapy and patient-client rapport.

“But some parts of her work can be automated such as appointment reminders, data entry, requesting scans, diagnosis and analysis of scans, billing and ongoing support.”

“The physiotherapist would be much happier spending more time with clients instead of doing paperwork and administrative tasks.”

The impact of automation on future jobs

However, Mr Perera said job losses were still likely as a result of automation.

“A forklift operator in a warehouse becomes obsolete in a fully automated warehouse, call centre customer service operators can be replaced by chatbots and a data entry operator can be replaced with software that scans, cleans and enters data automatically,” he said.

“According to the World Economic Forum’s The Future of Jobs Report 2020, by 2025, 85 million jobs will be displaced by robotics and automation, but the same report predicts that will also create 97 million new jobs.

“The catch is they aren’t the same jobs, so leaders also need to reskill and upskill their people and themselves for a different kind of workplace in the future.”

“This is your B Corp businesses such as people running not-for-profits as a career – we call these people mission workers,” he said.

“These are people who use all this technology to their advantage to move to work they find more fulfilling and more balanced.

“Some great examples of this are things like The Good Box co-founded by Madelyn Jones and Gali Blancher and the mobile laundry service for the homeless, Orange Sky Laundry, which was created by 2016 Young Australians of the Year Nic Marchesi and Lucas Patchett.

“There’s a portion of the working population who can choose to do things that we wouldn’t have been able to let them do before, because we would have needed them in the body of the workforce.”

Mr Perera said employers should embrace automation as an opportunity, rather than fearing it.

“Start by looking for ways to automate the menial, boring, repetitive, time-consuming tasks that annoy and frustrate your staff and customers,” he said.

“That alone will make a big difference and helps your people understand and accept automation as a normal part of workplace evolution.

“If you see automation as a real threat to jobs in your organisation, start the conversation now, with staff, unions, the media and other stakeholders, to invite people on the journey.

“Much of the current discussion about automation is at two extremes – either the bottom-line benefits for employers or the drastic job losses for employees.

“For most organisations, the reality lies somewhere in between.

“The most successful people will be those who understand that greater automation is inevitable and ask how they can be part of that change.

“If you’re a leader or manager, help your people with that transition.”

Get on the front foot of automation

“There’s a lot of intellectual property that can bleed out very quickly from an organisation when automation is rushed through,” Mr Higgins said.

“If automation is there to eliminate roles and to make the organisation more people-efficient, then what is the plan for those excess people, how are you going to redeploy them and where is the opportunity?

“Don’t just assume that you can or should get rid of them all.

“I think the bottom line for managers is not to sit by and let the tide of automation rise around you, but rather prepare yourself for that inevitability and get on the front foot."

About Gihan Perera
Gihan is a Leadership Futurist and Speaker who works with business leaders to help them lead and succeed in an uncertain but exciting future. He is the author of Disrupted: Leading the change through crisis, recovery, and growth. You can connect with Gihan on LinkedIn
About Sam Higgins
Sam is a Principal Analyst at Forrester. His research focuses on business and information technology (IT) alignment, CMO and CIO collaboration and the employee experience for IT teams and technology leaders. Additionally he look at local and regional adoption of emerging technology and digital transformation. Sam works as an advisor in these fields for multiple industries and is a regular facilitator, panellist and speaker. You can connect with Sam on LinkedIn

How to become digitally savvy

Latte or not, your local café is not your office

Change is the only constant

Jargon and the new normal of office speak