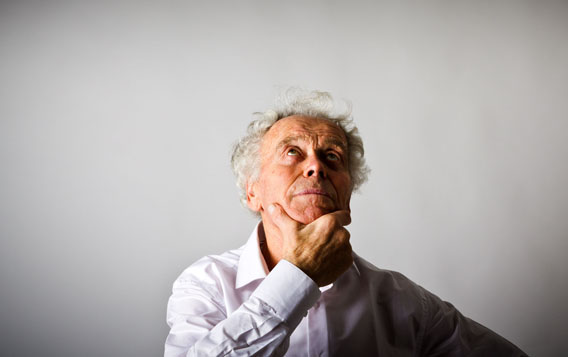 Recruiting for diversity and inclusion

While it is widely accepted that diversity has an integral role to play in the workplace, a common misconception is that it is simply about ticking boxes – ensuring an equal male-to-female staff ratio and hiring candidates with varying cultural backgrounds.

Studies have shown a genuine attempt to foster all types of diversity allows for raised productivity within a business, but diversity doesn’t just boil down to demographics, it also refers to different ways of thinking – from how we problem solve to our personality types.

A Researcher and Lecturer in Work Psychology at the University of Western Australia, Dr Darja Kragt works closely with executive managers, team leaders and professional staff.

“From a research point of view, there are so many benefits to diversity in the workplace,” she said. “Anything that we look at in terms of organisational outcomes, financial performance or the climate and culture, all of that is shown to benefit positively from diversity.

“At a team level, things like creativity, conflict resolution and general performance all seem to be impacted.”

A significant hurdle to achieving these positive outcomes in many businesses, however, is unconscious biases, Dr Kragt said.

We all show unconscious bias towards other people, she said, but in leadership roles the potential for negative impact from this can be compounded, especially when it comes to hiring patterns.

“Within that I look at how we can develop leaders who are more inclusive in their teams – in particular tapping into issues of diversity and broadly the function of diversity of skillsets.”

“It’s all about working with the leaders and changing the beliefs they have to be more inclusive as an outcome.”

This, for Dr Kragt, is the key.

Underscoring the point that it is not enough just to hire more employees from varying backgrounds to meet a diversity quota – she said getting diversity right started from the top with leaders understanding the secret ingredient to realising the power of diversity – inclusivity.

The difference between diversity and inclusivity

With the concept of diversity ever broadening to accommodate factors such as sexual orientation, physical and neurological differences, age and socio-economic status, it is not enough to simply add people of different backgrounds to a team – they need to be understood and accepted.

According to Dr Kragt, diversity and inclusivity go hand in hand, as inclusivity refers to how a workplace culture enables all employees to participate and thrive.

“To me, diversity describes all the possible individual differences – this could be a demographic or skillsets.”

“Inclusivity is the way that we think about diversity and the way to become more accepting of it, not just to accept it but think, ‘how can we make the differences work and benefit our organisation and teams?’.

“Ways to think about inclusion are to be inclusive of yourself and, in particular, understand self-views and how self-views can influence others – the other related angle to that is unconscious bias.”

Hiring a team with diversity and inclusivity in mind

Research by Deloitte has found that when employees think their organisation is committed to and supportive of diversity and inclusivity, they’re more likely to implement better business performance in terms of their ability to innovate, collaborate as a team and have better responsiveness in terms of changing customer needs.

“Differing backgrounds are beneficial to a range of workplace outcomes, so we tend to all benefit from that even in the sense of becoming more accepting of everyone,” Dr Kragt said.

“If you are aware of your unconscious biases then you’re appreciating people for what they can bring to the team rather than acting on negative stereotypes.”

When hiring new employees, Dr Kragt recommended managers check in on their unconscious biases from an organisational perspective, with a reputation for diversity and inclusion more likely to attract better candidates.

“Managers need to let go of the stigma that just because someone is from a different background or has differing skillsets, it means they won’t fit in,” she said.

“That idea of not fitting in is driven by unconscious biases.

“It’s important to come together as a diverse team and facilitate those discussions around how we can work to enable the beneficial outcomes of diversity.”

Dr Kragt is a researcher and lecturer in Work Psychology at The University of Western Australia and has her feet firmly in the ground in evidence and data. Dr Kragt is also course facilitator, where she has designed numerous leadership development workshops and programs for professionals – including the AIM WA course: Understanding Unconscious Bias for Effective Leadership. You can connect with Dr Kragt on LinkedIn

Unconscious biases affect important organisational processes, such as recruitment and selection, performance management and diversity and inclusion. This course will help you to better understand and manage your own unconscious biases.

Human Resources The challenge of underperformance

Addressing sexism before it walks in the door