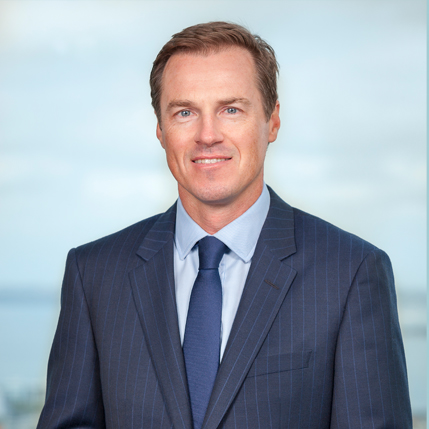 Investing. Much more than a game of luck

“Although it’s easy to forget sometimes, a share is not a lottery ticket... it’s part ownership of a business”. When it comes to the game of investing, this is sound advice from US mutual fund manager Peter Lynch.

Back in February, Australian stock market analyst Dale Gillham shared some eye-raising figures indicating that only 10 per cent of traders made money consistently when buying and selling shares. Another 10 per cent broke even when trading on the stock market and the remaining 80 per cent of people lost their money to the system.

While poor success rates might suggest the stock market is fraught for many, the experts agree you don’t need to be Twiggy Forrest to figure it out.

But you do need to avoid treating the Australian Securities Exchange (ASX) like it’s a lottery ticket guaranteed to make you the next Warren Buffett and instead commit to a year’s long learning curve of hard work and self-education.

According to Azure Capital Joint Managing Partner Adrian Arundell, failing to put effort into understanding the value behind the trends is one of the top three biggest investment mistakes.

“The most common mistakes include following market trends without understanding underlying value propositions, not taking advice from experienced professionals in the market, such as stockbrokers, and not establishing a set of boundaries for investing,” he said.

At the moment, participation in the ASX is swelling, with close to nine million Australians now holding investments outside of their homes and superannuation – a quarter of which only took up investing in the last two years.

Women now make up 45 per cent of new investors and about nine per cent of people who don’t already manage their own superfund are thinking of taking charge within the next year.

However, he did cite some global programs with the potential to have a strong and positive effect on Australia, including the Biden administration’s $2 trillion proposal to upgrade neglected US infrastructure and boost the world leader’s economic recovery.

The hotly debated American Jobs Plan will reverse many of the prior government’s tax cuts, move the corporate tax rate from 21 per cent to 28 per cent and hike taxes on higher-earning Americans.

Meanwhile, leftover money will fund a plethora of green initiatives, bolster the electric grid, catapult nationwide high-speed broadband and address issues with clean water supply – made infamous in recent years by the mass reporting of lead-poisoned water in Flint, Michigan.

According to CommSec’s Economic Insights report on the bold bid, US President Joe Biden’s plan could support Australian sectors and listed companies, with predictions that extra money might jump across the Pacific and land in the hands of Australia’s construction material producers.

Mr Arundell said this speculation was one of a few key positives influencing the near-term future of the ASX. “The near-term drivers are extremely positive, flowing on from strong economic programs in international economies – more specially the US – local and Federal Government incentives in Australia, relatively full employment, increased consumer confidence and a buoyant stock market.

“There is, however, an increasing view that the market will be impacted over the next year or two by inflationary influences, in particular flow-on effects for interest rates.

“Other impacts may come from regulatory intervention on services such as buy now pay later (BNPL).”

Enabling consumers to partly pay for a product or service at the time of purchase then paying the remainder of the cost over a series of instalments, BNPL services have grown exponentially, with company reports from a number of ASX-listed BNPL providers indicating that the value of BNPL transactions grew by about 55 per cent in 2019/20 and tripled over the previous two financial years.

Potentially driving uncertainty in the market, BNPL services – although inexpensive for the consumer – can come at a significantly higher cost to merchants in contrast to other forms of electronic payment methods such as credit cards and debit cards.

A key issue raised by the Reserve Bank of Australia (RBA) is that merchants who accept BNPL payments are prevented by BNPL providers from levying a surcharge to recover the costs of providing its customers this service. This signals an unfair disadvantage for some market players given that the RBA has previously introduced requirements to prevent card schemes from imposing no-surcharge rules on retailers, allowing them to recoup the costs of accepting card payments which benefit their customers.

Mr Arundell said the market could also be impacted by the repercussions of an incredible surge in residential property prices across the country.

Following near-universal expectations that Australian property would sink in the wake of COVID-19, the buoyant market has certainly put egg on the face of naysayers.

Housing prices have been growing at their fastest monthly rate in 32 years, leaving market observers to revise their initial 2021 forecasts to much larger growth estimates.

Perth, in particular, forced the Real Estate Institute of Western Australia to budge on its original judgement that Western Australian prices would rise between six and 10 per cent, instead hoisting its prediction to 15 per cent back in April.

Around the same time, multinational ANZ shared its conviction of a 19 per cent lift for WA and a 17 per cent rise for the wider country.

Mr Arundell said these movements were causing disquiet and had changed the way Australians were buying and selling stocks.

“These factors are increasingly creating uncertainty in the market, with some chance that the performance of the market in the second half of the year will be moderated,” he said.

“An illustration of this increasing cautiousness is the recent transfer of value from ‘growth’ to ‘value’ stocks, reflecting the more significant impact that higher costs of capital have on the long-dated returns of growth stocks.”

Though the market outlook was cloudy, Mr Arundell said there were three large industries that would continue to be resilient no matter the macroeconomic trends – healthcare technologies, education platforms and cybersecurity.

Healthcare in particular ranked among the ASX’s top 20 shares by value and volume and has been spotlighted in recent years by government investment initiatives, including the nationwide rollout of patient information portal My Health Record.

As of April 2020, more than 22.75 million records had been created, encompassing more than 65 million clinical documents, more than 128 million medicine documents and more than 304,000 personal documents.

The digital database also blitzed healthcare providers, with 91 per cent of pharmacies, 92 per cent of general practitioners and 94 per cent of hospital beds registered on the My Health Record system.

According to the Commonwealth, the number of telehealth consultations have rapidly expanded, which has saved Australians the health risk of face-to-face appointments and has strengthened health access for people living in rural areas.

Education platforms have also been thrown into the spotlight following global school shutdowns and stay-at-home orders, while news reports of foreign hackers and data stealing have? kept the cybersecurity market firmly in demand.

“In particular I’m quite bullish about Australia's ability to develop novel solutions to deal with the highlighted risk of online security breaches,” Mr Arundell said.

For Australians who feel ready to jump into the wonderful world of Wall Street down under, Mr Arundell warned against falling for the common misconception that bluechip businesses were always a safe bet.

He said no business was impervious to market changes, particularly as global and local economies changed at breakneck speeds and influenced how companies operated.

Instead of prioritising investment in companies that have been on the books a long time, Mr Arundell encouraged an investment strategy where business leadership was examined, as well as unique offerings to the public.

“I think the most important thing to consider when investing is the quality of the people running the business, flowing from the senior executives through to the board members.”

“It’s then important to understand what the business does that is unique compared to peers and the overall addressable market.

“The best strategy I think to a good investment is to understand the track record of the management team, undertake peer benchmarking and speak to a professional advisor.”

He stressed there was no such thing as success off the back of luck alone, and all profit-making traders made sure to gain experience, put in the effort to achieve their trading goals and fundamentally undertake a learning journey.

Or, as Peter Lynch put it – “know what you own and why you own it”.

Adrian is the Managing Partner of Azure Capital, specialising in the field of Mergers and Acquisitions. You can connect with Adrian on LinkedIn

Leave a lasting mark with these foundations for compelling customer experiences

Organisational Performance Ask, how do we win?

Then gather the evidence and data

Organisational Performance Awards for business are a win for the community

An award winner, a judge and a writing specialist share their tips for successful awards entries