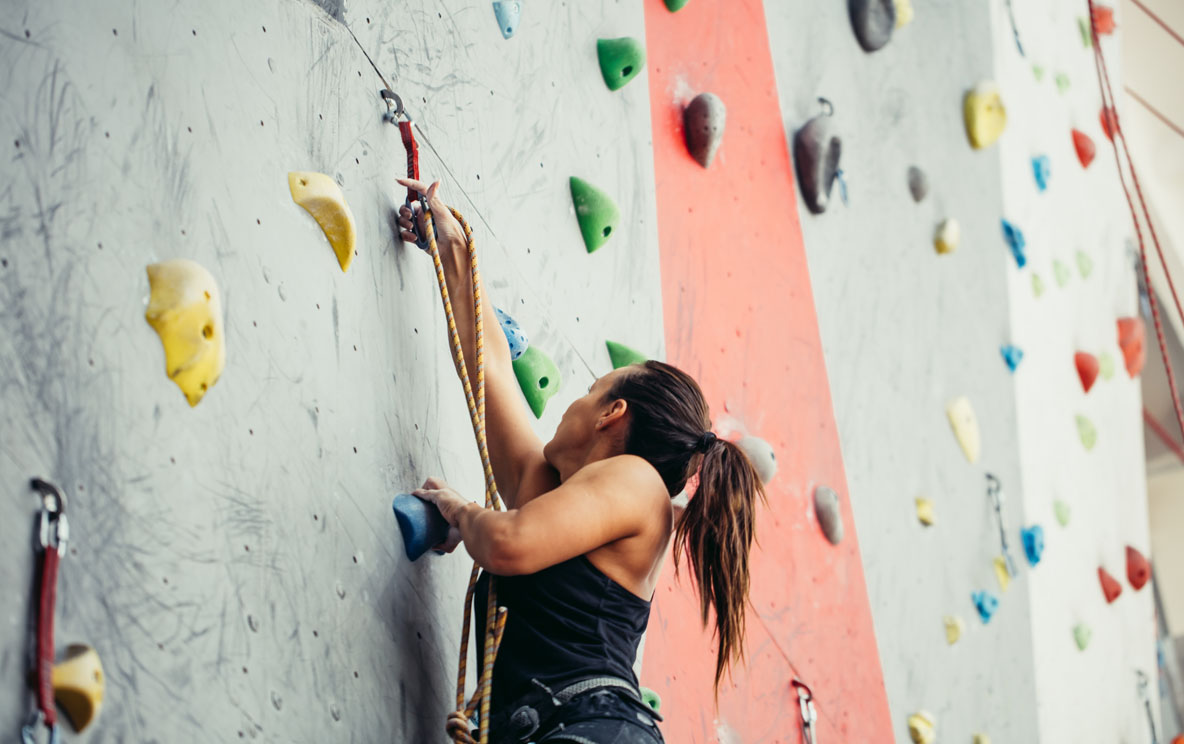 Is a higher-paying job always the right choice?

It only takes a few scrolls through LinkedIn’s newsfeed to see another success story of a high-earning professional and their climb from nothing to something – but are these stories a product of luck and hard work, or is there more to it?

While it may seem like an impossible task to make a career out of climbing the pay ladder, Strategic Career Management Director and Leadership Coach Helen Holan said it was simple but not easy.

“It requires people to have their eye on multiple things, and we find they often miss key components of what’s required,” she said.

“Once people are aware of all the things they need to be doing to increase their earning potential, it actually becomes much easier to achieve.”

Do not get caught chasing the money

Although climbing through promotional ranks generally brings a higher salary, Greg Bruce Consulting Principal Greg Bruce FAIM said it was important not to get caught chasing the money.

“There’s a fine line between having a plan and a strategy and being a job hopper – salary is not everything in the job,” he said.

“If you’re chasing the dollars as the sole component of your working life, you’re probably selling yourself short.”

Ms Holan said being hyper-focused on money was easily visible to potential employers.

“Particularly in Western Australia, it’s a very small market and it’s easy to get a reputation if you are one of the people who like to play the competition off,” she said.

“So if someone’s repeated strategy is to get an offer elsewhere, ask for a salary increase and then when that’s denied they jump ship, that’s going to be very visible to future employers.”

Ms Holan said individuals moving around jobs needed to make sure they were building skills and that there was a thread joining the roles together.

Step one – do your job well

“The first piece of advice has to be to do your job well,” Ms Holan said. “If that isn’t achieved, you’re probably wasting your time.”

According to Ms Holan, many employees are quick to ask for increased pay, when they should be asking for greater responsibility first to prove their capabilities.

She said workers should focus on their work and position themselves as an expert in a particular skill or subject to grow their status and command better pay.

However, it is common for good employees to have their work and skills go unnoticed from management level.

“One of the things that people do is they do their job very well, but it’s not visible within the organisation – they’re keeping it to themselves,” Ms Holan said.

“Make sure what you do is appropriately visible to others, and sometimes that’s just about making sure people can see what you’re doing.

“That might come through relationships or just being more open about what you’re doing.

“It might mean keeping a notebook and then, in your review, actually making sure you discuss that with key people.”

Step two –build your case for a promotion

It is easy to assume climbing the pay ladder and gaining promotions is a natural progression for strong talent in the workplace, however it is often those that build their case for higher pay or promotions that fast-track their career success.

When it comes to negotiating wages, Ms Holan highlighted the importance of being clear on what the employee brought to the organisation and cross-referencing that with market value.

“People often don’t get a sense of what their value is in the market and that’s quite easily obtainable information if you just do some research,” she said.

“Once you know what you have to offer and your value, you’ve got the basis for a good conversation – it’s almost like putting together your own business case.”

Although self-advocating one’s success may seem a little uncomfortable and self-absorbed, Ms Holan said this was necessary to highlight success in a role to employers.

Finding an ally in the organisation who will voice your success is another effective way of putting the spotlight on your skills.

“If it’s coming from a third party, it has the potential to be more powerful in influencing others about your capabilities, providing a greater argument for giving you a pay increase,” Ms Holan said.

There are raises other than increased salary

When it comes to negotiations, Ms Holan said many people were quick to forget extra incentives such as superannuation, flexible working arrangements, reduced hours or studies funded by the organisation.

“When cash is tight, the organisation might be a little bit more bound in terms of what they can offer you salary-wise,” she said.

“For some people, they might actually prefer you working four-and-a-half days a week but on the same salary. So, effectively, you’ve gotten yourself a pay rise but no-one’s having to actually pay more money out of their pocket.”

Taking a sideways or backwards step for future growth

The old notion of an employee joining a workplace and lasting the majority of their career there is one that exists less and less in modern times, especially as technology constantly evolves industries and workforces.

As some sectors boom and others become dormant, taking a sideways or backwards step in terms of salary to another position or organisation could have long-term benefits for climbing the pay ladder or job satisfaction.

“For some people, if it’s within their salary area, they’ll suck it up and say, ‘this is X-thousands less than my current role, however I can see the organisation is growing and developing’, and there might be some short-term pain for some long-term gain as far as the opportunity goes,” Mr Bruce said.

“There are so many other components to job satisfaction – the purpose of your job, the culture of the organisation, the environment, the team you work with, and the work/life balance.

“Having said that, it’s a pretty hot market as far as skill shortages. People are in demand in certain industries, so it tends to be more of a sellers’ market rather than a buyers’ market at the moment.”

According to Ms Holan, there are some industries where, historically, tenure has been long but that is not the case now.

“Even those organisations are starting to recognise the benefits of moving people around and what it does for their skillset and appetite for change,” she said.

“Proving you can take on different challenges and you can embrace change is one benefit of moving between organisations rather than staying put.

“Sometimes there’s a clear rationale for jumping ship because, in a lot of organisations, career progression is limited, there’s a layer of roles missing or you need to exit to build specific skills externally that you can’t build in-house.”

Ms Holan said taking these sideways or backwards steps had advantages, however if the salary reduction was too big it might be hard to recover from.

“Sometimes you hit a ceiling in an organisation – maybe it’s a smaller organisation where there just aren’t enough roles available,” she said.

“People may want to move into a larger organisation where there’s more lateral and vertical opportunities.

“If that’s the case, they might have to move slightly backwards or sideways.

“So, there might be an agreement that they move sideways or take a backwards step initially just to sink their teeth into the new role, prove themselves and then move up.”

Mr Bruce said knowing when to stay and grow in an organisation or understanding when the ceiling has been hit is key to maximising growth through the pay ladder without stagnating.

However, he said job satisfaction across these positions was a good indication an employee was being effectively challenged, paid and given the opportunity for growth.

Helen is the Director of Strategic Career Management and has more than 10 years’ experience supporting clients via career, leadership and team coaching, programs and workshops. You can connect with Helen on LinkedIn

Greg has more than 30 years’ experience consulting across a range of businesses and organisations, providing services in career counselling and coaching, recruitment and retention, organisational and culture development, employee assistance programs and psychometric assessment. With tertiary qualifications in organisational psychology, management and business, Greg serves as Chairperson of CBC Fremantle’s College Advisory Council and is a Director at Perth Football Club. You can connect with Greg on LinkedIn

Career Development Move over staycations, the workcation has arrived

The work-vacation is taking off and it has many advantages