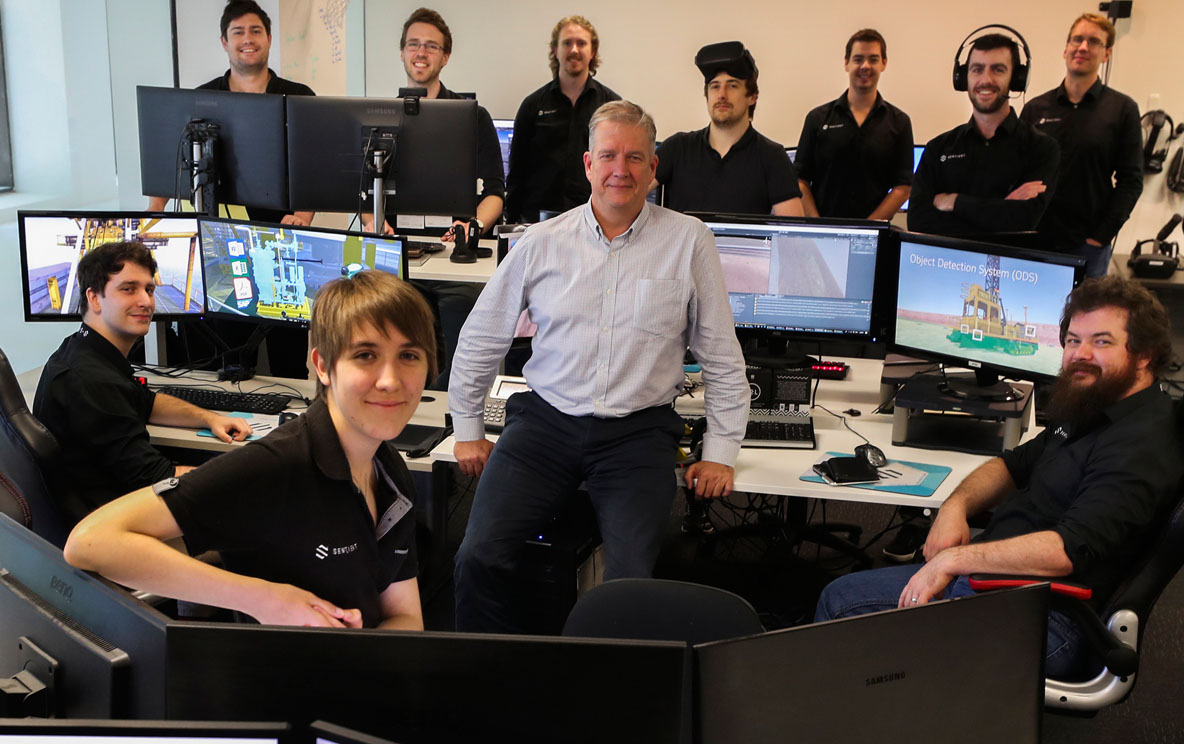 Why VR is more than fun and games

Virtual Reality (VR) has been at the forefront of entertainment and gaming innovation for years now, and the industrial sector is starting to catch on.

As the technology matures, companies are beginning to leverage the powerful immersion of VR to train their employees in a safer, more effective and more efficient way.

Managing Director Doug Bester recounted how VR transformed from a technological novelty into a revolutionary tool for the resources sector.

The VR journey for Sentient Computing

Mr Bester said he initially saw VR as a tool for entertainment, before realising its ability to mimic dangerous environments.

“When modern VR headsets started to come out, we bought some as an interesting technological distraction for my employees – mostly for gaming and team building,” he said.

“I didn't actually realise the ability of VR to immerse people inside dangerous environments – you can simulate different scenarios like underground mines or oil platforms, which are hard to access and can be dangerous. It was very accidental that we ended up in this space.

“When we first started developing content for VR, the benefit to industry wasn’t really considered and then VR became more ubiquitous, so we pivoted and got into VR training.

“It’s become one of our staple income streams, which was totally unexpected.”

Mr Bester said although the price of VR training could still seem high, it was more practical and effective than workshops and cheaper than onsite training once logistical costs and time were factored in.

“Let’s take site orientations as an example,” he said. “Normally you'd need to fly somebody to the site and have experienced personnel dedicated to showing them around. There would be accommodation, flight and other logistical costs involved.

“To cut down these costs you can show the trainees a video of how to do something or assign them some documents to read, but in VR you can actually let the employee learn by doing the task itself.

“Training by doing is considered the most effective of the teaching methodologies."

"In VR we have the additional ability to let people train by failing, without the cost and injury consequences that result in the real world.”

Mr Bester gave a detailed breakdown of what corporate VR training looked like in high-danger environments.

“You can give somebody a headset in an office and they are immediately transported to a remote environment and a complex high-risk scenario,” he said.

“For example, the trainee can be in an underground environment when suddenly it starts to flood. The trainee has access to all the various controls and options that would exist in a real situation and needs to respond in the right way to succeed in the scenario.

“Using VR training, people can get to a site that they’ve never been to physically and already know where everything is – they have already experienced moving around the site cognitively, built on-the-job experience and have been exposed to the hazards of their job without the real-world consequences.”

Mr Bester said in a way it was better than being there because you could train employees on very low-frequency, high-consequence scenarios that people were likely to experience for the first and last time in real life.

He said the new technology had to be designed in the form of training to get corporate attention from large organisations before opening the door to further possibilities available in VR.

“It was quite a big jump from someone using Excel to someone going inside a digital 3D representation of the operation,” Mr Bester said.

According to Mr Bester, the influence for VR training will grow as time goes on and more industries jump on-board.

“It's huge in almost anything that involves any form of danger, travel and energy – anything that is difficult to get people to train on,” he said. “So, almost any industry such as medical, aviation, resources and utilities.

“VR training, in my opinion, is going to become more and more influential as time goes by. The cost of hardware has already come down significantly in recent years, the cost of the content is coming down and enterprise deployment platforms are just starting to mature.”

Mining giant Rio Tinto has implemented VR training for its engineers, signing a multimillion dollar deal with Sentient Computing for a suite of VR modules for its new Gudai-Darri mine in the Pilbara region.

“The fact companies like Rio Tinto and BHP are using us to create more and more training modules, to me is a clear indication that there is a massive benefit,” Mr Bester said.

“The feedback from the people going through the training has been really positive.

“A significant challenge is that this particular application of the technology is still young, so our understanding of what is possible is continuing to grow as we deliver work. On a project of this scale my main concern is logistical and on ensuring that every module we deliver exploits the incredible potential of VR to meet our customers’ learning objectives.”

The next VR training areas

Mr Bester said he saw soft-skill training such as customer service and workplace bullying prevention as the next phase for VR training.

“I think the next wave of VR training will be more in the soft skill areas. Bullying in the workplace is a really good example. It's a very effective way to train people in terms of what is acceptable and what is not acceptable, and you can put them into different scenarios,” he said.

“I think there's a massive potential that hasn't been fully realised in that area, and there has been some really good work done in that space.

“Immersing a person in a situation creates a far more visceral learning experience than watching a movie or reading a document.”

Doug is Managing Director at Sentient Computing, a leader in the creation of interactive 3D environments for the energy and resources sector. You can connect with Doug on LinkedIn

How We Learn Finding freedom from failure

How We Learn Help everyone learn from mistakes

How to react to mistakes and reduce their frequency

How We Learn Learn from excellence, not failure

Ask a high performer for the secrets of their success

How We Learn Ditching the employee handbook

Is this traditional onboarding method outdated?