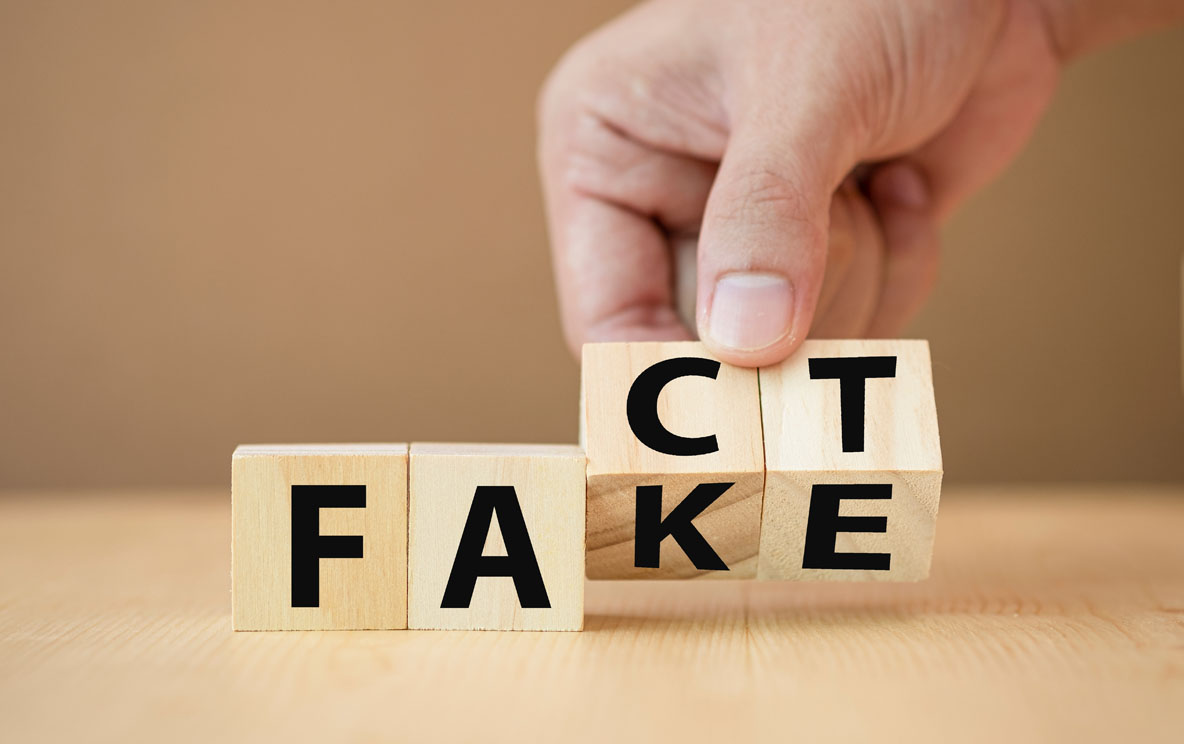 How to avoid being duped on the internet

Sorting the fake news from the real

Many of us believe a lot of what we come across on the internet, unconsciously projecting accuracy and credibility onto sources of information when they might not be deserving. And with so much available at our fingertips, it’s becoming easier to do just that.

While internet platforms like Facebook and Twitter have taken some steps to limit the spread of misinformation, a broader argument over the balance between moderation and censorship has, in a lot instances, left it up to the individual to read between the lines.

Murdoch University Social Media Researcher and Senior Lecturer Catherine Archer said living at a time where fear was heightened due to COVID-19, our appetite for information had increased, making the ability to tell accurate news from fake an essential skill.

“Conspiracy theories have always been around, but they’re gaining more traction now,” she said.

“We are living in times of heightened fear where there is a rush to fill the void of information.

“Emotions are charged and people end up believing things they probably wouldn’t have normally because everyone’s fearful and wanting to know what the reality is.”

Dr Archer said a lack of gatekeepers on publishing platforms had led to a mistrust of media and journalism in recent times.

“There are different people with different views in all kinds of areas and I think that’s why we have seen the creation of this distrust.

“I also think that former US President Donald Trump added to that when he denounced main media outlets for his own benefit and then went directly through social media platforms like Twitter and Facebook.”

Former President Trump’s championing of social media sites as official communication channels came to a head following the November 2020 US election, which he and his allies claimed was stolen, a lie which ultimately saw him widely de-platformed following violence in the country’s capital.

Polls indicate more than a few people bought into this lie, which has continued to persist since.

This erosion of trust in the government institutions which have for decades led the western world, has caused other nations to sit up and take notice.

“The Australian Security Intelligence Organisation only recently raised the issue of the US Government seeing fake news and conspiracy theories as a legitimate terror threat,” Dr Archer said.

“The ASIO Director General talked about how extreme right-wing propaganda used COVID-19 to portray governments as oppressors and globalisation, multiculturalism and democracy as flawed and failing.”

While not every individual will be susceptible to extremist ideologies, Dr Archer said many Australians felt they were lacking when it came to sorting the real from the false.

“A large study by Western Sydney University was recently undertaken that found more than half of Australian adults felt they didn’t know how to identify misinformation online,” she said.

“The concept of media literacy is quite important and there is a big push for it to be taught in schools around the country.

“Social media is 10 to 15 years old and many of us have grown up with it and without any guidelines to it, and I think it’s something that has just crept up on us.”

The use of Facebook Live to promote and stream press conferences has proven to be a great tool in getting the word out during the pandemic.

“People like WA Premier Mark McGowan have used Facebook brilliantly,” Dr Archer said. “You do tend to trust it if it’s there on your screen and is someone you know talking, and I think in this instance the Premier providing COVID-19 updates through channels like Facebook during a time of fear is important.”

At the end of the day, educating yourself and going back to reputable sources and media outlets was Dr Archer’s key takeaway. “It’s about knowing your source,” she said. “It doesn’t sound like rocket science when you spell it out, but I think social media has created this bubble for people where if they see something a friend has posted they’re inclined to believe it because it was shared by someone they know.

“This is why researching your sources is so important.

“Don’t just believe the first thing you see; do your research, go to credible media outlets and even go as far as researching who is writing the stories.”

1. Consider the source. Click away from the story to investigate the site, its mission and its contact info.

2. Read beyond. Headlines can be outrageous in an effort to get clicks. What's the whole story?

4. Supporting sources? Click on those links. Determine if the info given actually supports the story.

6. Is it a joke? If it is too outlandish, it might be satire. Research the site and author to be sure.

7. Check your biases. Consider if your own beliefs could affect your judgment.

8. Ask the experts. Ask a librarian or consult a fact-checking site.

Catherine is a researcher and senior lecturer at Murdoch University. You can connect with Catherine on LinkedIn