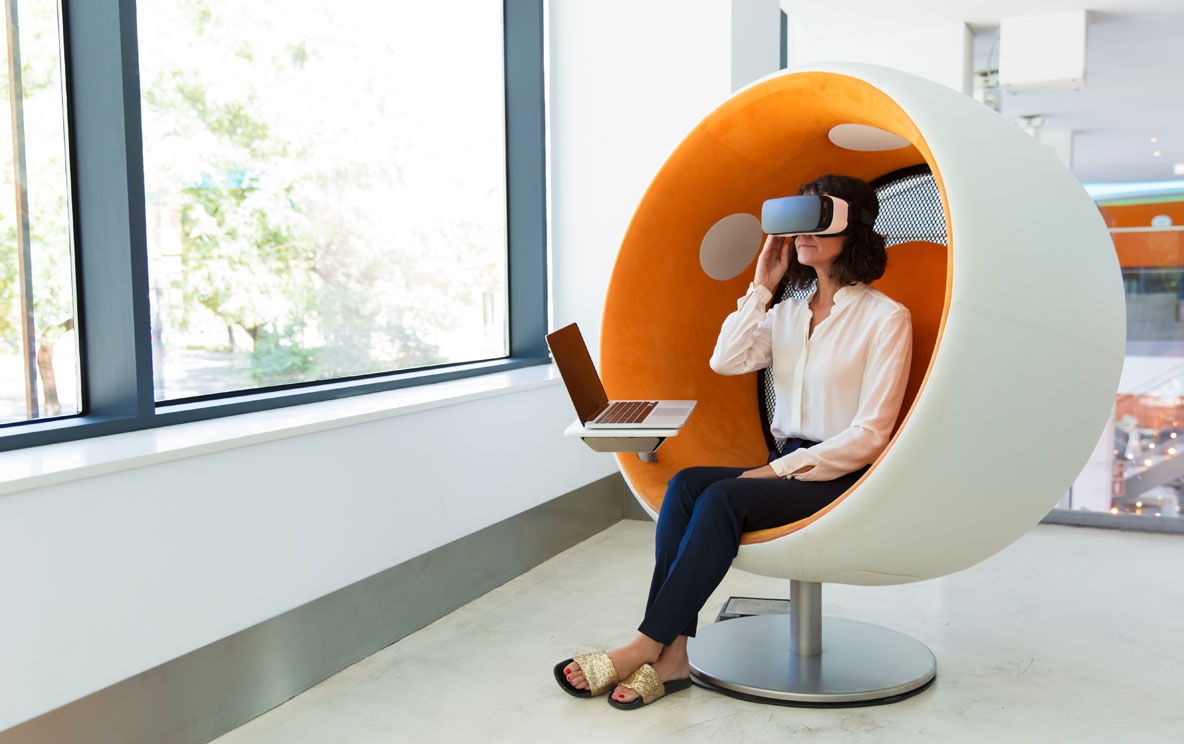 Australian business now and into the future

A glimpse into the moving parts shaping Australia's workplaces

The next cohort of school leavers should expect to have on average 18 different jobs in their lifetime, across six distinct career groups.

According to trend analytics firm McCrindle, some of these jobs won’t even have been created yet, with brand new categories of work predicted to blossom from nanotechnology, cyber security and virtual reality.

Technology will drive much of future job change, adjacent to a new culture of continual upskilling and reskilling, however, evolving demographics across the country will also play a role.

Among the population changes on the horizon for Australia, ageing citizens are particularly expected to propel new needs and a plethora of opportunities in aged care and retirement services.

Speculating on what else lay ahead for Western Australian companies, McCrindle’s The Future of Perth report named unprecedented economic conditions and evolving public attitudes as the catalyst behind what business leaders and employees could expect in the years to come.

In this article, we explore the shifts and changes currently seen in the Australian business landscape, including the rise of workplace mental health, remote work permanence and adapting to Asia – each slated to be mainstays of working life in 2022 and beyond.

Demand for action against an epidemic of poor mental health has been bubbling away for quite some time, but the conversation was brought to global headlines when tennis great Naomi Osaka gave media the flick to protect her wellbeing.

The world’s 12th highest-paid athlete copped a $15,000 fine and backed out of the French Open to avoid press conferences – a mandatory activity for tennis players which Osaka said triggered anxiety for her.

Though the Japanese-born sports star was happy to pay the price for peace, tennis officials threatened tougher sanctions in their bid to convince Osaka to continue media obligations and dissuade others from following in her footsteps.

An avalanche of opinion pieces and online commentary revealed support for Osaka championing self-care, while detractors such as British shock jock Piers Morgan accused her of weaponising mental health to silence criticism and shirk responsibilities she is paid millions to execute.

While tennis bureaucrats plot to show they can balance work priorities with athlete welfare in a world that increasingly decries mistreatment of staff, research shows Australian workers are already experiencing what is slated to be a long-term shift in workplace cultural change.

Black Dog Institute has reported 20 per cent of Australians between 16 and 85 years of age will experience mental illness in any given year, leaving our traditional and unsympathetic ‘suck it up’ attitude lacking in the face of the damning statistics of Australians in crisis.

Depression, anxiety and substance use disorders were the most common hardships reported, with about 54 per cent of mental illness sufferers not engaging with any treatment.

Though prioritising employee wellbeing has been a conversation bandied about long before COVID-19, McCrindle said the pandemic had proved a catalyst for the faster uptake of this key workplace trend.

McCrindle WA Director and Director of Strategy Grant Dusting, said it was clear mental health would no longer take a backseat in the Australian office and the phenomenon would be central in the future of work for many years to come.

“Our research found employed Australians expect mental health and stress to have the biggest impact on the future of work (62 per cent),” he said. “This is above demographic trends, where work will be done, sectors disappearing, computerisation of robotics, global workforce trends and the gig economy.”

Published last year in its book Work Wellbeing, the findings form part of a series of research McCrindle conducted exploring the topic of health in the workplace.

In early June 2021, then Prime Minister Scott Morrison stung introverts across the country with his call for workers to return to the office, amid CBD businesses shouldering financial strain from the lack of people commuting to the nation’s cities.

His call was echoed by City of Perth Lord Mayor Basil Zempilas, who also urged big corporates to keep their people in the office, as did Brisbane Lord Mayor Adrian Schrinner and Sydney property magnate Harry Triguboff.

On the other side of the pond, the US media has reported a surge of people who prefer remote work quitting their jobs in response to companies forcing a return to offices.

However, while there are hardline advocates, other people have flooded newspaper editorial pages with opinions that remote working is not all it’s cracked up to be and constitutes a unique loss to collaboration, leads to an unwelcome blending of work and home life, fosters feelings of isolation, and causes employees to take less breaks and sick days.

Mr Dusting said pandemic disruption had catapulted the biggest transformation to work in a century, as businesses moved quickly to adapt and make themselves relevant to consumers largely restricted to online engagement.

While the widespread adoption of remote working faced backlash, he said McCrindle was confident the practice would be a permanent fixture of Australian workplaces.

“We’re expecting the future of work to be hybrid,” Mr Dusting said. “Our report, Australians post COVID-19, revealed three in five Australians (61 per cent) are looking for a degree of flexibility in their working arrangements, with a mix of working from home and from the office.

“This sentiment is being driven by our younger Australians, who are more accustomed to having a digital world – our Generation Ys and Generation Zs. Since they are our emerging leaders and managers, this gives us an idea of where things are heading.”

Particularly in a state as far-reaching as WA, Mr Dusting said it was also noteworthy that remote working had helped improve the establishment and connectivity of a geographically dispersed workforce.

He said there had been an uptick in business-to-business relationships occurring digitally, a phenomenon that would increasingly play a role in shaping the state’s business link to the rest of the world, particularly Asia.

Speaking of Asia, population projections for the world’s largest continent are expected to reach at least five billion people between now and 2050, with the region likely to account for more than 50 per cent of the global economy.

Between 2004 and 2018 alone, WA grew its Asian export market from $24 billion to $129 billion – a number that has topped all other states and territories – while investment in the mining state burgeoned to more than $500 billion between 2010 and 2018.

According to the State Government, WA’s relationship with Asia was already a success story that left it uniquely placed to surf Asia’s growth wave.

Mr Dusting said more businesses were likely to pivot to ensure they didn’t miss the boat.

“Looking internationally, as we consider the ‘Asian century’ ahead of us, WA is strategically positioned as the only Australian capital sharing a time zone with key Asian business hubs such as China, Singapore, Hong Kong and Malaysia,” he said.

“This definitely boosts our suitability as a place to do business with some of the world’s growing economies.

“We’ve got a lot of things going for us.

“In a future of work that is increasingly flexible and geographically dispersed, employees can choose to live independent from the traditional constraints of commuting to work.”

To make sure the Asian market takes WA along for the ride, the State Government is championing its Asian Engagement Strategy 2019-2030 – a blueprint for stronger economic integration with the continent.

WA businesses can expect to hear more from the State Government on advice for engaging with Asia and pipelining people to overseas forums for networking opportunities.

Asian language skills will become an increasingly important facet of the business landscape, according to Mr Dusting, and so will leadership programs that build relationships and proficiency with the continent.

The state push will be a bonus for the WA resources sector, which is the globe’s biggest producer of iron ore. The sector feeds most of it to Asian countries, accounting for 78 per cent of global demand in 2019, and sales are only expected to rise in coming years.

In a time of generational transitions, technological advancement and rise of economic juggernauts in Asia, the Australian business landscape is ever-changing, with Mr Dusting passing on his last bit of advice.

“Organisational leaders need to be intentional about creating strong and healthy workplace cultures,” he said. “Reimagining opportunities for collaboration and connection will be increasingly important in a future where more employees are working remotely.”

Grant is Director of Strategy at McCrindle and is focused on helping clients leverage the power of research insights to drive their organisation's business strategy and marketing communications. You can connect with Grant on LinkedIn.

Workplaces of Tomorrow Automation, future jobs and the roles it can't replace

Understanding and embracing the technology of the future