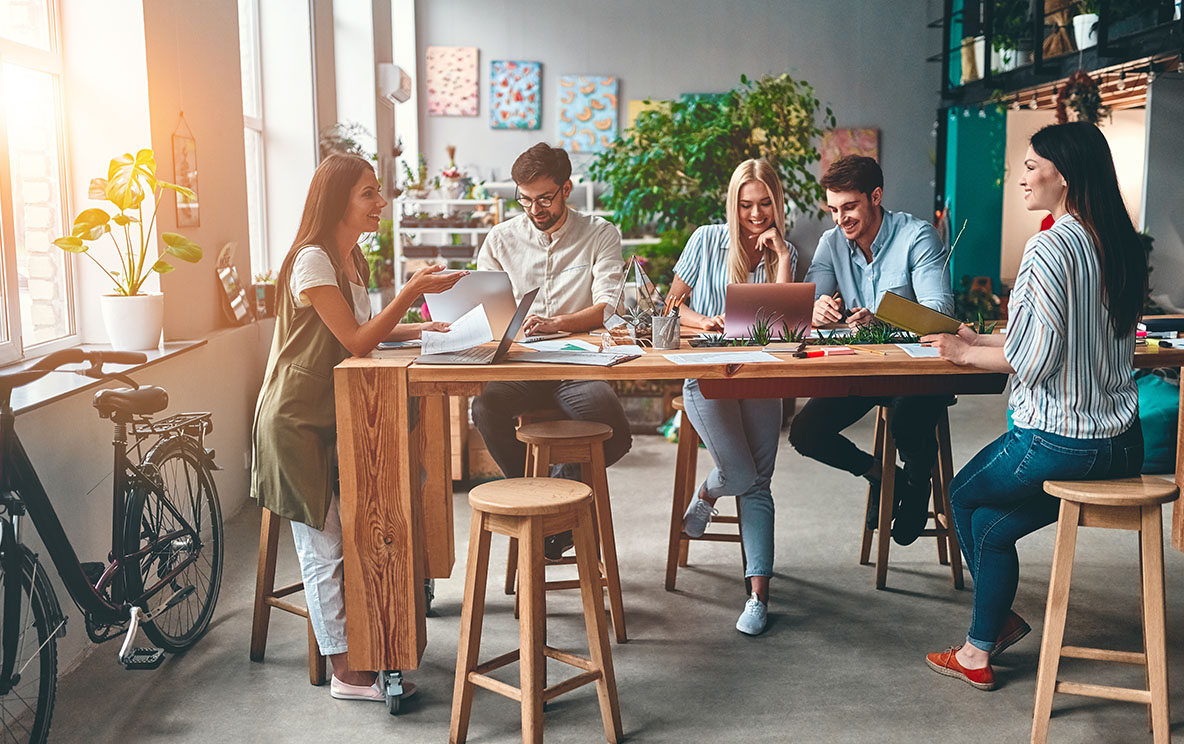 How the workplace has changed and predictions for the future

With the decline of cube farms and open-plan offices, an increase in hybrid working arrangements and asynchronous start and finish times, the future of work has a changing face.

Respect in the workplace needs attention

Although a broad issue, respect is something we are taught from a young age – we are told to treat people the way we want to be treated.

Professor Martin said respect was still a slippery concept for many workplaces, as there was no one-size-fits-all definition of the term, but it was key to the changing nature of workplaces.

“There could be a number of other things that can be considered disrespectful in the workplace.

“For example, if someone comes to an arranged meeting 15 minutes late, I would consider that to be disrespectful.

“However, that’s not the case for others – other people might have fluid notions of time.”

Professor Martin said organisations needed to consider what respect meant at an individual level, as what people found to be respectful and disrespectful varied.

Hybrid working is the new norm

A positive to come out of the COVID-19 pandemic was the shift to remote working, bringing about greater flexibility, with employees now having the freedom to choose where and how they want to work.

However, according to Professor Martin, we will need to embrace an approach that is far more responsive to the peaks and troughs of an employee’s non-working life.

“With our personal circumstances changing as we move through life, organisations need to be more open to working with employees to regularly review and renegotiate how much of a full-time load they desire,” he said.

“Full time work should not be seen as a constant across a lifetime.

“This flexibility is not just about working from home or hybrid work, it’s about responding to different stages of your life.

“Pressing work responsibilities often peak at the same time as we have to be more present in our non-working lives.

“For some people in their 30s or 40s – when they’re at the peak of their careers – they might be looking after their older parents or their children, making the heavy demands of work converge with their equally heavy non-work commitments.

“When you have to be perfect at both in that period of time, it sets us up for failure.

“We need to be able to scale our work commitments up and down to suit our other circumstances, so we can get the best out of what we do.”

Professor Martin said the concept of workload scaling would see employees regularly sitting down with their employer to negotiate an appropriate full or fractional workload for a fixed period of time.

“When you’ve just graduated from a degree, for example, you might have a little bit more time, so you could negotiate a 120 per cent workload,” he said.

“Two years down the track, you are keen to undertake some further study, so you can negotiate your workload down to 80 per cent for a better balance with study and life, then move back to 120 per cent when you complete your qualification a few years later.

“Not long after, though, you settle down and have a family. You and your partner wish to work and share the responsibility for raising the children, so you both approach your employers and arrange a 70 per cent workload each.

“Over the next 30 years, you review your workload every couple of years and negotiate changes to your load based on life’s circumstances.”

Professor Martin said workload scaling was not about doing less work across a lifetime.

“It is about doing roughly the same amount of work spread across a longer working life, and that includes the so-called retirement years,” he said.

“This form of flexibility responds to the fact that when we are overstretched we are unlikely to perform at our best.

“It is focused on optimising an individual’s health and wellbeing and reducing the risk of burnout.”

It’s a familiar feeling many office workers face – that dullness and disconnection that comes with repeated exposure to often illogical workplace goings-on.

From bosses who claim to have an open-door policy to employees being told they shouldn’t take work home but must meet unachievable deadlines, Professor Martin said actions such as these push workers to breaking point.

“It’s about being too positive,” he said.

“If people have a problem and we just dismiss it, saying everything is going to be alright, that is toxic positivity.

“We speak in a different language in the workplace, we’ve got all this jargon like, ‘let’s smash that out’ or ‘let’s have a thought shower’.

“All of these things collectively make people numb – they’re not real.”

Hiring for cultural fit is the enemy of diversity

More often than not, hiring for cultural fit is about employing people who share similar life experiences, backgrounds and personality traits, something Professor Martin said was the enemy of diversity.

“There was a time where cultural fit meant being aligned with an organisation’s values but these days, to many people, it can mean ‘this is the sort of person I’d like to have a beer or coffee with because they’re similar to me’,” he said.

“We don’t need that in organisations, we need people who add to a culture not fit with what we’ve already got.

“We’ve got to get around this idea of cultural add over cultural fit, and we’ve got to realise that diversity is not the same as inclusion.”

Employing those with disability

While there are a multitude of recognised benefits to hiring people with disability, they still have their cards stacked against them.

Hiring people with disability is about calling out our own ableist biases, according to Professor Martin.

“Quite often, people with disability are not hired because they’re not able to be in a modern workplace but now more people than ever are working from home and that eliminates a huge barrier for those with disability,” he said.

“For example, if someone who’s in a wheelchair can’t access an office easily, they can work from home.

“The shift to working from home means people who were overlooked for positions should now be in a prime position to get some of these jobs that are out there.

As we look to the future of work, many of us are experiencing the great rethink and Professor Martin said we needed to revaluate how to retain the best talent in our workplaces through workplace-tailored strategies.

“It’s about getting leaders to model what respect in the workplace might mean but not discounting it on an individual level,” he said.

“It’s also about trying to get older people to work with younger people effectively and dropping some of the stereotypes that some of those groups have because we want diverse workplaces.”

“We’re eventually going to shift to outcomes. It’s not about how much time you spend in the office, it’s about what you get done,” Professor Martin said.

Gary is the Chief Executive Officer of AIM WA and is recognised as an expert in social affairs and workplace matters. You can connect with Gary on LinkedIn