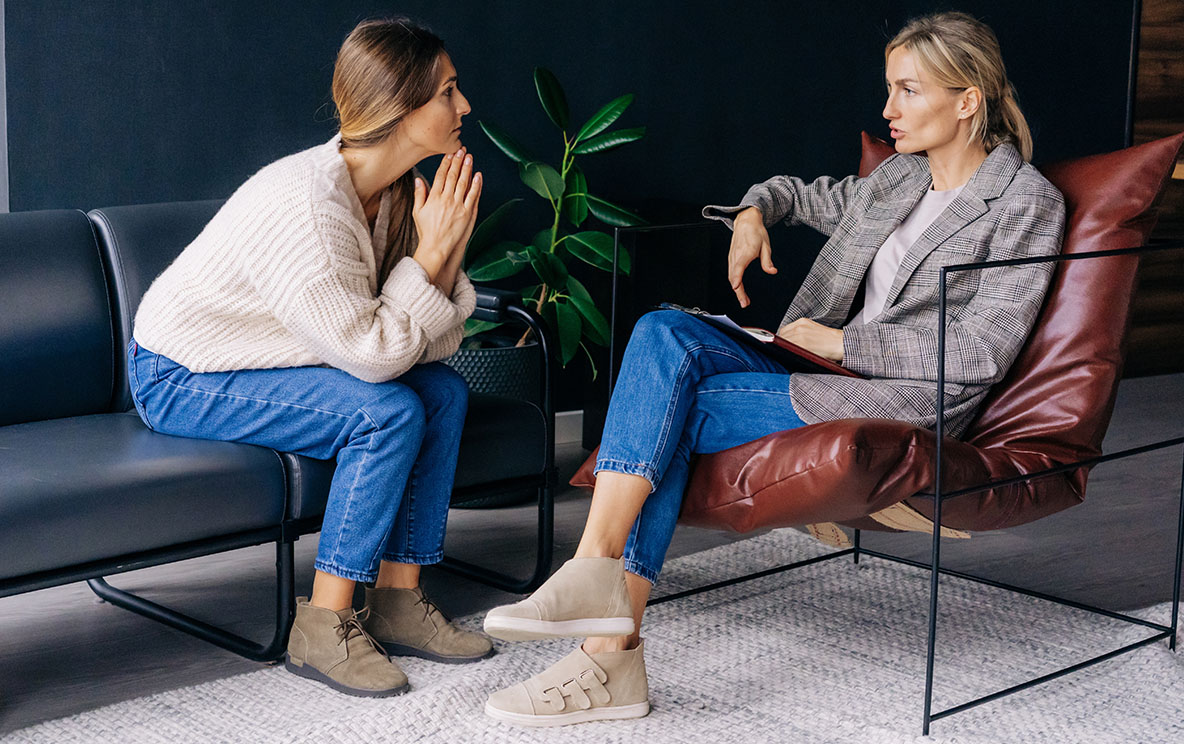 Approaching an upset co-worker can be difficult. You might not know what to say or how to say it, or you might ponder whether you should say anything at all.

You might worry about saying the wrong thing or be concerned they will share a problem you don’t feel confident addressing.

Though it can be tricky to navigate an interaction with someone experiencing a personal crisis, Lifeline WA CEO Lorna MacGregor said the most basic approach could often be the most welcome.

She said as long as you were polite, respectful and mindful of their privacy, it was absolutely best practice to check in and see how a staff member was doing.

“I have found that you can have a conversation with anyone about anything if you apply the values of respect and kindness,” Ms MacGregor said.

“Starting the conversation with “I have noticed xxxx” can be a good beginning.

“Always ask rather than assume when reaching out to check in with a staff member.

“You don’t need to be an expert; we can support each other using common language.”

Dealing with stress at work

Though it might seem best practice to take time off when experiencing loss, illness, financial instability or trauma, Ms MacGregor said plenty of people chose to continue to work.

She said people often overestimated their capacity to manage stress, would throw themselves into work as a distraction from personal crisis or would feel compelled to continue working due to fear of letting the team down.

Ms MacGregor said being considered “weak” for needing time off was still a pervasive problem keeping people from relieving stress at home, and she urged leadership to challenge that kind of stigma.

“People can burn out as they battle stress at work and at home with no relief.”

“Employers and leaders who role-model and promote asking for help are contributing to a mentally healthy workplace.”

While it was generally considered helpful to approach someone appearing despondent, Ms MacGregor said to be mindful of common mistakes people made when they intended to be supportive.

How to approach someone who may need help

Asking how someone is and not listening to the response was flagged as counterproductive, as was trying to fix their problem.

Colleagues looking to help were also urged to accept what they were told even if they disagreed, as an invalidating response could undermine trust.

Ms MacGregor said it was also critical that help came without judgement and that any personal experience disclosed was acknowledged.

“You also want to avoid being inappropriate or oversharing,” she said. “Sharing a similar experience may be helpful in overcoming stigma, however, the similarity ends there.

“Your solution may not be appropriate for them.

“Your main role is to listen, not talk.”

A picture of mental health in Australian workplaces

Workers are likely to witness a colleague going through crisis at some point, with Beyond Blue statistics showing that around 2.4 million Australians over the age of 18 currently experience high or very high psychological distress.

Though a massive 81 per cent of organisational leaders tout mental health support for their employees in the workplace, more than one third of staff don’t have access to support, or know it exists.

Similarly 71 per cent of leaders believe they are committed to promoting the mental health of staff, but only 37 per cent of staff believe that is true.

Compared to the $9200 average across other claim types, the median workers’ compensation payment for mental health-related claims was $24,500, a figure that has increased over time.

However, businesses that did support mental health strategies in the workplace were rewarded with a $2.30 return on investment for every $1 spent, largely due to improved productivity, fewer compensation claims and less absenteeism.

Spotting signs of distress in colleagues

According to Ms MacGregor, colleagues wondering whether their team member is experiencing a crisis should consider warning signs such as withdrawal, tiredness, irritability, tearfulness, being overly cheerful, forgetfulness and frequent short-term illness, headaches and muscle ache.

Meanwhile, she said leaders looking to make the workplace more supportive should role model positive behaviour and talk about wellbeing to help drive a better culture.

Crisis numbers and relevant support offers – such as an Employee Assistance Program – should be displayed in common areas around the office and leave policies should be clear and succinct.

AIM WA and Lifeline WA have partnered to create the Better Mental Health At Work course for managers and supervisors who want to develop their skills and knowledge around mental health at work and how to support their colleagues.

Lorna has been Chief Executive Officer of Lifeline WA for seven years. An experienced senior executive, she has had a diverse and varied career, having held senior roles in government, corporate and not-for-profit organisations, including HBF, Activ, healthdirect and Perth North Metro Medicare Local. You can connect with Lorna on LinkedIn

This course in partnership with Lifeline WA provides practical knoweldge and skills for supervisors and managers to respond to employees experiencing mental health issues. You'll be able to notice signs of distress, initiate conversations and provide appropriate support.

Wellbeing Care less to be better at your work

Wellbeing Yes, it can feel good to say no