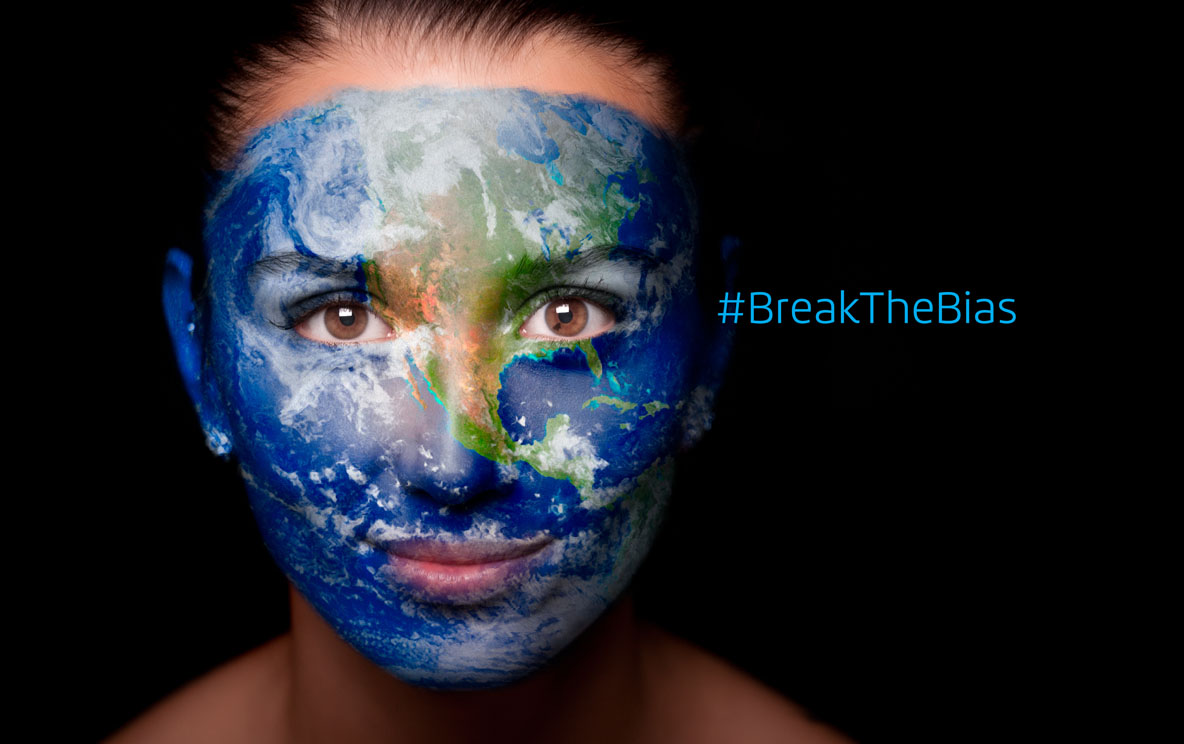 Celebrating four women who are making a mark on the world

Women far and wide are doing incredible things to forge equality – a world free of bias, stereotypes and discrimination – to create a planet that is diverse, equitable and inclusive.

Enacting change on a large scale can be a lengthy and difficult process; how do you change an entire world view or issue overnight? The truth is you probably can’t.

However, Jamila Gordon, Laura Thompson, Jazz Thornton and Maria Eitel all prove that starting small can lead to significant impact.

These four women have made their mark on the globe and continue to #BreakTheBias – the theme of International Women’s Day 2022 – from the use of artificial intelligence to bridge supply chain gaps, to supporting impoverished girls and empowering them to change the world.

Born in Somalia, Lumachain Founder and Chief Executive Officer Jamila Gordon was welcomed into a society where education for a girl was not prioritised.

At age five or six Ms Gordon was already working – her job was to carry buckets of water from the wells in her village to huts. It was normal for her community to prioritise work over education.

To escape the Somali Civil War, Ms Gordon was separated from her family and sent to Kenya by her father before a chance meeting with a backpacker led her to Australia.

Lumachain uses technology to track and trace items from end to end and can identify if food supply was sourced unethically or is a product of forced labour.

Ms Gordon’s passion to ensure no child goes through what she did growing up and her ability to use technology and artificial intelligence in a positive way to identify issues and create a world-class solution has driven Lumachain to become a groundbreaking company.

Being recognised for her achievements, Ms Gordon was a 2018 Global Awardee in the Microsoft International Women Entrepreneurship Challenge – the first Australian to receive the accolade.

You can connect with Jamila Gordon on LinkedIn

Gunditjmara woman Laura Thompson co-founded clothing label Clothing the Gaps, which is managed by health professionals and celebrates Aboriginal people and culture while using profits and resources to help the foundation of the same name.

A play on words of the government health initiative, Closing the Gap, helping to close the life expectancy gap between Aboriginal people and non-Indigenous Australians, Clothing the Gaps aims to start important conversations regarding Indigenous culture and diversity while raising money for the foundation.

Growing up, Ms Thompson watched her family play significant roles in building community control in health through the Aboriginal Medical Service and the Aboriginal Funeral Service.

Her mob is at the heart of everything Ms Thompson has done, she strives to educate and encourage Indigenous Australians to increase their life expectancy, as well as awareness on Indigenous issues.

Spark Health and The Koorie Circle are Ms Thompson’s other two businesses, with the former focused on adding years to people’s lives, as she is passionate about promoting health and wellbeing, particularly for Indigenous kids.

The Koorie Circle is all about allowing Aboriginal women to express themselves and share their culture, through earrings created by Indigenous women for Indigenous women.

A big advocate for the Free the Flag movement, Ms Thompson has spoken on how important it was to ensure the Aboriginal flag could be used as freely as every other country’s flag.

Ms Thompson has a strong belief that everyone controls their own destiny and she encourages Aboriginal women to be proud of their culture, use their voice and be brave.

You can connect with Laura Thompson on LinkedIn

She is also the Founder and Chair of Nike’s organisation, Girl Effect, which has a goal of helping 250 million girls below the poverty line in ending early marriage and delaying first birth, enhancing health and safety of girls, increasing secondary school completion and improving access to economic assets.

The Girl Effect believes that by stripping back to the core of issues, such as world hunger and poverty, they can be solved by investing in girls and allowing them to unlock their power.

By unlocking this power, each individual girl can begin a ripple effect which impacts her family, community and country.

According to Ms Eitel, the Centre for Global Development did a study and they found that $1 invested in an adolescent girl yields a higher return if people want to impact the issue of climate than if they invest $1 in the climate.

The goal of the Girl Effect is to empower and educate girls before their fate is decided for them.

Ms Eitel is also an advocate for gender equality and co-created the Hollywood Commission on Sexual Harassment and Advancing Equality in the Workplace.

The commission was designed to lead the entertainment industry in the US to a strong and equitable future. This is done by creating awareness and implementing practices to eliminate sexual harassment and bias for workers in the industry.

You can connect with Maria Eitel on LinkedIn 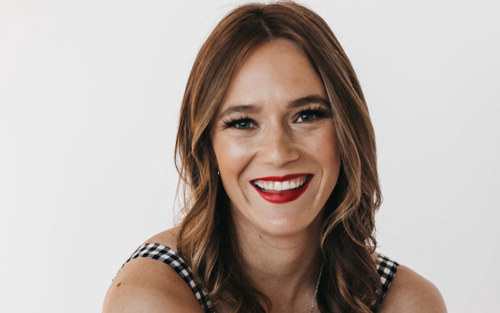 Ms Thornton had a rough upbringing and a chain of unfortunate events throughout her life led to her attempting suicide at age 12.

To this day she is still unsure as to whether she truly understood at that age that taking her life would mean she couldn’t come back.

Throughout her teenage years, Ms Thornton went on to attempt suicide a further 13 times before things changed through a conversation following her last attempt.

This was when she realised there was a difference between survival and fighting, with her book Stop Surviving Start Fighting based around the conversation and how her mindset switched in the following months and years.

Ms Thornton has gone on to write another two books, produce films and co-found Voices for Hope where, through advocacy, campaigning and storytelling, they create strategy and content to influence change globally.

Mental health and suicide prevention need to be addressed in order to influence this change, and this is what Ms Thornton strives for by telling her story.

Last year she won Young New Zealander of the Year and the Commonwealth Points of Light award for her work.

Social media has been a huge tool, which Ms Thornton has used to campaign for suicide awareness and mental health, bringing to light the issues that challenge people at every stage and walk of life.

At age 26, Ms Thornton has achieved things she could not have dreamt of at age 18.

On March 1, her third book Letters to You was released to the public, with the goal to provide support, information, encouragement and tips on practical help for anyone suffering from difficult moments in their lives.

You can connect with Jazz Thornton on LinkedIn

These women are leaders in their field and, through the use of technology, education, awareness and responsibility, they have influenced change on a global level. It doesn’t matter whether it’s a small business, a large business or a global enterprise, these women have sparked change and we recognise them this International Women’s Day.

Awareness is the first step to breaking unconscious bias. Recommended for executive managers, team leader and professional staff, this course supports a better understanding of unconscious bias and the cognitive and behavioural strategies needed to effectively manage it.

Leading Others Be visible and available

Leading Others What's the difference between a manager and a supervisor?