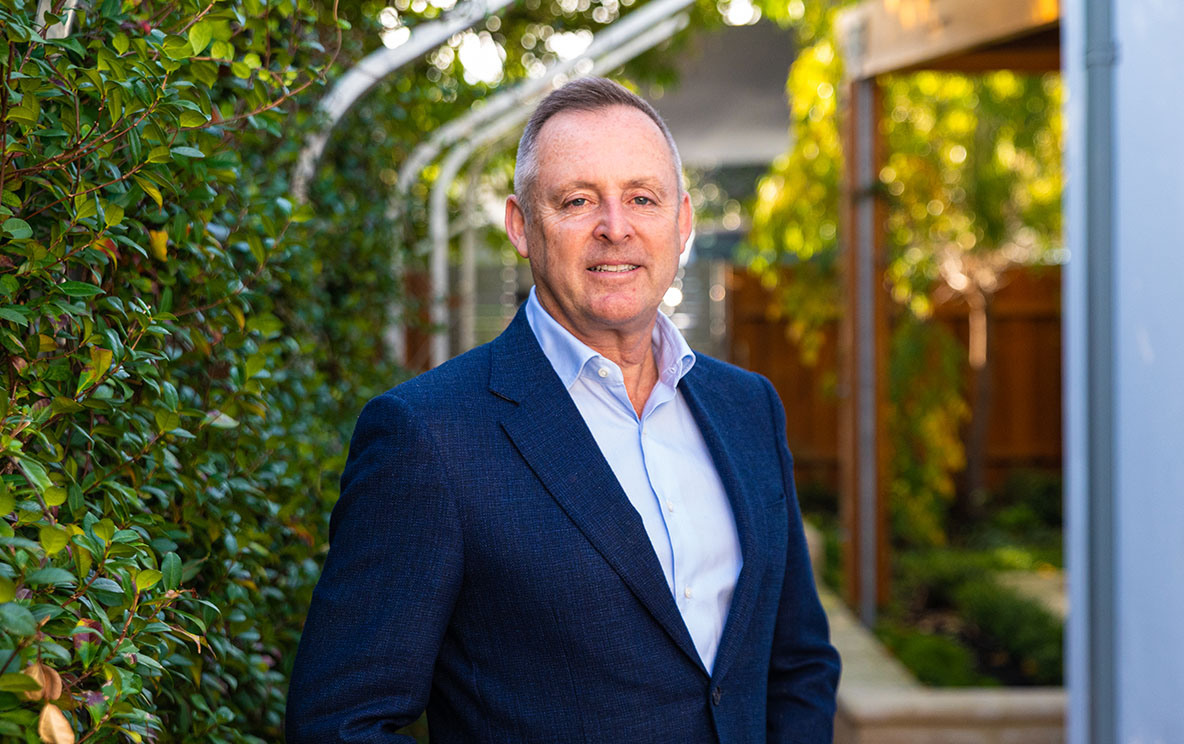 Journey to the top

Russell Gibbs' career success attributed to simply being yourself

From the outside, it might seem like those in leadership roles were born into the right family or simply got lucky.

But for Hawaiian Chief Executive Officer and Director Russell Gibbs, the lessons he has learnt throughout his life have shown him that the harder you work the luckier you get.

“Sure, luck can play a role, but of all the people I’ve come across very few have been anointed,” he said.

Mr Gibbs grew up in the suburb of Maddington, south east of Perth, with his father working in a brickyard and his mother a Burmese immigrant working at the local primary school.

“I was not a particularly good student, but I was pretty handy with a cricket ball and a football and I’d say based on those skills, I was made the head boy at Thornlie Senior High School,” he said.

“Perhaps that’s where my journey in leadership and negotiating began, because one day the leader of the feared Thornlie boys gang decided to request all the students go on strike – all 1500 of them.

“The principal soon worked out that he had no chance of actually getting them back into the classroom, so he turned to me and said, ‘you're the head boy, you get them back in’.

“I don't know whether it was because of my fine negotiating skills or because they took pity on me, but I managed to convince them to return to class.”

The five life and leadership lessons

After graduation, Mr Gibbs decided to take up a trade and become a roof tiler.

“I thought I could get fit, get a good tan – something really important when you're about 17 years old – I could earn a bit of cash, finish early, get on the train and go to Lathlain Park for footy training,” he said.

“I worked out after about three days that being woken up at 5am to the sound of the car horn of my boss, wandering out in my little blue Stubbies shorts and singlet, getting a pie and choc milk for breakfast, then getting up on a roof when I really didn’t like heights and having my skinny little white arms burnt to a crisp, meant I was not going to be a roof tiler.

“That was lesson one.

Mr Gibbs then worked as a primary school teacher for four years where he said he learnt a lot about communication and planning.

“Adults are just kids in bigger bodies, and I’ve seen some behaviours in adults that I used to see when I was teaching at school.

“Lesson number two: the skills and lessons you learn are sometimes things you don't realise are important at the time.

“It relates back to lesson number one – try things and, as you're doing it, see what it is you're learning and picking up from experience.”

Mr Gibbs said his next move into real estate was inspired by his housemate Peter Agostino and being envious of the suits he got to wear for his job at commercial real estate firm Jones Lang Wootton.

“I would turn up to the office early each day, I had my new suit on with my beautiful tie,” he said.

“I always said good morning to everyone and had extremely good manners.”

Six months later the whole company was called into the boardroom to be told 50 per cent of them were being made redundant, however Mr Gibbs kept his job.

Years later, he found out the reason was due to being the lowest-paid person, so it wasn’t going to make a lot of difference, plus he was told he was well dressed and had good manners.

“Lesson number three: presentation does count, as do manners – you only get one chance to make a first impression and people remember the first thing they see when they meet you,” he said.

Mr Gibbs had great success working for Jones Lang Wootton leasing, mostly on the Hawaiian portfolio. This led to another agency attempting to poach him. On hearing that Mr Gibbs would no longer be managing their account, the Hawaiian CEO subsequently offered him a job. He took this opportunity.

“Lesson number four: opportunities are not necessarily signposted, but there are signs – you just have to keep your eyes open for them,” he said.

“You are in charge of your career, you have to see the opportunity.”

Mr Gibbs said for the next few years he challenged himself to learn and do more than was expected of him.

He also found himself meeting the big names in property such as Nigel Satterley and Jack Bendat.

When Hawaiian Chinese-Malaysian owners, the Wen family, came to visit, he was tasked with looking after the matriarch Madam Wen while the CEO at the time talked with owner Tan Sri Wen.

When Tan Sri Wen passed away in 2000, Madam Wen took over the business and gave Mr Gibbs the role of Chief Executive Officer.

“Why did she want this young boy to run the company?” he said.

“She trusted me because I had good manners – she told me that.

“She passed away at the young age of 98 in 2018 and we had built an amazing relationship over the years.”

Suddenly in charge of a company with $400 million worth of property, Mr Gibbs’ networking also came to the fore as he received suggestions and help from experts in the industry.

“Lesson number five: always build your networks and respect everyone. It's the right thing to do, but you also never know how it’s going to impact you,” he said.

“With Madam Wen, I had no idea that the biggest impact was the fact that I was just being myself and she gave me the opportunity.”

Mr Gibbs said he had also learnt to always be authentic.

“I've been in this gig for 20 plus years and, if you go back to when I started my story, I’ve never changed,” he said.

“When I first got the job at Hawaiian, someone said to me ‘you'll never make it, you're too nice, people won't respect you’.

“So, I turned up the next day and took a hard-nosed approach.

“I did that for about three days and then the most junior person came to me and asked ‘are you okay?’

“Related to that is you can fool everyone else for a period of time – the person you can't fool is yourself.

Mr Gibbs said the people he had met through his career all had one thing in common – they all had energy.

“For the majority of people it comes back to this, the harder that they’ve worked, the luckier they've got.

Russell has been the Chief Executive Officer and Director of Hawaiian for more than 20 years. He is also the Chairman of the West Coast Eagles and has been on a variety of boards including St Ives Group and Satterley Property Group.

Leading Others Explain the business

When it comes to the financials, are you speaking another language?