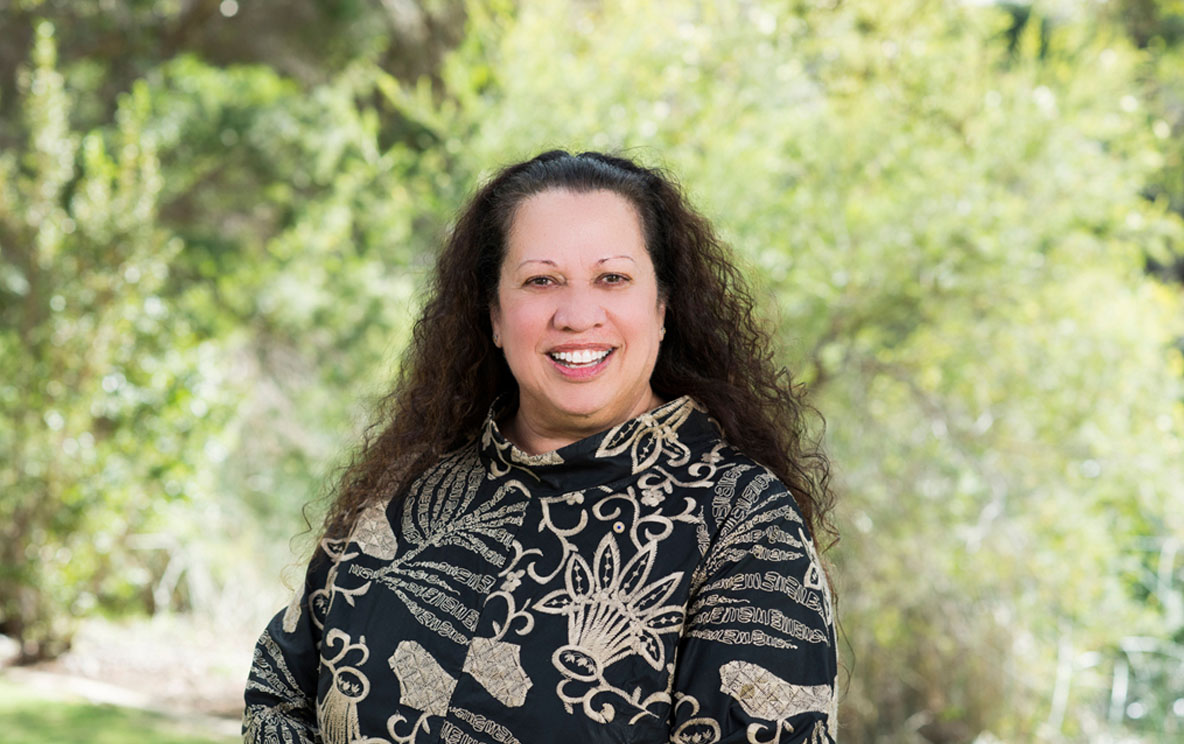 Lead the way through a values lens

"Grab an issue and lead.” These are the sage words of Professor Colleen Hayward, a senior Noongar woman who, among many of her achievements, has championed leadership roles for more than three decades.

While Professor Hayward conceded that no leader could perform their role without the support of others, she said leading on an issue meant assuming responsibility and seeing it through to the end.

The daughter of Western Australia’s first Aboriginal teacher and school principal Len Hayward, she has been an inspiration in her own right, not just to Aboriginal and Torres Strait Islander people but to all Australians through her work in education, human rights and health.

Offering an insight into her personal journey of spirited and community-minded leadership, Professor Hayward advised the audience at AIM WA’s Inspirational Leaders Series event to view everything through a value lens.

Integral to this was making time in your work week to think, reflect and strategise, and recognise that this was just as important, if not more so, than the more business-oriented parts of your role.

“My mentor suggested that unless you’re sitting in your office at least half a day a week wondering what you’re doing, you’re not doing it right," she said.

“He said that we should never drop our gaze, much less walk past something that wasn’t right and could be better.”

While Professor Hayward claimed leadership wasn’t always on the horizon, she said it followed her down the path of teaching.

“I had been lucky at school, enjoying education and excelling in a number of areas,” she said. “Going on to tertiary education was almost natural. It’s not the case for too many other Aboriginal people. Getting Aboriginal kids to school is one of the biggest challenges in the education sector.

“I taught primary school classes for 11 years and absolutely loved it – it accorded with the attitude of ‘love what you do and do what you love’.

“My favourite thing then and still now is being able to see next generations grow into rounded and caring human beings.”

But life doesn’t come without its challenges; just as Professor Hayward was set to enjoy some well-earned long service leave in her teaching role, she was diagnosed with cancer.

“At that time I didn’t even know another person who had cancer, I had no idea what an oncologist was and we didn’t have a history of cancer in our family,” she said.

“If I didn’t have the surgery within a fortnight, the surgeon wouldn’t be able to save my life.

“I was 30 years old at the time and one of the things that helped me through all that was the belief that I wouldn’t and couldn’t have been through everything that had happened if I wasn’t here for some purpose. I wasn’t sure what that might be, but looking beyond myself was important.”

Unable to return to teaching, Professor Hayward began a new role at the Teacher’s Union, where she and her team introduced radical changes in form, culture and mindset.

“It’s while I was in the union movement that I learned a very valuable leadership lesson,” she said. “That was where I realised my biggest leadership blunder – that of thinking leadership was about issues rather than about people.

“I was somehow silly enough to think that because I was ready to dive into the work at hand, that others would be too – that nobody needed to talk about the weekend or the drive to work.

“I thought nobody needed to start their day with a coffee and a chat. Thankfully a colleague guided me into a more personal, engaging style.”

Part of taking on leadership is to trust your gut, according to Professor Hayward. Listen to that feeling that something ‘doesn’t feel right’.

“Some of those ‘this doesn’t feel right’ examples led to some pretty radical changes, such as the development of a process by which Aboriginal people who didn’t have a birth certificate could be provided with an alternative date so they could access their superannuation, something not previously possible,” she said.

Studded with an abundance of lessons for prospective leaders Professor Hayward’s presentation also highlighted the transferability of skills and the importance of not being afraid of silence in conversations.

Professor Hayward’s mantras lingered with the audience long after the presentation was over.

“No matter our backgrounds or beliefs, we all bring value,” she said. “It is surely time that we bring value to the lives of others.”

About Professor Colleen Hayward AM

Professor Colleen Hayward has provided significant input to policies and programs on a wide range of issues, reflecting the needs of minority groups at community, state and national levels for more than 35 years. She has an extensive background in a range of areas including health, education, training, employment, housing, child protection and law and justice, as well as significant experience in policy and management. You can connect with Colleen on LinkedIn