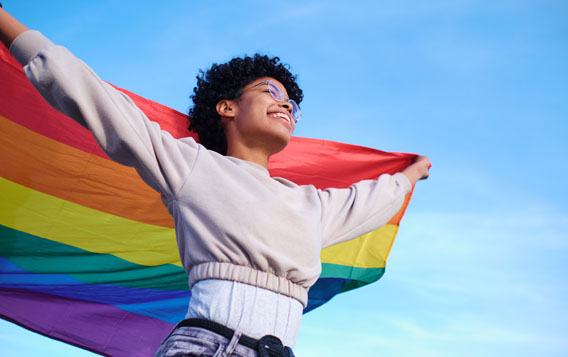 The rise of rainbow capitalism

Since the big brands of corporate America are doing it, shading your company logo rainbow colours and issuing a public diversity statement might seem like a proven way for business to snag a new generation of socially conscious consumers.

According to LGBTQI+ organisation Pride WA, many local marketing teams seem to think so, with the advocacy group noticing growth in the number of companies branding themselves gay and lesbian-friendly.

It’s most notably seen in June, when the US celebrates diversity in sexuality and gender, while commemorating Stonewall – a famous clash between police and LGBTQI+ people that took place in New York City in 1969.

Not all sunshine and rainbows

But for every social media post about standing with the gay community, there are people decrying the symbolism as disingenuous rubbish.

According to Pride WA CEO Choon Tan, the negative feedback is not without its merits.

“The LGBTQI+ community and other discerning members of the public are beginning to look beyond the Instagram post and the pretty rainbow flag pasted on corporate websites and ask, ‘What do you actually DO for the LGBTQI+ community?’,” he said.

“The key criticism is these actions are tokenistic at best and, at their worst, seen as a box-ticking exercise by HR departments or a cynical marketing and PR exercise aimed at attracting the fabled ‘pink dollar’.

“People want authenticity and expect the words and deeds to match.

“Funnily enough, we’ve witnessed an increasing number of people and companies jumping on the bandwagon to proclaim ‘Happy Pride Month’ when it’s not even Pride Month in Perth.

“We actually celebrate in November.”

Known as rainbow capitalism, the corporate phenomenon has been a routine marketing ploy amongst major companies for quite some time, with the goal to signify to consumers that they are aware of prejudice and intend to help dismantle it.

University of NSW Business School’s Associate Professor Nitika Garg said brands were now expected to be much more involved in the community and use their money and influence to drive change, which helped drive the adoption of Pride Month PR strategies.

Associate Professor Garg said the ubiquity of rainbow capitalism was also reflective of management getting younger, which could see a lot of companies’ marketing decisions influenced by people who really believed in social causes. 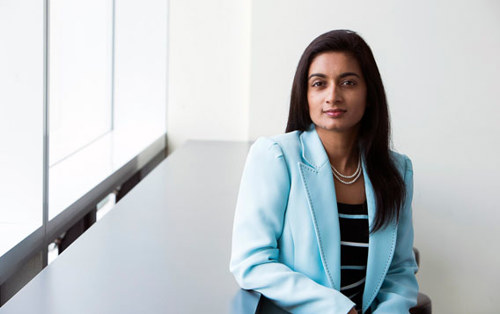 According to Associate Professor Garg, whether a business decides to temporarily colour their logo rainbow is usually based on two factors: who their clientele are and the personal ideologies of leadership.

“People will ask themselves, ‘who is our consumer?’,” she said.

“If its baby boomers, they might decide not to make any statements for fear of alienating their customers, but if the main consumer is the younger generation, they may be more tempted to say I am ‘woke’, I am involved and I am part of the community.

“The other reason is a genuine push from the top, even if the consumer base isn’t really supportive.

“But you actually have to be authentic because people are very savvy with social media and now slacktivism, lip service and pandering are more readily called out and those kinds of posts get traction – negative traction.

“If you’re a big brand, like McDonald’s, it’s certainly not enough to say ‘we support you’.

“When you have both size and presence, people expect you to show it.”

Raining on the parade

While the willingness of companies, brands and personalities to take a stand on highly divisive issues might seem like a recent phenomenon, public pressure to do so has been building for decades.

In 1990 NBA legend Michael Jordan famously said “Republicans buy sneakers, too” in response to pressure from the media to take a side in the racially contentious political race between incumbent Republican Jesse Helms and Democrat challenger Harvey Gantt in North Carolina, earning himself criticism that has persisted to this day.

According to Associate Professor Garg, many US institutions are now leaning in the opposite direction in refusing to remain neutral on social justice and politicised issues.

A famous example in recent years was sportswear giant Nike partnering with retired NFL quarterback Colin Kaepernick, after he deeply divided the American public by kneeling during the national anthem to protest police brutality and racism.

A movement to boycott Nike quickly followed on social media, with some Americans so angry they were recording themselves setting fire to their shoes.

But Nike stock ended up soaring, with its sales blowing through expectations following the marketing campaign, leaving analysts to suspect Nike made a carefully calculated gamble on the type of people who bought its products.

“It wasn’t popular to support Colin and he certainly suffered as an individual.

“But Nike understands its consumer segment. They want to be perceived as an open, diverse brand. It did divide the public initially, but Nike made that trade off.

“Basically, when you look to position a company it shouldn’t be a marketing decision, it should be an ideological one.

“It’s most successful when a CEO makes a call and says ‘this is what we stand for’.

“It needs to be a well thought-out decision and implemented from the top down, because if it’s perceived to be lip service – you’ll get slammed by everybody.”

Pot of gold at the end of the rainbow?

Mr Tan said positive LGBTQI+ messaging was encouraged, as long as it was backed by action from corporations or, at minimum, a concrete plan for positive change.

According to the chief executive, authenticity is the only way to prevent brand damage and win favour with a public increasingly expecting companies to step up and provide support that goes beyond rainbow capitalism.

1. Donate. There is an array of LGBTQI+ organisations and community and sporting groups, most of which are run by volunteers who are giving their time and energy towards helping the lonely, vulnerable and most discriminated against in our community. Beyond the glamour of the Pride Parade, these organisations are severely under-resourced.

2. Corporations could encourage staff to do volunteer days with LGBTQI+ organisations.

3. Create and implement an LGBTQI+ Reconciliation Action Plan for your organisation and with the broader LGBTQI+ community.

5. Utilise November as a platform to show how you promote and encourage diversity and inclusion rather than simply saying “Happy Pride”.

About Choon Tan
Choon joined Pride WA in 2019 and became CEO this year. He holds an MBA and has worked in marketing for 20 years across the online retail and entertainment sector. You can connect with Choon on LinkedIn
About Nitika Garg
Nitika is an Associate Professor with University of New South Wales Business School. She is a consumer behaviour researcher, has published in elite journals in Marketing and won numerous awards and honours. You can connect with Nitika on LinkedIn

In a warp-speed world, sometimes it pays to take your time

Celebrating four women who are making a mark on the world