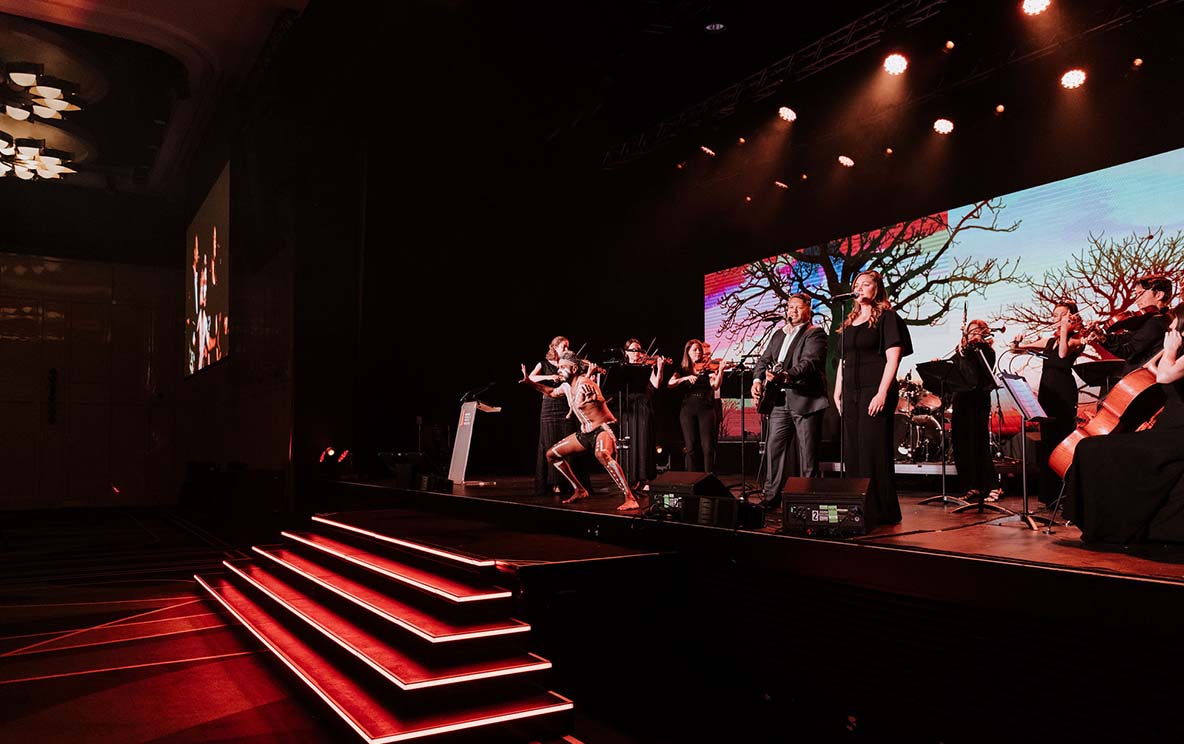 If you haven't yet participated in Western Australia’s premier business and leadership excellence awards, the AIM WA Pinnacle Awards recognise the outstanding organisations across the corporate, government, community and not-for-profit sectors in Australia that have a significant footprint in WA.

Winners of an AIM WA Pinnacle Award each receive a $20,000 training prize to gift to a charity of their choice, giving a tremendous skills boost for the people working in organisations critical to the community

We spoke to a couple of the organisational winners from the 2021 awards - RAC WA and Steel Blue Boots. Here's what their representatives Kylie Johnston and Garry Johnson had to say about picking up one of these prestigious awards.

An organisation that continues to demonstrate a high calibre of customer care, community engagement and workplace wellbeing, even through a global pandemic, Royal Automobile Club of Western Australia (RAC) was awarded the Lifeline WA Workplace Wellbeing Excellence Award.

With the COVID-19 pandemic causing a major shift in economic conditions, RAC adopted a people-first approach and looked for every opportunity to support their workforce, their more than one million members and their community.

They focused on rapid response, business continuity and, above all else, the physical and mental wellbeing of their people, implementing a wide-ranging program of comprehensive strategies.

“Although the pandemic brought great change and disruption we are proud of how, together with RAC members, the organisation responded to the challenges presented,” RAC Group Executive People and Capability Kylie Johnston said.

“We are incredibly proud to be recognised for our commitment to the physical and mental wellbeing of our people, our 1.2 million members and the wider WA community,” she said.

“This helped enable our people to meet the needs of our members, rather than reacting purely to the commercial challenges of the pandemic,” she said.

“It led to the introduction of several new support measures including hybrid working, a special COVID-19 leave provision and a COVID-19 information hotline.”

To support the mental wellbeing of RAC members and the community, the organisation established a dedicated member support team and financial hardship package, as well as a Members at Heart program which offered counselling services to members.

“RAC has a long-held focus on providing a safe, engaging and continuously improving workplace culture and adhering to this throughout the pandemic was key to RAC’s success.

“As a purpose-led member organisation, RAC is working towards a safe, sustainable and connected future for all Western Australians.

“Supporting the health and wellbeing of our people, our members and the community is integral to achieving that.”

Boiling it down to one word, Steel Blue Boots CEO Garry Johnson said the company’s ongoing commitment to corporate social responsibility was rooted in caring.

Offering a range of charity boots in pink, purple and blue to support Breast Cancer Care WA and Beyond Blue, the boots were the first of their kind and started important conversations around breast cancer detection and mental health within traditionally male-dominated industries.

Receiving recognition for what Mr Johnson said was a lifetime of work, Steel Blue took out the Hawaiian Corporate Social Responsibility Excellence gong at the AIM WA Pinnacle Awards.

“Steel Blue has had a longstanding history of caring – it is part of our DNA and who we are as a brand and as a team,” he said.

“We care about our team, we care about our suppliers, our customers, people that wear our boots and the environment, but we have also always cared about the community we are part of.

“This award really acknowledges the team’s efforts over a sustained period, especially the pioneering work we have done with Breast Cancer Care WA and Beyond Blue.”

The partnership with Breast Cancer Care WA began as many great ideas do – a simple conversation and a lightbulb moment.

The organisations were both up for an award at a 2006 event, which they didn’t win. Lamenting their losses and discussing why they should have won, one thing led to another and the idea of creating a purple boot initiative was born.

In 2007, the first purple boots were created, with pink boots being added to the range shortly after. Since then, Mr Johnson said Steel Blue had helped raise more than $1.6 million for Breast Cancer Care WA.

“Every pair of those boots comes with a waterproof shower tag with instructions on how to do regular breast checks,” he said.

“That is the piece we are most proud of – the awareness, it is a conversation starter.”

Fast-forward to 2014, on the back of the success from the purple and pink boot program, tradespeople began contacting Steel Blue, saying a big issue for them and fly-in, fly-out workers is mental health.

Partnering with Beyond Blue, an Australian mental health and wellbeing organisation providing support to people affected by anxiety, depression and suicide, Steel Blue created a range of blue boots to do their part in creating awareness.

“It was becoming an emerging issue and many of the tradespeople were asking us how we could help with awareness and fundraising,” Mr Johnson said.

“It was pretty clear to us after the success we had with the pink and purple boots that the blue boots could also have a similar result, so we ordered the blue boots in conjunction with Beyond Blue – they’re called Beyond Blue, so it makes perfect sense they are blue boots.

“It was really about supporting those FIFO workers, or construction workers, being impacted by anxiety, depression or, even worse, contemplating suicide.”

Raising money to fund over 6250 calls to the Beyond Blue Support Service, Mr Johnson said it was more than the fundraising.

“Again, it is about the education,” he said. “In each box with the blue boots is information brochures from Beyond Blue about anxiety, depression and contact details of who to speak to if you have any concerns.

“It creates awareness and a lot of companies now, especially the mining companies, use the blue boots to create a conversation around mental health.”

“It is a charity that doesn’t get a lot of funding and, when they do get funding, it always goes towards clinical training for their breast care nurses,” he said

“In terms of growing the team and helping them retain administrative staff, when speaking with Breast Cancer Care WA CEO Zoe McAlpine, it was clear to me the prize would help them achieve that,” he said.

Giving back to the community and operating with a focus on corporate social responsibility is ingrained in the fabric of Steel Blue.

“It makes our team really proud to be part of Steel Blue,” Mr Johnson said.

“From those humble beginnings of just trying to do the right thing by the communities we care about, we have created awareness, a conversation starter and, more importantly, funds raised for two charities.”

Kylie Johnston is Executive General Manager - People, Innovation and Capability at RAC WA.  You can connect with Kylie on LinkedIn

Garry Johnson is Chief Executive Officer of Steel Blue Boots. You can connect with Garry on LinkedIn

Organisational Performance Buy something from yourself

A new level of user-experience

Organisational Performance Life on the inside

Organisational Performance The 5 generations in your workforce

Organisational Performance What customer problem are you solving?

How your organisation can avoid becoming too inwardly focused