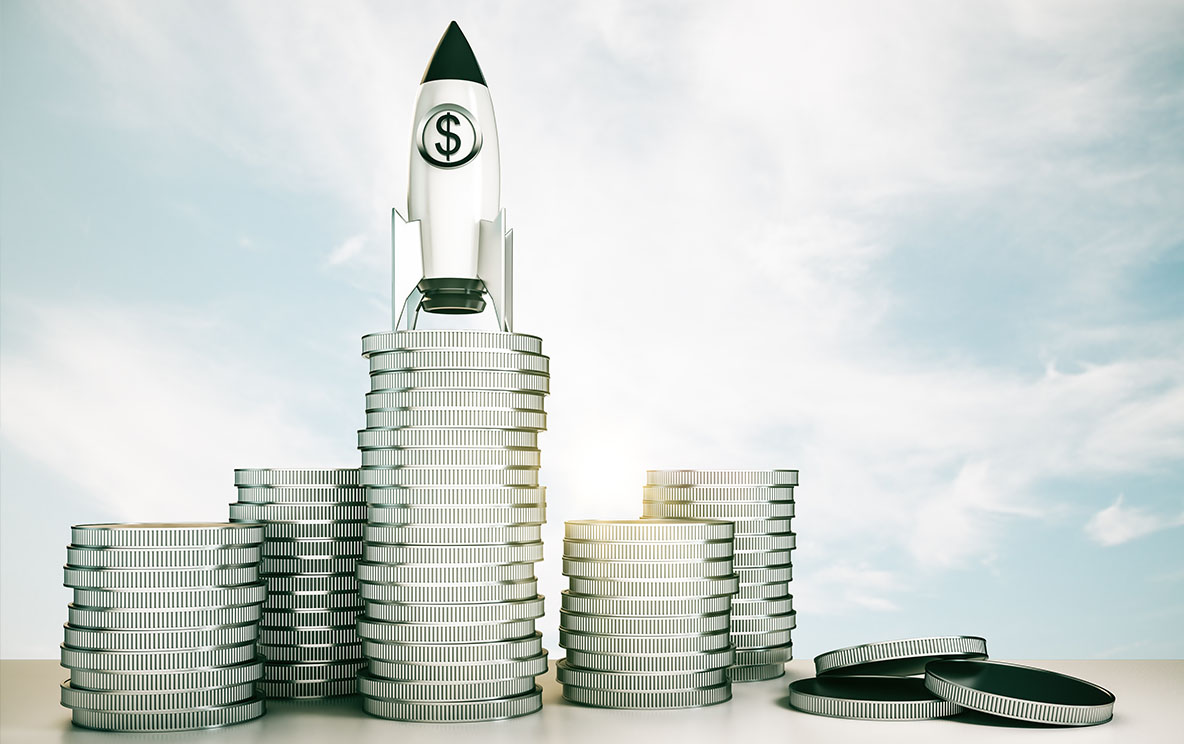 Commercialisation and the role of venture capital

Venture capital funding is a specialist area that only a minority of firms can receive. However, it plays a significant role in commercialisation for many innovative small firms.

Understanding the role of venture capital to commercialisation

The application of venture capital funding (VCF) to support commercialisation within innovative small firms (ISFs) has become popular since the 1980s. There are now numerous books and academic research papers published on the topic, and government programs designed to support such funding.

This has been motivated by the success of many tech-based start-ups that emerged from California’s Silicon Valley creating a global interest in the “Silicon Valley business model.

More recently this popularity has been manifested in the production of Reality TV series such as Shark Tank, and Dragons’ Den, about entrepreneurs pitching their ideas to a panel of investors.

VCF is commonly defined as financial investment, usually under conditions of risk, to assist the funding of new or growing businesses.

However, in addition to providing funding, VCF investors provide management skills and advice.

Due to the higher-than-average risk associated with this type of funding, investors will seek above average returns.

Furthermore, VCF is not a loan, instead it is used to secure ownership over the firm’s share capital and therefore have control and influence over the strategic direction it takes.

Commercialisation is generally understood to be a process of making a new product or service available for sale to the public, thereby generating profit. Yet, the commercialisation process is more complex and involves the interrelationship of several key elements.

These are product, process, and technological innovations, markets (customers), the management, transfer, and exploitation of knowledge, and the application of systematic product-market-technology development activities.

The commercialisation of a new technology or service innovation is rarely completed in less than 10 years. It requires increasing investment as it moves from initial R&D, through proof-of-concept trials, market insertion and diffusion. It is no accident that patents are granted for a period of 20 years.

This need for increasing investment to fund the commercialisation process is where VCF has a significant role to play. ISFs engaged in commercialisation projects typically have little access to debt financing and therefore require equity funding to assist with the various stages of the process.

The level of investment funding also tends to increase as the project moves from R&D to scale-up. In this process VCF moves through at least five distinct stages.

This is followed by start-up capital (usually less than $2m), used to fund proof of concept and early market entry.

The third stage is early expansion capital (e.g., $2m to $10m), which is used to fund market expansion and the scaling up of the venture.

After this is development capital, which is often a further investment equivalent to the previous stage and used to build up the market and the business operations and management capabilities.

Finally, there can be a mezzanine capital stage that is used to prepare the venture for initial public offer (IPO) listing on the stock exchange, or trade sale.

Each stage has different dynamics. During the seed capital stage VCF usually takes the form of private investors known as “Business Angels”. However, as the project progresses the need for more formal, structured VCF funds becomes important.

As mentioned earlier, the emergence of technology start-ups in America between 1980 and 1999 led to the development of the Silicon Valley business model. This business model was dependent on VCF investment to help the ISF venture navigate the challenges of early-stage commercialisation prior to IPO.

However, the digital transformation that produced firms like Apple and Microsoft, also saw a rise in financial speculation, that led to the dot.com investment bubble, which crashed in 2000, impacting the VCF sector. Research by the Kauffman Foundation, into 88 VCF funds from 1990 to 2010, found that 78% failed to deliver sufficient returns to justify any patient, long-term investing.

America’s VCF market remained in the doldrums until the Global Financial Crisis (GFC) of 2007-2008. Responding to this challenge, the Obama Administration passed the Jumpstart Our Business Startups Act of 2012 (JOBS Act). This was designed to help bridge the gap between early-stage investment and IPO for ISFs, such as medtech and biotech.

The JOBS Act helped to revive the US venture capital sector, boosting growth in VCF deals. There was a significant rise in investments into high-risk biomedical start-ups, and a massive capital raising for high-growth digital online ventures (e.g., Airbnb, Lyft, and Uber). These start-ups with market values of more than $1 billion were labelled “Unicorns”, to reflect their rarity.

Although exciting, this ecosystem raised concerns among academic researchers. They suggested the Unicorns represented little more than a speculative investment bubble. At its core were multi-billion-dollar unlisted start-ups, funded by private equity (PE), which reported no profit, and were probably overvalued. If the flow of VCF investment into such firms slowed or reversed, most of these firms were unlikely to survive.

The COVID-19 pandemic of 2020 also affected VCF funding. Prior to the pandemic there had been a record growth rate of 13% in VCF fund raising in the United States. However, during 2020 early-stage, seed, and angel VCF deals declined by 20%, and overall fund raising by 11%. During 2021, the sector returned to growth, a pattern that mirrored the activity across about half the world’s economies over the same period.

Another trend in US VCF funding since the 1990s is a significant decline (47%) in IPOs of ISF ventures. PE deals have become an alternative to IPOs, with large VCF retail funds moving into the segment. What is driving this trend is unclear, although the unusual nature of the US VCF market discussed earlier is likely to be playing a part.

IPO listing requires a more significant transparency in assessing and reporting a firm’s market valuation than is the case in PE deals. This trend has also been attributed to changing tax codes, laws and regulations that favour PE deals.

What is the state of Australia’s venture capital sector?

Australia’s venture capital sector is small by US standards (e.g., US$130 billion), but has matured since the 1990s and grown to US$2.5 billion in 2021. It consists of venture capital funds and late-stage private equity (VC&LSPE) managers.

These firms invest both directly and indirectly. In the first case the investment is made directly into the investee companies, while in the second, it is managed via pooled funds.

The majority of Australia’s venture capital funding (68%) is sourced locally, with 42% provided by superannuation funds. VCF investments in Australia grew by an average of 22% over the period 2017-2020, boosted by federal government policies designed to assist ISFs access VCF, including crowd funding.

In a recent study by UWA PhD candidate Kylie Gilbey and Emeritus Professor Terry Marsh from UCLA Berkeley, it was shown that Australia’s VCF market has not followed the US down the PE path. Since the 1990s the two countries have diverged, with Australia maintaining significant growth in IPO ventures compared to the USA.

The research suggests the relatively small size of the Australian VCF market makes IPO listings on the Australian Stock Exchange (ASX) an attractive option for ISFs.

Furthermore, the success of IPOs in Australia has been particularly noticeable in Western Australia, where a ‘supportive financial ecosystem’ exists.

This emerged around the local mining sector, comprising a network of professional advisory services with experience in assisting small-cap mining companies move to IPO. Their expertise has transferred into other sectors.

VCF investment remains important to commercialisation, something acknowledged in the annual Global Innovation Index (GII) that tracks the performance of the world’s economies in innovation. It measures VCF deals from the investor and recipient perspectives as a proportion of GDP.

Although North America continues to dominate the overall volume of VCF deals things are changing. VCF funding growth within the Asia-Pacific has been significant, while Europe and North America have declined.

In 2021 Australia ranked 23rd out of 132 countries in the GII global ranking. Its VCF deals ranking was below the top four nations, Switzerland (1st), Sweden (2nd), USA (3rd), and UK (4th). Within the Asia-Pacific region it was on par with China (12th), but significantly below Singapore (8th).

VCF, although a niche source of funding, is important to commercialisation for many ISFs. The keys to its successful use, are the expertise and knowledge of how to structure and manage deals from both the investor and investee perspective.

Please send us an email if you would like more information on how to get involved in these Round Table sessions.

Tim is a Winthrop Professor at the University of Western Australia where his research focuses on entrepreneurship, innovation, small business management, marketing, strategy, commercialisation, and the co-operative and mutual enterprise business model.

He is a Qualified Professional Researcher with the Australian Research Society, and the Coordinator of the Co-operative Enterprise Research Unit (CERU), at UWA. Tim is also the founder and Director of the Centre for Entrepreneurial Management and Innovation (CEMI), and a founder Director and Company Secretary of the Commercialisation Studies Centre (CSC) Ltd., a not-for-profit public company dedicated to encouraging best practice in commercialisation. You can connect with Tim on LinkedIn

Be visible and available

Open to the public and developed by the Commercialisation Studies Centre (CSC) Ltd. these sessions forms part of a series of events and round tables to share best practice and research into commercialisation.

Strategy Cryptocurrencies are here to stay

You go to Harvard. It doesn't come to you. Right?