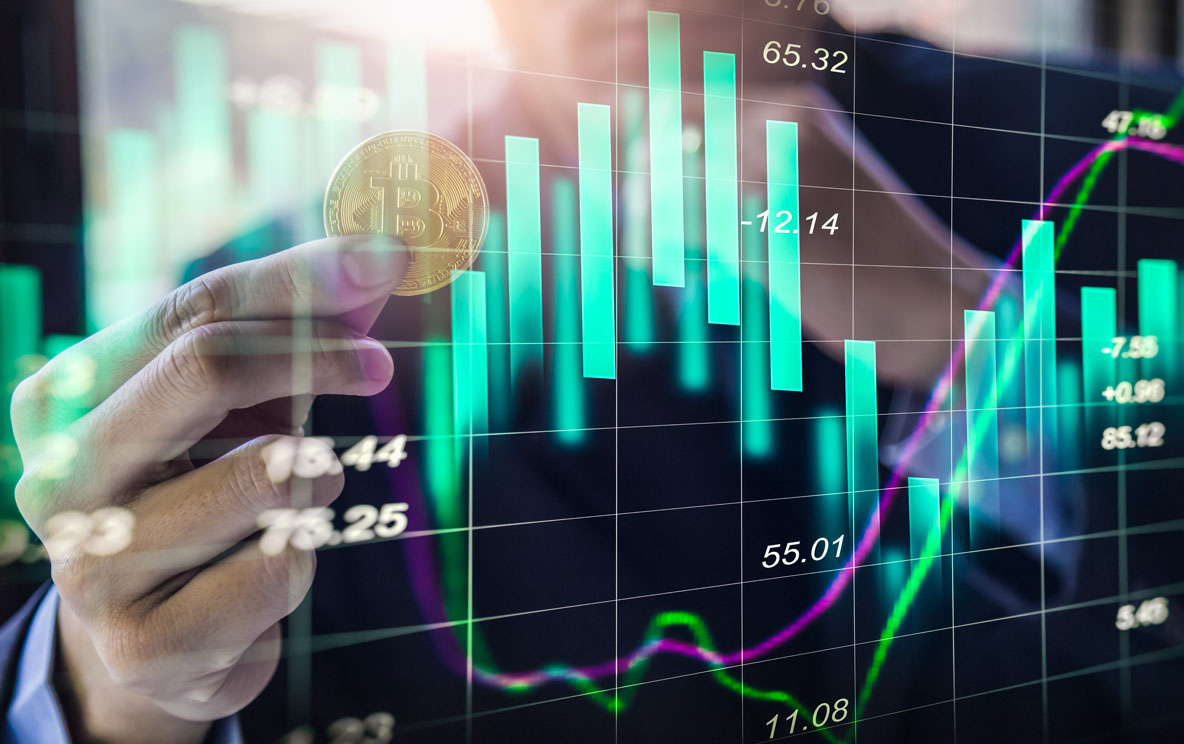 Cryptocurrencies are here to stay

Does the reality of cryptocurrencies currently match the hype?

Cryptocurrencies are the reality, and this reality has exceeded the hype.

Over the last four years the sentiment towards cryptocurrencies has positively changed. The change is evident in the growing adoption of cryptocurrencies by retail, businesses, large institutions and governments.

Practice indicates this is only the beginning. For instance, the Commonwealth Bank of Australia has recently announced to offer cryptocurrency services to its customers and by doing so, has joined the lead of other world banks, like JP Morgan.

This should not be a surprise, given that about 25% of Australians either own or plan to invest in cryptocurrencies. Millennials and Gen Z, the major workforce in the digital economy, are most enthusiastic about the new form of money, which they can now easily use.

New payment providers offer an opportunity to conveniently spend cryptocurrencies for day-to-day purchases, using debit and credit cards issued by Visa and Mastercard. Some of the more progressive superfunds in Australia have already recognised the changing demographic trends and are planning to invest in cryptocurrencies, mainly to protect their customers from inflation.

The use of cryptocurrencies, and especially bitcoin, as a hedge against inflation was recognised by major global publicly listed companies, like Tesla and MicroStrategy or Square, who invested billions of their USD cash reserves in bitcoin over the last year.

Furthermore, El Salvador became the first country to adopt bitcoin as a legal tender (national currency) in 2021. These are just a few examples demonstrating the growing adaption of cryptocurrencies.

Interestingly, the practice seems to have exceed the hype.  For example, the current Google search for ‘cryptocurrencies’ in Australia (worldwide) is similar to (slightly higher than) the 2018 levels of the last crypto hype fuelled mainly by ICOs (Initial Coin Offering).

However, the current total market cap of all cryptocurrencies is three times higher (USD $2.5 Trillion, as per end of Nov 2021) than it was four years ago. Although the trend seems to be going up, one needs to be aware that the adaption of all new technologies is speculative and cyclical.

However, the downside of a hype cycle does not mean the end of a technology but a natural selection and adaption of the best and strongest of them.

Do company CFOs and/or treasurers need to understand the cryptocurrency landscape?

They absolutely must. This is no longer a choice.

The cryptocurrency landscape is diverse, vibrant and growing. The expansion of new business models and services powered by blockchain requires from any businessperson, and especially from a CFO, to understand the differences between cryptocurrencies like decentralised digital money, platform and utility tokens, governance tokens, fan tokens, stable coins and the most recently hyped non fungible tokens (NFTs).

Even a more important question is whether current executives can manage these different digital assets within the fast-emerging metaverse economy of Web 3.0. However, even those still immersed in traditional finance, cannot afford to miss out on understanding blockchain technologies powering the upcoming Central Bank Digital Currencies (CBDCs), and their impact on commercial banks, businesses and retail.

On the entrepreneurial disruptive front, many start-ups have already successfully explored decentralised governance and the efficiency of blockchain-powered cryptocurrencies to build diverse Decentralised Finance (DeFi) applications that challenge traditional incumbents in areas or lending, borderless payments and insurance.

And this is just a tip of an iceberg. Blockchain technologies have an impact on other areas of business, like accounting, which can be done more efficiently and without as many accountants as currently needed.

The transition to digital global economy and tokenised finance has certainly been accelerated by COVID-19, confirming the direction and speed of the transformation.

Career-wise, it would be highly concerning for anyone in finance and for a CFO especially, to acknowledge that they do not understand cryptocurrencies today. It’s like a marketing manager in the early 2010s ignoring social media and insisting on advertising in print newspapers only.

What is the possible value proposition for companies that are considering engaging with cryptocurrencies?

This is a question of survival. You either adapt and use cryptocurrencies and blockchain or you perish.

This may not be immediately applicable to companies across all sectors, though. Some of them, like financial services, will be impacted sooner than others.

Commercial banks are in a particularly concerning situation here. From the disruptive technologies’ perspective, they are being challenged by traditional FinTech and neo-banking solutions on the one hand and increasingly by cryptocurrency service providers like crypto exchanges, digital crypto wallets and various DeFi solution on the other hand.

From the state perspective, some of the blockchain powered CBDCs can make commercial banking services as we know them, somehow redundant. This may explain the recent move of the Commonwealth Bank into cryptocurrencies.

Paradoxically, cryptocurrencies may be the only thing that can save traditional banks or at least postpone their slow decline. When speaking about the impact of blockchain on traditional companies more broadly, businesses can certainly better streamline their processes and save costs, but this also means major restructuring and potential job losses including high managerial positions.

What is the future potential for day-to-day transactions to be handled in crypto?

Enormous. For many this is already a reality.

Many international large companies already accept payments in cryptocurrencies, a new sector of crypto payment providers is fast emerging and many major businesses in Australia and overseas are getting ready for crypto, as I mentioned earlier.

This is not just a hype but a simple realisation that blockchain based cryptocurrencies are a much better technology for payments than the current infrastructure we use. Following the logic of Schumpeterian creative destruction, new more efficient technologies will simply replace the old ones. This is inevitable and just a matter of time.

Do cryptos have a future if central bankers become concerned about loss of control of monetary policy?

If you can’t beat them, join them.

It is inevitable that the emerging digital global economy will use cryptocurrency-based digital money. This includes Central Bank Digital Currencies. The challenge for central banks is that they may lose some control over the monetary policy and share it with two other types of money: people’s money - public decentralised cryptocurrencies like bitcoin and corporate private cryptocurrencies, like Facebook’s (now Meta) Diem.

What is particularly concerning, is the fact that both, CBDCs and corporate cryptocurrencies will have to be centrally controlled and as a result likely to turn money into a surveillance and control instrument. Hence, the conversion to digital cryptocurrencies is more of an ideological than a technological challenge.

This is particularly true for central banks in Western democratic economies, that at least on paper, stand for democratic and free market principles. If they truly do, they should in theory allow for the freedom of money and the separation of money and the state (perhaps yet unlikely but a logical consequence).

If they don’t stand for democratic principles, they would have to follow choices made by authoritarian countries and establish their hegemonic version of national digital currency while banning all other competitors (see China’s digital Yuan).

Most people in Western democracies would likely reject such a solution unless there was an internationally coordinated effort convincing them that the limitation of their personal freedoms and privacy serves a greater public good.

How advanced is the regulatory framework?

The answer to this question is more complex as there are many factors to consider.

In most countries, cryptocurrencies, as digital assets, are already sufficiently regulated by existing laws and do not require new special crypto regulations. For example, cryptocurrencies that were issued as an ICO, and are part of a collective investment, are regulated by the Australian Corporations Act (2001) like any other financial product.

Cryptocurrencies like bitcoin, that are not owned or issued by any central party, are considered commodities and regulated respectively. As a result of these differences, they will be taxed differently but surely.

Furthermore, while new laws may not be needed for cryptocurrencies directly, regulators worldwide do a quite good job legislating the infrastructure that enables consumers’ interaction with cryptocurrencies. For example, in 2018 AUSTRAC implemented new legislation for cryptocurrency providers (e.g. exchanges) to comply with anti-money laundering and counter-terrorism financing regulations.

As cryptocurrency and blockchain technologies are evolving, it is very likely that legislators will catch up with these technologies and regulate them effectively. However, bad or over-regulations could be worse than lack of regulations at this stage, as they would stifle the innovation and result in an outflow of talents overseas to more crypto-friendly jurisdictions, like the EU.

Luckily in Australia, there is a small but growing group of progressive and well-informed policymakers that try to make Australia more crypto friendly, encourage innovation and economic growth.

Their effort is still met with challenges from more conservative legislators and current (lobbing) incumbents. Some of them openly acknowledge that they do not understand cryptocurrencies.

Hence, the right cryptocurrency and blockchain education is today in high demand more than ever. For example, enrolments in my originally designed BUSN5001 Blockchain and Distributed Ledger Technologies unit I teach at the UWA Business School have increased ten times over a short period of four years, from 15 students in 2018 to 150 students this year.

The changing legal landscape, increasing levels of education and growing adaption of cryptocurrencies, indicate that cryptos are here to stay.

Dr Gwizdalski is a Senior Fellow of Higher Education and multi-award-winning educator at UWA Business School. He originally developed and teaches one of Australia’s first comprehensive master level units on blockchain technologies in business (BUSN5001) and pioneers education in the metaverse. His collaboration with global blockchain industry leaders, policymakers and communities aims at developing standardized frameworks for blockchain qualifications. He frequently presents public lectures and conference papers and offers research and education services to start-ups, corporate and government audiences via Blockchain Technologies Knowledge Network (btkn.org). You can connect with Andrzej on LinkedIn

Follow this guide to getting valuable insights into your competition

Strategy Is it time to take cryptocurrency seriously?