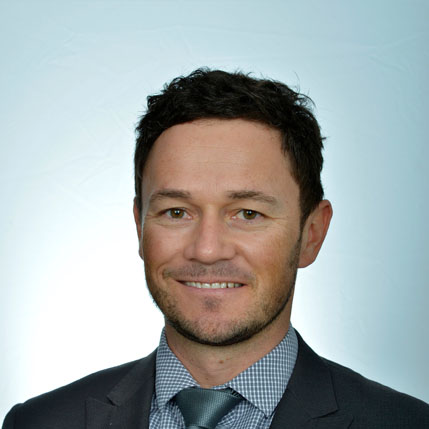 The best part of Gavin Taylor’s childhood was embedded in grassroots sport, with fond memories of playing soccer for Cockburn City Soccer Club and watching the senior team play at Dalmatinac Park afterwards.

For many Australians, grassroots sport represents a similar weekend tradition, with the kids piled in the car and driven all around the metropolitan area to their next game or sporting commitment.

The former CEO of the West Australian Football Commission (WAFC) – the caretaker of Australian rules football in the state – Mr Taylor played a role in the release of the WA Football: Social Return on Investment report last year.

Completed by ACIL Allen, the report found that beyond the economic contribution football made to WA, club-based footy generated $225 million in social benefits to the community each year in the areas of mental and physical health.

While this number includes the two WA-based Australian Football League clubs, it is apparent how important grassroots teams are to local communities.

Sponsorships from small, medium and large-scale businesses are critical to the sustainability of grassroots sporting clubs, and they offer an opportunity to connect directly with the community. For the 463 footy clubs spread out among 55 leagues in WA, sponsorships are an integral part of the game’s sustainability.

“We're seeing trending in the sponsorship space, and this is well over a decade that this transition has been occurring,” Mr Taylor said. “We have moved from the concept of businesses simply using our sporting clubs to advertise, to sponsorships and partnerships.

“Sporting clubs are starting to align with organisations that have different values, where they know their relationship can deliver mutual benefits.

“It is seen as something with long-term and mutual benefits rather than short-term and transactional ends.”

For the 345,000 football participants across WA, sponsorship is more than a logo on the scoreboard; instead it might mean a new barbecue for a sausage sizzle, jerseys or new equipment.

“The sponsors really become a part of the club,” Mr Taylor said. “They are seen to offer value to the club and are also seen by the players and the members of the club as being a key link to why the club is sustainable and successful.

“Clubs that do it really well are also the ones which clearly demonstrate the outcome of what the sponsorship is delivering."

“It's about a partnership. The better we understand the people that sit behind the brand and the deeper the connection within the club, it naturally draws more loyalty to the business or the service or product it’s delivering.

“I think what we're finding now is, whether we're dealing with large, multi-national companies or smaller sponsors, we have moved from a transactional partnership or only providing benefits to one organisation. They are now partnerships with a purpose.”

The value a community club brings

My Taylor said many businesses were recognising the value of community sporting clubs, as companies could align their social policies with partnerships.

“As we come out of COVID-19, that's actually going to get reinforced – the benefits of the connections provided through community footy,” he said.

“We know there are wellbeing, social and significant mental health benefits, and we also know those clubs bring together and connect the community.

“The ability for a sponsor to know its contribution to helping deliver those broader outcomes and benefits to the community is another reason we're seeing sponsors getting involved in football.

“Major organisations which have a social policy can see community footy clubs really provide a means of supporting that.”

Gavin is former CEO at West Australian Football Commission (WAFC) and is currently Managing Director - Australia at Ticketmaster. You can connect with Gavin on LinkedIn

How any office can become more environmentally friendly