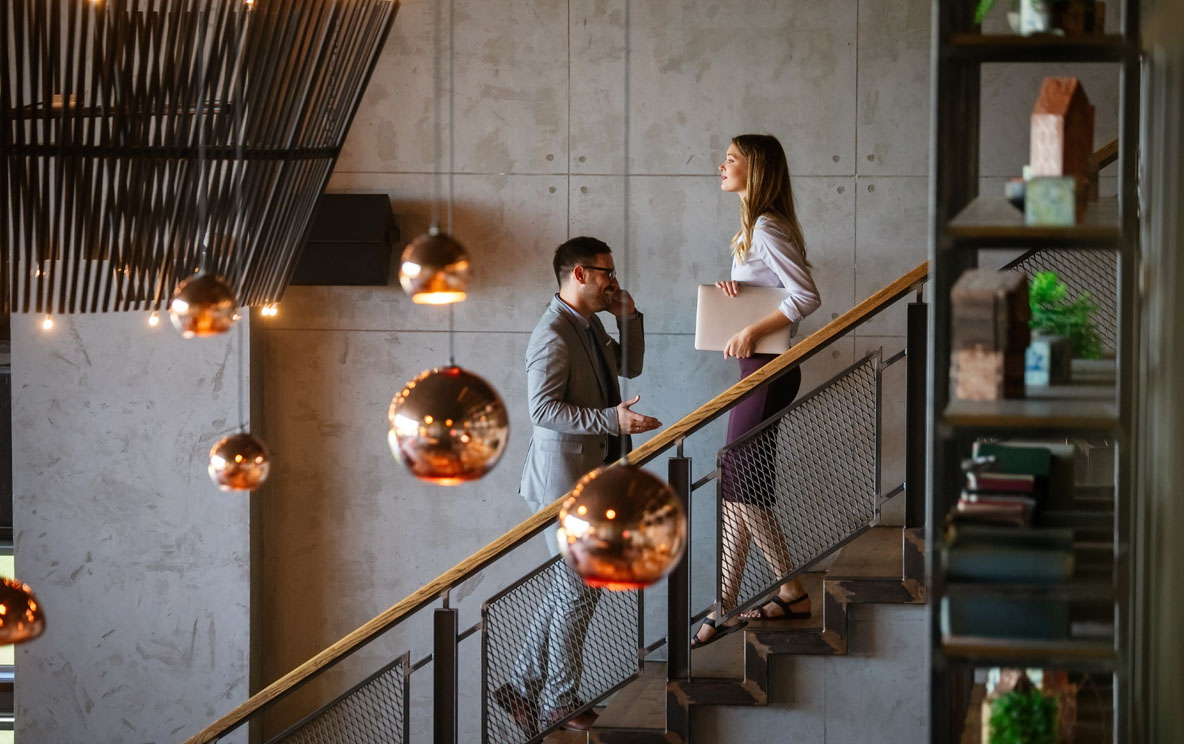 Moving up the ladder

How to handle your new promotion seamlessly

Making the jump from a member of the team and ‘one of the pack’ to the top position, or ‘leader of the pack’, is something that takes adjustment and may cause adversity.

However, while many may see a CEO role as daunting, it is often the first promotion into a leadership position that proves to be the most challenging transition.

Edith Cowan University Leadership Lecturer and Management and International Business Course Coordinator Andrei Lux explained that a promotion into a top role such as CEO was often times an incremental advance on the back of several positions of senior leadership, but the shift from a star performer in a team to the leader required a significant change in attitude.

“The first promotion from being an employee to being in the leadership tier is a real challenge for people,” he said.

“One of the reasons for that is because we promote people for their job performance, so odds are you're fantastic at your job, which is why you've been promoted, but as soon as you become a manager or a leader your job is now about other people and helping them to do the work.”

AIM WA Head of Product Design and Delivery Graeme Robb had a similar view on the transition into leadership, highlighting the modern trait of a humble leader as key to success.

“Twenty years ago, I wrote a new course on leadership for a client, and it was the first time that I actually saw the word ‘humility’ as a leadership trait – now we're seeing it all the time,” he said.

The biggest mistake Mr Robb sees in new leaders is the temptation to reinvent themselves and become bossy or arrogant.

“Arrogance is something to be aware of,” he said.

“It's also about helping people and teaching them to help them learn and move forward, rather than ridiculing them.

“There’s the whole thing about servant leadership, where ultimately if you can help your team to improve and to get better and go forward by helping them with their needs to make that happen, then maybe that's a better option.”

Dr Lux agreed. “Some people feel like they need to be the boss and with that they start behaving differently, they start speaking more formally and writing these sort of stuffy sounding emails that are very authoritarian,” he said.

“I always tell people just keep being yourself, stay authentic, stay true to who you are – you were promoted because of who you are and that's why you're moving up the hierarchy, you don't need to suddenly put on a leadership mask.”

Both Dr Lux and Mr Robb were quick to point out the common pitfall in failed leadership, which is the fact that the star performer in the team does not always make for the best leader.

Mr Robb highlighted how different a role could become once you were the leader of the team.

“In all the years I've been involved in the training and coaching, and the psychometric side of things, I often see people who are thrown into a role because they are great technicians or operators,” he said.

“Because of that we say, ‘wow they would make a great supervisor or manager’, and so we throw them into those roles when the reality is they're not a leader because they've never seen themselves in those roles and never received training.”

Dr Lux emphasised how a promotion from within a team has incredible benefits in terms of understanding the team’s needs, strengths and ambitions, however he agreed that the transition was one which required a significant adjustment.

“Part of the process is actually learning to depend on other people. A lot of the time if you've been a star performer, you're probably better at the job than the people you're now leading, so giving up control and learning to trust others to do the work is a real challenge,” Dr Lux said.

“All of a sudden your self-knowledge and your interpersonal skills become the bulk of your role and your core key performance indicators, and whether or not you'll be successful, which is not what you've been practising and building.”

Mr Robb added some food for thought on accepting a promotion, in some cases locking an individual into a position or career path they were less interested in.

“Ultimately, it could be that you’re locked into a career path. It's not going to be as fulfilling as it could have been and in terms of motivation, which can lead to a decrease in your own job satisfaction,” he said.

A change in relationships and isolating adjustment

Another adjustment to be considered once a manager takes on their first promotion is the shifting of relationships with their colleagues, whether it is a subtle feeling of isolation or levels of jealousy from overlooked colleagues.

“The first thing that people notice is that the process is really isolating and can be quite lonely,” Dr Lux said.

“So the colleagues, with whom you've previously been able to share all of your sort of workplace burdens, all of a sudden become subordinates and all those workplace interactions take on a new level of complexity.

“I would say, this is probably the most challenging time in people's career.”

Dr Lux said drawing on the support of social networks outside of work such as family, friends and even other managers was important to help counter a sudden shock of isolation.

Mr Robb said if not managed well, a promotion could also lead to a change in one’s work-life balance. Potentially changing relationships with family and friends, as well as commitments outside of work, proving to be one of the biggest shocks when gaining that first promotion.

A sense of self-doubt can also overcome both new and experienced leaders.

Understanding the effects of imposter syndrome and how common it is in leadership roles can help overcome this self-doubt, according to Dr Lux.

“So a lot of the leaders that I've spoken to over the course of my career, even very senior leaders will doubt their skills, talents and accomplishments, and there's this constant fear of being exposed as a fraud,” he said.

“It happens to a lot of people and it can be quite crippling, especially as you enter leadership roles, and the bad news is that it never really goes away.

“But by talking to other leaders, you'll really quickly find out that you're not alone and that helps.”

Perhaps playing into feelings of imposter syndrome is the theory of the Peter Principle, a concept of management developed by Laurence J Peter, which Mr Robb highlighted.

“The Peter Principle is that we promote people to the extent where they actually start to go backwards rather than forwards,” he said.

“It becomes harder for them to fulfil the requirements of a position they're being promoted into, and it's not because of their incompetence, it's just they're being pushed into a role that doesn't suit their skill set.”

However, Mr Robb said an adequate and consistent level of training and understanding each employee’s strengths and flaws will make for effective promotion and leadership within a whole organisation.

It prevents the Peter Principle, while staying true to one’s self after a promotion and earns personable respect and morale within the team.

If you're fairly new to management, or a promotion is in the near-future and you want to explore and develop your own leadership skills, then join the many professionals who attend "The New Manager" each year.

Given its popularity, this three day course is held regularly at AIM WA.

About Dr Andrei Lux
Andrei is a Lecturer in Leadership and a Course Coordinator for Management and International Business at the School of Business and Law at Edith Cowan University. His research focuses on leadership and organisational behaviour, with interests in positive follower outcomes such as engagement, commitment and satisfaction, as well as cross-cultural issues such as cognition and values. You can connect with Andrei on LinkedIn

About Graeme Robb FAIM
Graeme is Head of Product Design and Delivery with AIM WA. Having worked in leadership positions from front-line management to C-suite roles, Graeme has practised, trained and coached many people in the crucial skill of delegation. You can connect with Graeme on LinkedIn

This highly popular course helps you to improve and develop your personal management style. As well as building on your core interpersonal skills, you'll develop your ability to manage performance, conflict and change.

Career Development How to ask for a pay rise

Career Development How could an MBA change your life?