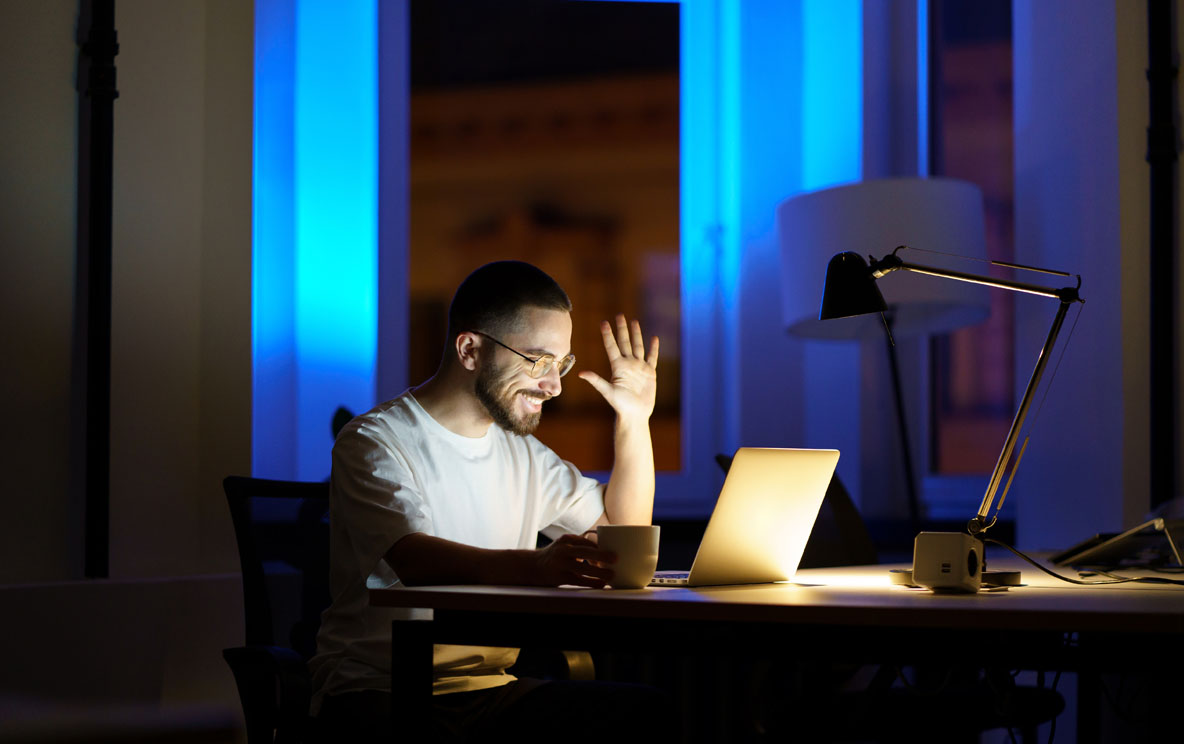 Online networking. How to improve your virtual handshake

Career networking is all about creating an avenue for professional relationships and employment goals, but what if you could make new industry connections online in a matter of seconds from another state or country?

According to career experts, trading in-person networking events filled with flimsy nametags and endless free tote bags for an online setting can be just as beneficial – if not more so.

Strategic Career Management Director and Career Coach Helen Holan said the key difference to networking online versus face-to-face is that some communication elements were slightly removed, but all variations of networking had the same end goal of building relationships.

“Essentially your goals are to get people to know you, like you and trust you, only then can networking be of any benefit,” she said.

Although there are pros and cons to both virtual and in-person networking events, one of the biggest benefits to online networking is that it’s easier to attend – plus you don’t have to leave the comfort of your own home or office.

“Perhaps you are able to speak with people you might struggle to be in front of physically, particularly if you’re working in an industry where there are few local contacts,” Ms Holan said.

“Engaging with online networking may mean you get to reach out to people from your industry in different states or countries.”

Instead of selling yourself and listing all the reasons why you’re so employable – and yes, believe it or not, everyone else claims to be self-sufficient in Microsoft Word and Excel too – Ms Holan said conveying yourself as a service and being open to every communication opportunity would allow for a more successful networking outcome.

“A lot of people walk into networking or approach conversations from a self-serving or selling perspective,” she said.

“The technique is just to be really authentically curious about others and what they do, thinking about how we can be of service to them.”

Beyond online event platforms, social networking sites such as LinkedIn help us to constantly connect – because, the reality is, we never truly know when our career might experience disruption.

Instead of leaving our LinkedIn profiles dormant to collect cobwebs, Ms Holan said it was best to post career updates and maintain connections as you go, even if you were not seeking new employment.

“Statistics indicate fewer than 30 per cent of people land their job as a result of responding to an advertisement on a job board; most people gain their job through utilisation of their network and other sources outside of a job application,” she said.

“It’s about applying a bit of a maintenance mindset with LinkedIn and updating your connections as you can, because you’re never quite sure when you’ll need to have those in place.

“It is not only about keeping connections up to date, but also committing to maintaining relationships with people over time even when you don’t necessarily see an immediate need or benefit.”

Gone are the days of a simple chatroom with basic video and text functions, the virtual event space has changed for the better in order to strengthen your virtual handshake.

For virtual and hybrid event platform vFairs, there are a range of networking and engagement features on offer for attendees to get the most out of their online experience.

Like something straight out of The Sims, vFairs offers 3D visual designs and animations – take your avatar on a stroll through the virtual lobby or head to the interactive exhibitor booth to do your research on an organisation.

“vFairs uses video sharing applications as only one part of a bigger production – attendees can network through things like text and video chat, live Q&As and discussion boards,” vFairs Founder and CEO Muhammad Younas said.

“Attendees can also feel like they’re engaging with companies and brands without actually starting a conversation at all. 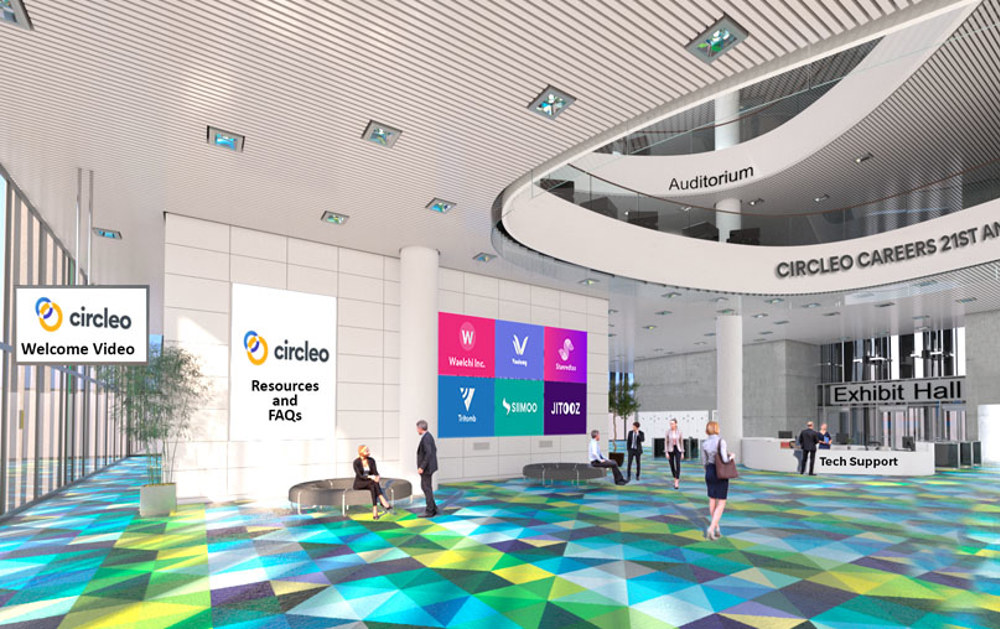 VFairs exhibit hall is part of the immersive virtual experience

“For example, a virtual exhibit booth lets attendees browse through a company’s brochures, videos and even representative’s profiles, so they can learn more about the organisation before they strike up a conversation.”

The prospect of successful face-to-face networking seemed dire when COVID-19 struck, but virtual networking provided an opportunity to upskill and adapt throughout the pandemic, according to Mr Younas.

“The pandemic created a huge shift in virtual event users, which has in turn shifted expectations about what virtual events must deliver to their clients,” he said.

“Some virtual events platforms had to adjust more quickly than they naturally would have in order to become a mainstream technology that’s accessible to everyone.

Helen is Director at Strategic Career Management and has over 10 years' experience delivering career management, leadership and team development coaching programs and workshops. You can connect with Helen on LinkedIn

Muhammed is Founder and CEO at vFairs based in Toronto, Canada. He is an internet business executive with over 15 years' experience managing SME organisations. You can connect with Muhammad on LinkedIn

Stop trying to be interesting

In this one day course, learn the essential ingredients for business networking, including in-person and online. Set goals and use strategy and systems to network effectively and make meaningful connections.

Stop trying to be interesting

How to ask for a pay rise