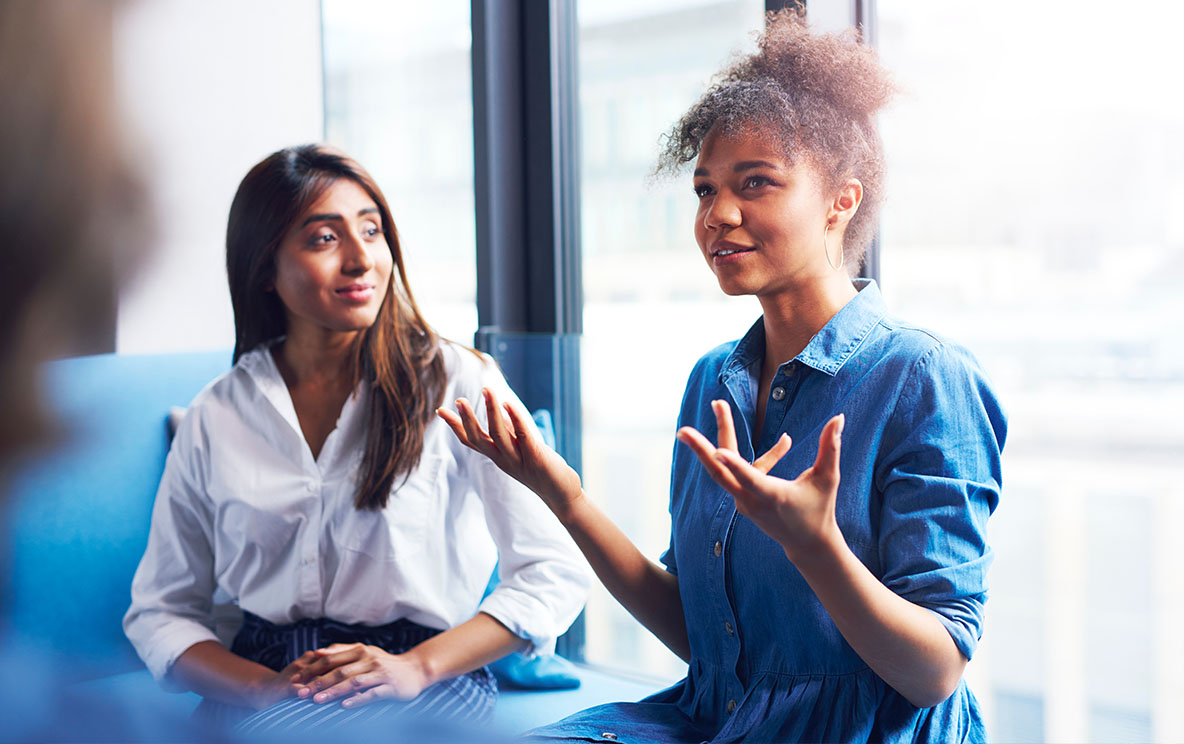 How to be assertive

Tips on how to master the key to communication success

Many people confuse assertive communication with aggressive behaviour, jumping to the wrong conclusion that both should not be practised.

However, they could not be more different.

Assertiveness is, in fact, key to achieving a positive outcome in a wide range of settings, including the workplace and while some people seem naturally assertive, others need help learning the communication technique.

Assertiveness is best understood by considering the spectrum of human behaviour, according to Learning and Development Specialist Louise Kelly AFAIM.

Ms Kelly, who has helped thousands of people be more assertive, said passiveness was at one end of the spectrum and dominance on the opposite side, with assertiveness positioned in the middle.

“Start by imagining one end of this spectrum as lacking in assertiveness, where communication is submissive or passive and people don’t speak out,” she said.

“This is where individuals are not showing respect for their own rights and instead allowing others to get or do whatever they please.

“Submissive people don’t openly share how they think or feel, so they can appear dishonest for not being clear in what they want.

“An extreme form of this behaviour can be described as ‘behaving like a doormat’, allowing others to literally ‘walk’ all over you, wiping their feet on you and dismissing your rights while demanding they get what they want.”

On the opposite side is dominant behaviour, with people behaving aggressively to others.

“Aggressiveness is always disrespectful to others – ignoring or abusing another’s rights – and can be a form of bullying,” Ms Kelly said.

“However, in the middle of the spectrum – the sweet spot – is assertiveness, where a person will share how they think, feel and want.

“Assertive communication is a way of communicating feelings, thoughts and beliefs in a clear, honest and respectful manner, both to another person’s rights and to our own.

“It is so much more than what we say and includes how confidently we say it, the way we hold ourselves, our gestures, the expression on our faces, the sounds we make and don’t, as well as the words we choose to use.”

Ms Kelly said everyone had the capacity to move forwards and backwards along the behavioural spectrum, depending on the situation and circumstances.

“We have a default, a natural disposition, where we mainly lie, but this is affected by the severity of threats we perceive to our sense of selves and our loved ones, our comfort, safety and security, as well as our current state of resilience and physical and mental health,” she said.

“Most people need to work at assertive communication throughout their lives, as it is easy to fall into being over or under-assertive and slip into being aggressive or submissive, particularly when we are stressed."

“Many people shy away from being clear and honest, as they may have been brought up to believe it is a bad thing.”

Ms Kelly said it was important to practise assertive communication in all relationships, including the workplace.

“I cannot imagine a time when I would not recommend being assertive, unless you were in a specific culture or country where you could be in danger for speaking your truth or expecting the same rights as another,” she said.

The benefits of being assertive

When a person is honest and clear in their communication, respectful and confident to speak out, there is high trust, better collaboration and greater mental wellbeing in teams.

“If workers are aggressive, then others’ ability to carry out their duties can be affected by fear and they may not feel it is safe to speak up and share important information,” she said.

“Sometimes these differences in behaviour are more pronounced in certain cultures, depending on the embedded values of that culture. This is where assertiveness training can really benefit the free flow of information.

“It can easily be developed and taught.”

To be more assertive, it is best to begin by considering what is communicated from a distance – that is, posture and position.

Ms Kelly said it was important to realise assertiveness was directed both externally at others, as well as internally in a biofeedback loop to ourselves.

“As much as we need to project outwards, we also need to convince ourselves,” she said.

“When we stand or sit with our chests open and not over-expanded or compressed and we have a comfortable open stance, we convey a feeling of confidence inwardly, as well as outwardly.

“Best-selling author Amy Cuddy is a social psychologist at Harvard who has studied power and posture and has a fascinating TED Talk video where she explores the impact of expanded and contracted postures on the self and others.

“Dr Cuddy demonstrates some quick two-minute exercises that reduce the stress hormone cortisol and increase testosterone to make you feel confident and good.”

The clothes and colours we wear also send subliminal messages about our confidence and assertiveness.

“Some colours are linked to aggressiveness while others are associated with being less noticeable or blending into the background,” Ms Kelly said.

“For example, many years ago, the WA Police Force changed the colour of their uniform from dark blue, which had a paramilitary connotation, to a lighter blue, resulting in officers being perceived as more approachable and thus increasing the community engagement and volume of vital intelligence offered.

“What we wear includes any ornamentation, such as jewellery, makeup, tattoos, piercings, official badges, indicators of authority and hairstyle, as they all communicate different messages internally about how we feel about ourselves and outwardly to how others perceive and react with us.”

During assertive communication workshops, Ms Kelly works on participants’ postures and gestures, as well as their tone of voice, mindset and language.

“One of the most important tools in assertive communication is the ability to use ‘I’ statements and own what you think and feel,” she said.

“That might be something like ‘I feel uncomfortable with that’ or ‘I don’t feel I understand what you are asking me to do properly’.

“The second most important tool is to be aware of your own boundaries and the ability to say ‘no’ in a confident and comfortable way.

“In my workshops, we work on delivering a diplomatic ‘no’ where it is appropriate to say, that leaves both the sender and the receiver feeling comfortable.

“This doesn’t always require the use of the actual word ‘no’ to make it clear.”

Learning to be assertive

A person’s self-perception is sometimes very different to an outsider’s opinion, so they may not realise others consider them to be aggressive or submissive.

Ms Kelly said the need for some help with assertiveness was often identified during performance reviews.

“It may even be that an individual recognises they need some professional development because their communication style is holding them back in their career,” she said.

“We can also ask friends how we come across and do a self-analysis, imagining a video was filming our interactions and rating ourselves for our level of confidence and assertiveness in our interactions.”

Master of Training and Development, Organisational Coach, Radio Host and Neuro-Linguistic Programming Practitioner, Louise specialises in understanding self and others. Since 2008, she has helped hundreds of businesses communicate and cooperate better and improve productivity. She is curious about what drives us and what creates healthier relationships and easier lives. You can connect with Louise on LinkedIn

A cornerstone of effective communication at work and at home, this course will help you to develop the skills you need to clearly express yourself in a confident manner. At the same time, you'll learn how to be more receptive and open to the ideas and concerns conveyed by others.