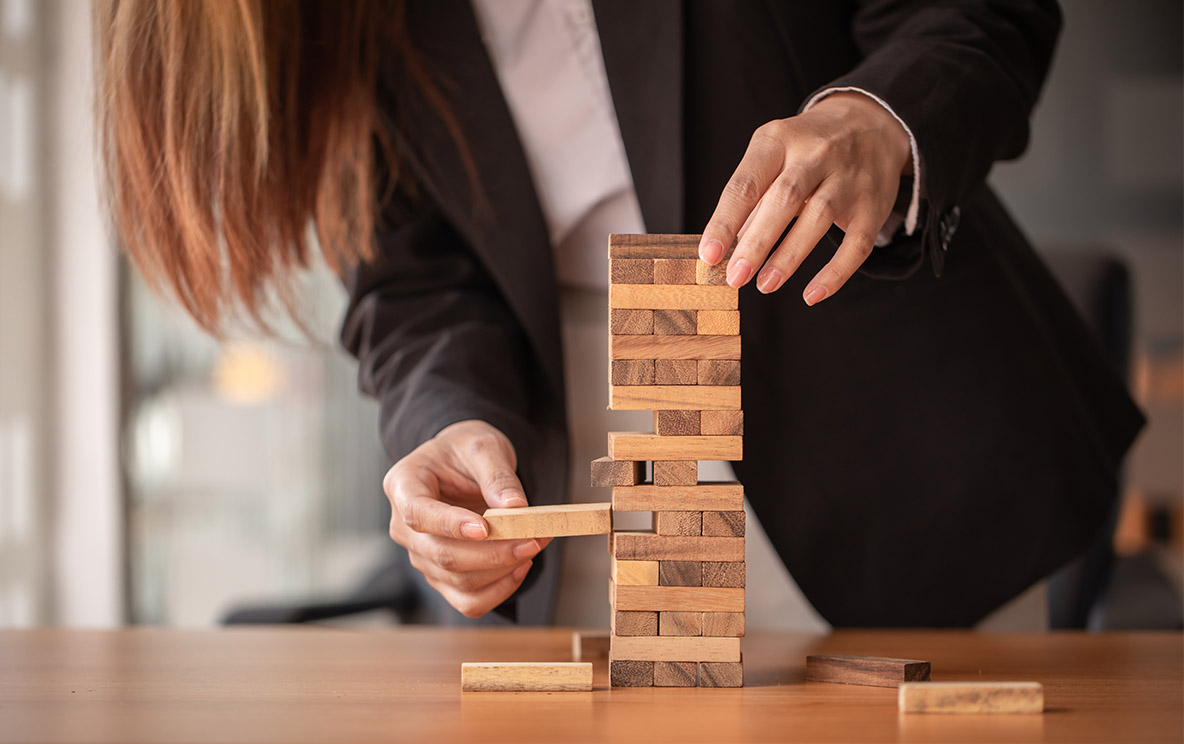 “Change or die.” It is a short statement with a big warning for business: if you fail to adapt to your customers’ ever-evolving needs, you will become irrelevant and cease to exist.

And there is a long list of famous examples illustrating the point – just take Kodak, Blockbuster, Yahoo, Blackberry, Sony Walkman, Xerox and Myspace, for example.

Once considered giants of their respective industries, they did not move with the times and ultimately failed.

On the other hand, companies such as LEGO have made change part of their DNA to remain relevant to customers and endured for decades.

According to Perdisco Consulting Management Consultant Brian Hammond, who has more than 18 years' experience applying effective change management to the mining, oil and gas, construction and government sectors, all organisations will require each of the three categories of organisational change at some point.

“Strategic change relates to the organisation reacting to different external factors in order to stay relevant to their customers,” Mr Hammond said.

“Operational change relates to departments or teams modifying their systems, structure or interdependencies in order to meet the strategic objectives of the organisation better, such as reducing operating costs.

“Lastly process improvements relate to individuals at the team level collaborating to discover more efficient processes that deliver a better service or product to the customer.”

Mr Hammond said the simplest model of organisational change was American professor and management consultant William E Deming’s PDSA cycle, which should not to be confused with the PDCA cycle.

“The difference between the two is quite significant, depending upon your approach to change,” he said.

“The P refers to ‘plan’ and strategically suggests that we use a planned approach to change by setting objectives, planning resources, creating a project scope and schedule and more.

“The D refers to ‘do what you have planned’ and is, of course, the execution phase of a project.

“The S refers to ‘study the outcomes’ – did we achieve what we set out to achieve, do we still need more change and have we learnt something we didn’t know before we started?

“It is very different to the C of the PDCA cycle, which refers to ‘check’ and suggests change managers simply check everything was executed according to the plan.

“Deming sought to create continuous learning through change, not just change, so the final letter, A, in his model refers to ‘acting upon what you have learnt’.”

1.  Create a sense of urgency
2.  Put together a guiding coalition
3.  Develop the vision and strategies
4.  Communicate the change vision
5.  Remove barriers to action
6.  Accomplish short-term wins
7.  Build on the change
8.  Make change stick

Mr Hammond said both were great models and there were others that could be easily adapted to the modern organisation.

In his experience, the biggest issue was understanding the ‘why’ of change.

“I have seen useful and necessary change fail because the ‘why’ wasn’t understood or wasn’t well communicated by managers,” he said.

“It won’t matter what model of change you use if the ‘why’ is irrelevant to your employees.”

Some managers implemented change because they thought it would look good on their resume or earn them a promotion. Others believed they were employed to shake things up.

“These change managers are usually found to be seeking new roles pretty quickly, as their staff abandon them or put up great resistance until something breaks,” Mr Hammond said.

The best changes he had participated in involved improving product quality or customer service, as well as the experience for staff.

“Employees want to participate in those change projects because they can understand why it is needed and being implemented,” he said.

“Change managers are not there to effect change for change’s sake; they are there to apply whatever strategy is useful for improving the customer outcomes.

“Better customer outcomes equal more, and returning, customers. It is that simple.”

Pointing to an example, Mr Hammond said prior to the COVID-19 outbreak, many Western Australian managers refused to genuinely consider flexible working arrangements such as working from home.

Common excuses included it was too hard or costly to organise, with some information technology departments saying it involved too much work, while other managers thought it would be too difficult to have meetings and monitor work output.

“However, with the virus spreading so quickly and effectively, the ‘why’ was obvious – we want to keep people safe,” Mr Hammond said.

“Surprisingly to some, it was fairly easy to implement.

“We adapted to online meetings, many people were more effective and, in many businesses, it saved them money on operating costs.

“But until the ‘why’ was understood by all, this type of organisational change was considered to be out of the question.

“This is why Dr Kotter’s first four steps relate to understanding the need for the change and creating the correct vision, with the right people on-board.”

How to lead employees through organisational change

Mr Hammond said the most important questions for a contemporary manager to ask themselves were:

1.  Can any of our employees accurately articulate why the change is needed?
2.  Are the options on the table generated by our employees?
3.  Has enough time been given to forums where employees can ask questions?
4.  Is the plan flexible enough to adapt if our environment changes?

Managers must first understand they did not need to have all the answers. Instead, they had to know how to tap into the right people to get the answers.

“I have had the privilege of working in a variety of industries, in which I cannot honestly say I had enough specific skills to manage people within that industry,” Mr Hammond said.

“However, I do have excellent question and investigation skills, and I discovered the changes necessary by asking the right people the right questions.

“I could have told the employees what changes were needed from my limited experience, but I am convinced that would have led to resistance to change.

“Instead, I seek input from team members about what is needed and the change becomes theirs.

“Surprisingly many of them had the same ideas as I did but, because they came up with the changes themselves, there is very little resistance.

“The required leadership skill for change managers is to stop telling and to start asking, then to listen.”

How to overcome resistance to change

When change management is discussed, a common phrase is “many people fear change”.

However, Mr Hammond’s experience has been very different.

“Most people are okay with change but most people don’t like unplanned change,” he said.

“When I talk with change managers about their plan, they all say they have one.

“There is often a huge chasm between the manager’s belief in whether they have a plan, and have communicated it, compared to the employees who believe there is no plan or that they have not heard of it previously.”

This was where the concept of co-creation becomes critical.

“Co-creation is where the manager of change brings together a team of people whom the change will impact or involve, and then poses the problem that currently exists as precisely as is possible,” Mr Hammond said.

“Together, the team discusses the problem, brainstorms solutions and prioritises the actions.

“Co-creation transfers the responsibility of change management to the employees while the manager retains most of the accountability.

“What this often looks like is the employees themselves communicating the message of change to their peers, rather than the message being the traditional top-down communication.

“If you are dealing with resistance to change, your change management plan was probably not very effective in the first place.”

Mr Hammond recalled being involved in the rollout of a document management system to two State Government departments.

The second department used the co-creation method of change, which took three-and-a-half years, multiple focus groups and pilot programs integrating what the employees suggested. Training was modified based on the employees and the transformation was very successful.

“There was one employee who transferred from the first department to the second and had to undergo the same change, and her attitude towards the change the second time was far from positive,” Mr Hammond said.

“She hated the original change project and declared she had no interest in using the system unless she had no option.

“After going through the second project with the new department, her demeanour was completely different.

“It was the same system, only the method of change management was completely different.

“Her view of the system was that it was really useful, would help her work more efficiently and she looked forward to using it.”

Keeping up with the pace of change

Mr Hammond said he believed the pace of change was constantly fluctuating, based mostly on external factors confronting businesses.

“For example, COVID-19 caused rapid organisation change at the start, followed by a more moderate pace to change but, as its lessened, the pace picked up again as organisations attempted to fill required work roles with very few potential employees to select from,” he said.

“The change, and therefore the pace of change, adapted from how we survive to how we manage, and then to how we can keep up.

“It is evident that many organisations learnt that we can change, and quickly, when there is a clear need.

“However, managers need to be able to quickly adapt to the ever-changing environment just as quickly.”

Brian is a Management Consultant at Perdisco Consulting. He is a qualified and experienced Project Manager and also accredited in Six Sigma Green Belt training. Brian is a facilitator on AIM WA's change management courses. He first gained his passion for training while serving as a police officer at the Professional Education and Learning Faculty, where his primary role involved developing better leaders and managers. With more than 18 years of experience, he has applied effective change management and purposeful strategic management to the mining, oil and gas, construction, and state and local government sectors. You can connect with Brian on LinkedIn

This course provides managers with the skills and knowledge to implement change, at individual, group and organisational levels.

Organisational Change Working out the future