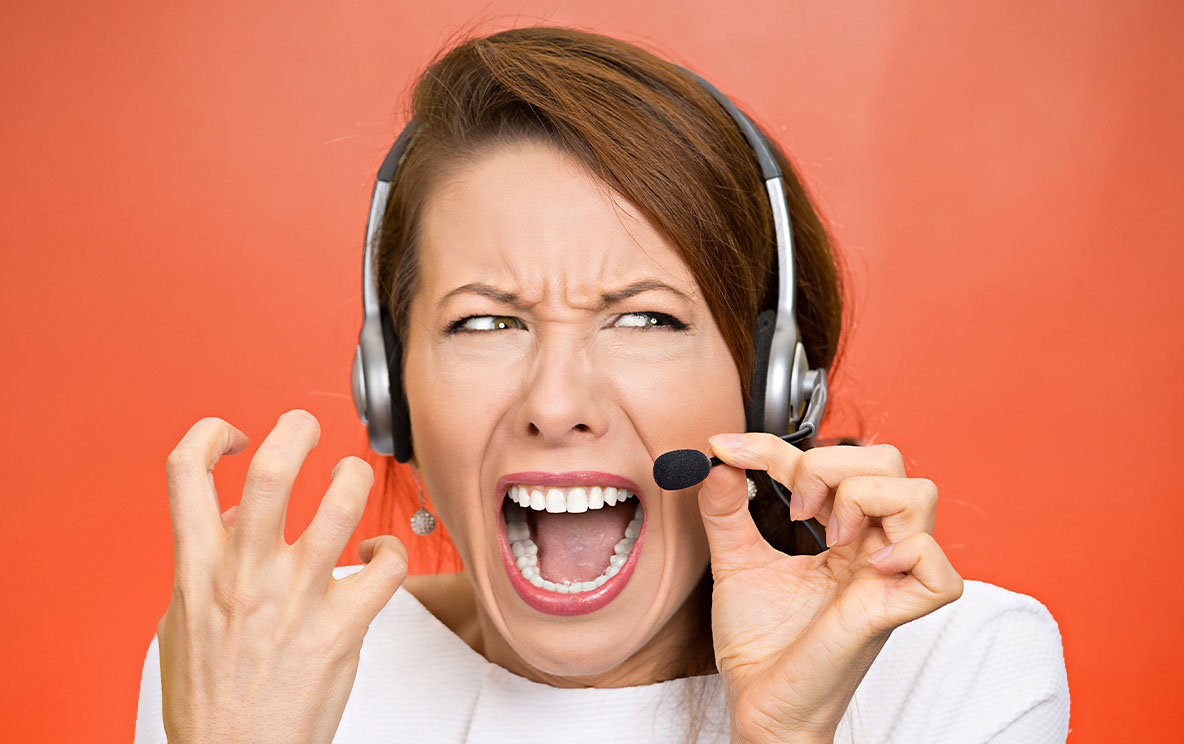 Next time, it could be you

An airline attendant tells you that your flight has been cancelled. A retail assistant explains that your urgent order has been delayed indefinitely. A call centre operator informs you that your insurance company refuses to pay your claim.

Even though we know that frontline employees are mostly the bearers of bad news rather than the creators of it, we have a dreadful track record for “shooting the messenger”.

Turning on those who deliver bad news to us is not new, but it’s certainly something that’s become a whole lot more common.

During the pandemic, the practice of shooting the messenger seemed to take off as much as baking bread and binge watching the hit series 'The Squid Game'.

When we’ve received a message we didn’t want to hear, we’ve been ultra-quick to take it out on its courier.

We’ve managed to shoot down everyone from health officials who have communicated unpopular decisions made by politicians, to journalists who have failed to adequately sugar coat grim news about the pandemic’s casualty rates, to restaurant staff enforcing vaccination mandates.

Most recently we have directed our blame toward those working on the frontline in the re-bounding but besieged travel and leisure industries.

Whether its cancelled or delayed flight departures, congested airport parking conditions, snake-like queues at airport security, or three-star service in five- star hotels, we’ve made those working on the frontline acutely aware of our displeasure.

We’ve raised our voices, hurled insults, threatened to lodge formal written complaints about their behaviour, and even told that we will sue them.

We know it’s wrong to shoot the message carrier, but that’s not stopped the frothing hordes at airports and hospitality hot spots around the country from playing the blame game.

There’s any number of possible explanations as to why we tend to defy logic and blame message bearers instead of those ultimately responsible.

In a recent study published in the Harvard Business Review, researchers discovered that we have a natural in-built tendency - a defence mechanism if you like – to shoot the messenger even though we know that they are not personally responsible for our plight.

The study concluded that we attempt to make sense of unfair or untimely bad news, by making ill-considered and adverse judgements about our messengers – in other words, holding them accountable or to blame.

We convince ourselves that the bearer of bad news is incompetent, has malicious intentions or ulterior motives, or has the power to fix a difficult situation fast but simply does not want to help.

The same research also concluded that people dislike a messenger even more if the news is unexpected, or if it is particularly unjust, unusual or upsetting. And in some instances, the messenger can end up being viewed as worse than the bad news itself.

There are a few alternative explanations of our odd behaviour too. One is that by “killing off” the messenger, we mistakenly believe we will be able to kill off the bad news itself.

Another is that blaming front facing employees instead of those higher up might be something to do with the message carrier’s proximity.

We lash out at the closest possible target whether that be an airline assistant at a check-in counter, a parking officer, or a hotel receptionist.

Finally, it conceivable that that when we witness others shooting a messenger, the blaming bug spreads, and we follow suit fast.

Regardless of which explanation you choose to believe, the fact remains that we regrettably are naturally wired to denigrate those who tell us the things that we don’t want to hear.

The reality is that having someone to blame makes us feel better. It’s particularly the case in instances where we feel we have a complete lack of control over a situation like when a flight is unexpectedly cancelled, or we can’t make an airport check-in queue move fast enough.

While it might be difficult to reverse our well ingrained practice of shooting the messenger there is one simple piece of advice that might help suppress our urge to lay the blame squarely at the feet of a frontline employee.

We can attempt to live by the golden rule that tells us that we should treat others the way we want to be treated.

That can be as simple as asking ourselves a single question: given a reversal of roles, would you want someone else to unfairly place the blame on you?

How do you measure commitment and productivity in your team?