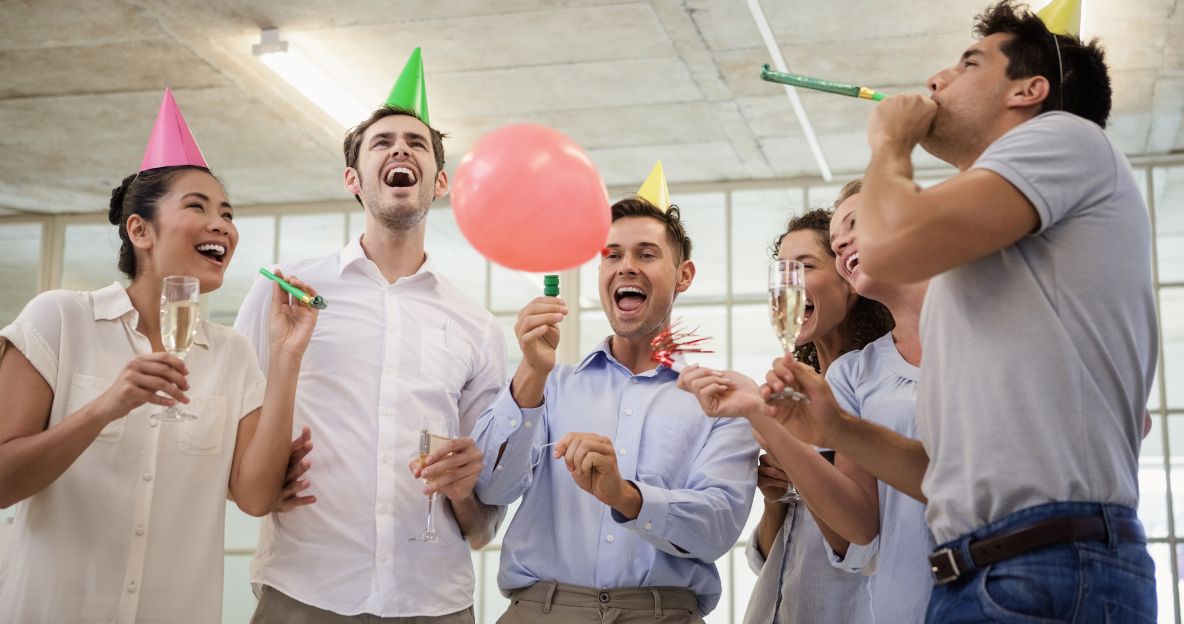 Etiquette for the festive season

Tis’ the season of the end-of-year office party, where promising careers turn to tears when they collide with an abundance of alcohol, dodgy dance moves, loose lips and mischief under the mistletoe.

It is a time when those who remain oblivious to the oft-unspoken dos and don’ts of the annual office social gathering risk anything from a badly tarnished reputation to being passed over for promotion to losing their job altogether.

We have all heard the tragic tales of the tinsel getting into a real tangle at the end-of-year office bash.

Joy turns to jeopardy when workers hurl insults at their bosses, they get to know their colleagues a whole lot better than they should and staff members engage in heated arguments that end up in fisticuffs.

The end-of-year office party brings out the very best of the very worst behaviours of at least some of our colleagues, who get caught up in the revelry and forget what is at stake.

With some office parties laden with a full range of career explosives, it might seem impossible to get through one with your reputation intact.

Your gut reaction might be to stay away. But skipping the party altogether, without a good reason, could see you labelled as Scrooge or Grinch or some other miserly creature.

This raises the question: how do you keep your professional reputation intact while having fun with your colleagues?

Do not despair, help is at hand.

Simply follow what experts believe is the appropriate etiquette for these festive occasions and you will be rewarded rather than put at risk.

Understanding how to behave starts with the recognition that when the words “party” and “office” appear in the same email invitation from the boss, the emphasis is always on “office”.

While a party is normally meant to be fun, an office social get-together is not a normal party. These events are actually occasions to show your colleagues your best self when you are away from the office – not the grubby bits.

From the time of your glittering arrival to your dazzling departure, all eyes will be on you including those of your boss and colleagues.

It means the way you behave yourself should not differ from how you conduct yourself in the workplace – and that includes when you find yourself under the mistletoe. By all means, feel free to let your hair down but not to such an extent that those around you see more than they care to see.

Dress to impress rather than to stress others, mix and mingle with people beyond your immediate circle of work mates, keep conversations light and positive and avoid trapping colleagues in long conversations.

Suppress the urge to share lewd jokes, spread gossip or start rumours and keep your and your colleagues’ party antics private by taking a break from social media.

And while many will say the big year-end bash is a most wonderful time for a beer, avoid the temptation to let alcohol fuel your festive feelings. Nurse your choice of jingle juice rather than gulping it down – even better, avoid alcohol altogether.

Dancing at the office party is always a bold move. If you cannot hold back, avoid any dubious dance manoeuvres and fight off the temptation to dance by yourself, particularly late in the evening.

On the subject of purchasing presents for colleagues, avoid gifting anything unconventional that might cast a co-worker in a negative or embarrassing light or something which has sexual overtones.

If your party is on a work night, it is important to be in shape to show up on time the next day. Being mysteriously unwell the morning after the night of the annual office bash is never a good look and will invariably get your colleagues’ tongues wagging.

Most importantly, while it is okay to be first at the office party, it is rarely a good idea to be last to leave.

So if you sense that your behaviour is bordering on debauchery or you are showing a colleague videos of your pet poodles on your smartphone, it is time to get the elf out of there and catch a ride home.

Human Resources It's open season as poaching makes a comeback

Human Resources How to prepare for the WHS Act 2020

Readiness for the new legislation in your organisation