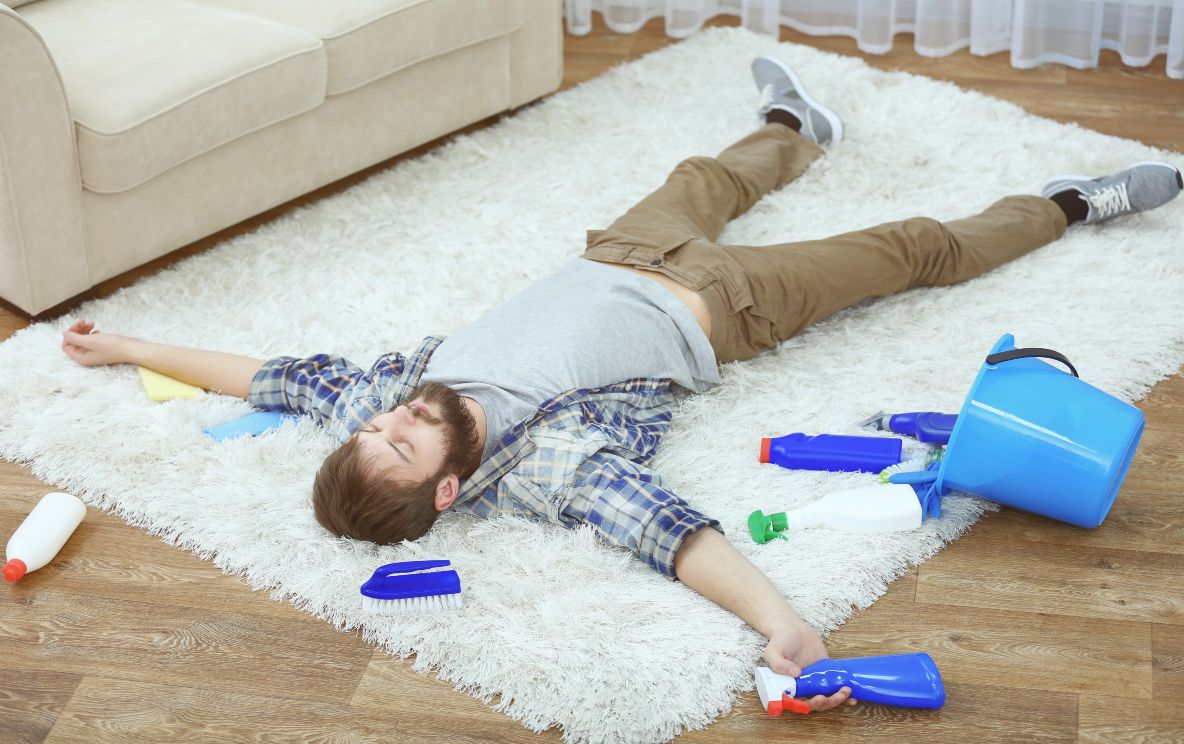 We have taken large strides towards our goal of gender equality in the workplace. Women are better represented in traditionally male-dominated occupations than ever before and company boards and senior leadership teams are no longer the exclusive domain of men.

Despite the progress, many households harbour a dirty little secret: women still do far more than their fair share of housework.

As the workday grinds to an end and we head home, we are greeted by plates crusted with food stacked up in a sink, damp bath towels resembling soggy teabags strewn all over the bathroom floor and grubby toilet bowls screaming out for a good wash – combined, enough for a second work shift.

In different-sex relationships where both partners work full-time, that second shift is likely to fall to women to fulfill.

There are a number of reasons – or excuses – to explain why women and not men are mopping, folding, stacking and washing.

The question is whether any of those reasons really pass the white glove test.

The go-to explanation of many men and some women is that guys are wired differently when it comes to household mess which impacts their ability to make it, spot it and clean it up.

Men are thought to be much better at making a mess, are considered by some to be “dirt blind” and are less competent at cleaning up.

With those red herrings splashing about, surely it is reasonable to expect that women end up taking on more than their fair share of domestic chores.

Those arguments do not pass the white glove test.

As a starting point, there is no research evidence to indicate that sex is a reliable indicator of a capacity to be messy.

On the matter of “dirt blindedness”, recent research has busted the belief men fail to spot messiness.

In a study of 600 participants, men and women were asked to rate pictures of rooms as either tidy or messy. Researchers concluded there was no difference in the way men and women rated the rooms.

In relation to the claim women are better at cleaning than men, that declaration is nothing short of a convenient excuse for avoiding domestic chores.

It remains a mystery why many men are able to undertake complex jobs during the day but, once they get home, they somehow lose the capability to put a toaster away, load a dishwasher or hang out the washing.

If there is no biological explanation for why women still end up doing more than their fair share of the housework, what is the real reason for men getting a leave pass when it comes to domestic chores?

The fact is that while we might have narrowed the gender gap in many workplaces, we still have some dirty big holes at home.

Many men and some women view domestic chores as a woman’s work.

It would be easy to explain the lag as a straightforward case of men acting unfairly, inconsiderately or unthoughtfully – though it is not that simple.

Explaining the housework gender gap might be best traced to our childhood.

When it comes to childhood chores, girls are encouraged to help around the house while boys are often encouraged to go out and play.

Girls are encouraged to keep their bedrooms neat and tidy while boys‘ untidy rooms are brushed off as a case of “boys being boys”.

These childhood experiences provide messages for both sexes, highlighting it is a girl’s role to keep things clean and tidy.

Children carry these experiences with them as they age.

As they move into adulthood and relationships, both sexes attribute greater responsibility for housework to women than men.

Women — but not men — are judged adversely for having a messy house or failing to attend to specific domestic tasks in a timely manner. It is one possible reason why many women frantically clean their home prior to visitors arriving – or panic when visitors arrive unannounced.

Women end up cleaning not because they love doing it but because they do not want to be judged according to society’s old-fashioned expectations of them.

When they try to get their men more involved in household chores, they are often greeted with resistance and accused of unnecessary nagging.

Inequality arises when the time that women spend on domestic chores cuts into time available for sleep, leisure, paid employment and community work.

The key to getting men off the couch and vacuuming under it is to change old-school societal expectations that many still have of women.

For those raising their children the old-fashioned way it is never too late to change direction and make mopping the floor or taking out the rubbish something that both sexes do.

Lasting change will only arrive on a neatly swept front doorstep when both sexes drop the expectation that housework is the exclusive domain of women.

Wellbeing Why your boss is key to beating burnout

If  you're feeling a little singed around the edges, your manager may have the cure

Wellbeing How to stay hydrated at work

Health is wealth in the workplace