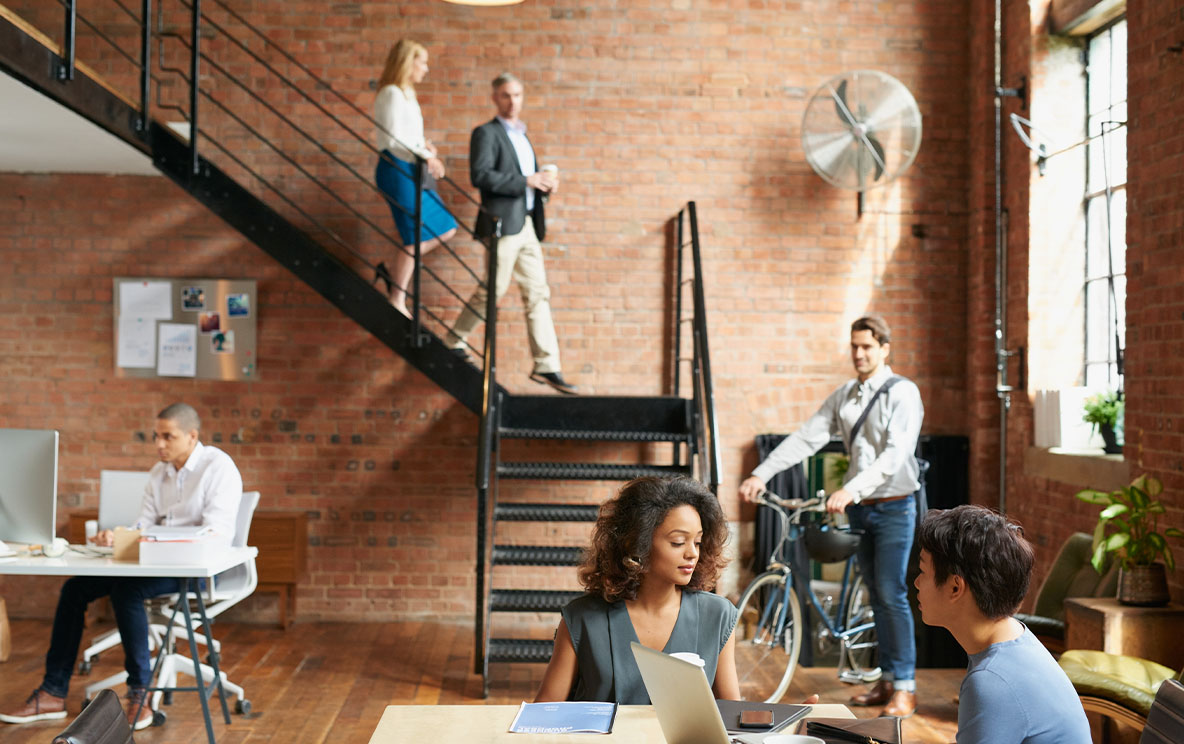 Gone are the days of an office space with a noisy open-plan, dreary lighting and lack of ventilation – a new way of working has emerged, allowing companies to work where and how they want.

With a mix of remote and at-the-office arrangements, some employees have found they perform best at home, while others prefer the busyness of a cafe or the buzz of a co-working space.

Hiddlestone Hub Spokesperson Narelle Goodfield AFAIM has seen employee and employer co-creation thrive first-hand, with many small businesses continuing to seek out workspaces away from home, leading to improved productivity and less distraction.

“We have seen an increase in small business ‘tenants’ utilising the workspace,” she said.

“These businesses are happy to work in a shared space, as long as they have permanency and ownership of their space, office or room.”

Whether it be a lockable office or a desk within the open-plan area, Ms Goodfield said having a workspace away from a major head office allowed small teams to work closer to home without the distractions of actually being there. “Workers are wanting to have their own space so that they can come and go. It’s either now their permanent place of work or it’s also a place to work away from the head office,” she said.

“In terms of employees working to their best ability, we have experienced that the usual 9am-5pm has been replaced with flexible hours and many staff are working either really early and then having an early finish, or starting in the early afternoon and working through until the evening.”

How the pandemic changed the way we work

Like many businesses, when the COVID-19 pandemic hit, Hiddlestone Hub had to change its business model essentially overnight.

What was once an entirely leasable building quickly changed into a collaborative workspace with multiple offices, meeting rooms and a business event space.

“It’s allowed a lot of different organisations to work collaboratively – they can share their ideas with like-minded businesses while still having their own clients and key performance indicators,” Ms Goodfield said.

While some employees jumped for joy at the proposal of a permanent working from home agreement, Ms Goodfield found that many businesses were still drawn to the idea of working from the office – something not entirely possible for larger companies.

“I thought there would be more of an appetite for people to work from home, but our experience has been that our tenants have wanted to be at work in order to work from an office space,” she said.

“They found that they are far more productive in the workplace as opposed to being distracted from home.

“These people are working by themselves in the Hiddlestone Hub, but they’re drawn to interaction with others, they want to have a coffee and chew the fat – ultimately working collaboratively in their business – that’s been the drawcard for these people to go back to the workplace.”

As long as productivity remains high, Ms Goodfield said it was unlikely for the traditional nine-to-five work day to resume.

“Now that individuals have had the freedom and the flexibility to create workspaces and work schedules to suit them, as long as they’re still killing it productivity wise, I believe that will be the way forward,” she said.

This way of working is something workplace culture expert Toni Powell commends – the more control employees have over their working hours and their place of work, the happier and more productive they’ll be.

“If you have control and a say, it makes you feel more respected and valued.”

“It automatically builds trust. Some people work really well in the morning and terribly in the afternoon, so a structured day from 9am-5pm wouldn’t suit a majority of the population. It gives us the option to work at the times that suit us.”

Nobody likes to be micromanaged in the workplace and, according to Ms Powell, co-creation and alternative work schedules can allow for everyone in the hierarchy to feel empowered in their decisions and take more responsibility for what they do.

“Micromanaging conveys that you don’t trust your employees,” she said.

“If you’re working with someone under you who you’re constantly checking on, they may feel villainised or their self-respect might suffer.

“You can make the person feel you think they're lazy – you might not say it directly but your constant actions of checking up on them actually communicates that you think they’re not up to the job.

“For some managers, they’ve simply learned a very authoritarian way of approaching people and they have no idea what it’s doing to the people around them, making them feel small and inadequate.”

Ms Powell said micromanaging could have a transferrable effect beyond the workplace.

“Employees get home from work feeling inadequate and then they take it out on people at home because they can’t vent their frustration to a manager,” she said.

“It has to go somewhere. The ramifications for people feeling undervalued, unseen and micromanaged are way bigger, they don’t only affect the workplace but also that person’s life outside of the workplace.

“When people learn to feel appreciated, they have the capacity to feel more tolerant, kind and compassionate – all of that translates to productivity.”

As the Founder of Hiddlestone Hub, Narelle works collaboratively with small businesses to foster growth, financial stability and new networks. She is also a Senior Practitioner and Consultant for Image Intelligence, where she strives to build personal brands for leaders and professionals. Narelle is an Associate Fellow of AIM WA and delivers coaching, facilitation and training for AIM WA as a Leadership Consultant. You can connect with Narelle on LinkedIn

As one of the most recognised positive culture and wellbeing communicators in Australia, Toni Powell is an award-winning filmmaker, TEDx speaker and author. Specialising in keynote speaking for events and facilitating workplace wellbeing programs for leaders and principals, Toni offers business leaders and their teams a fun, simple and instant way to reduce stress and anxiety in the workplace. You can connect with Toni on LinkedIn

Workplace Culture Should we discuss politics at work?