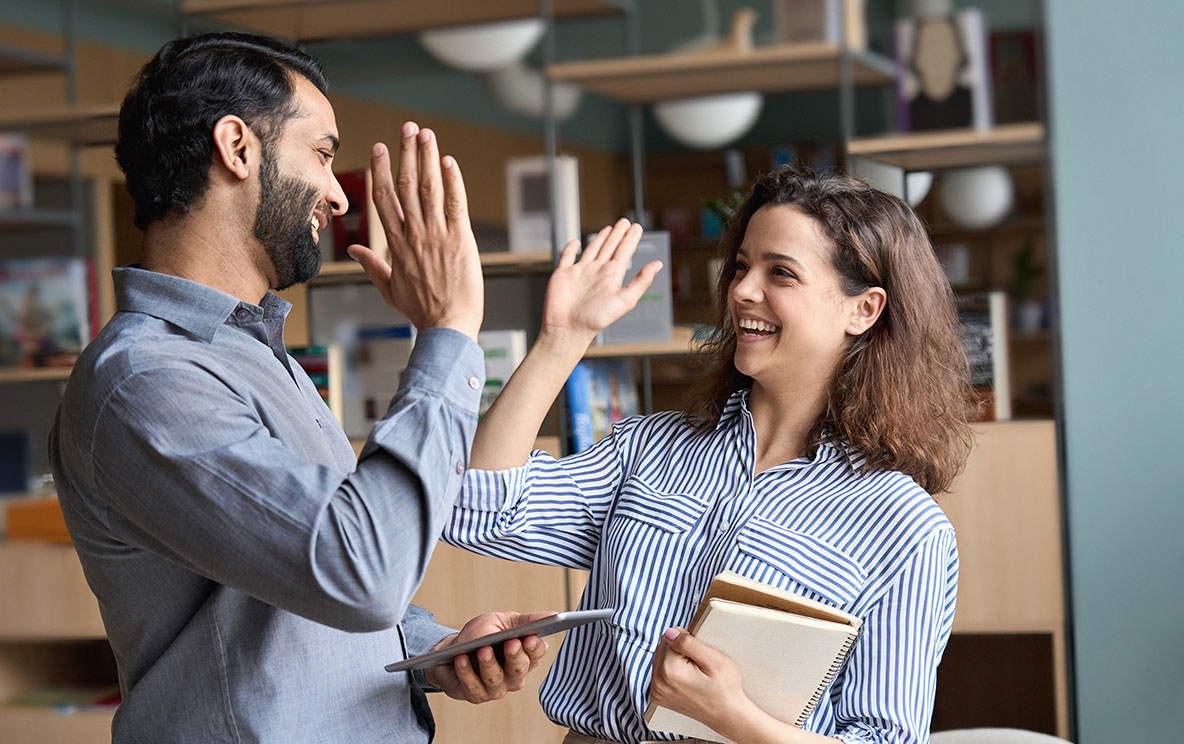 How to resolve workplace conflict

A melting pot of personalities is often what keeps a workplace fresh and fun, however there are bound to be some clashes too.

According to Lifeskills Australia Director, Counsellor and Facilitator Lee Pagana, when two people have a difference of opinion it can lead to workplace conflict.

“A workplace conflict is when there is a disagreement between two people – they are not on the same page and see things from a different perspective – and want to get their own opinion across,” she said, adding that when out of hand, workplace conflict can cause anxiety and stress.

“It can divide departments, it can set up groups and create disharmony and uneasiness in the workplace.”

However, with conflict resolution strategies like mediation, workplace disagreements can be solved easily.

Importance of mediation in conflict resolution

Ms Pagana said mediation was a way for everyone to be heard when talking through the conflict.

“It helps because people get to see other points of view,” she said.

“Mediation helps people understand how you see a situation, or how you view it may not be the right way and you have the opportunity to listen to other people and see it from their eyes.

“Mediation helps people understand each other and their personalities.”

The conflict resolution tool is incredibly successful, according to Ms Pagana, as you can find the balance to meet everyone’s needs.

“Mediation, I would say, is the only way where you can talk to people. You need to talk to all parties involved and sit down and come to a compromise – a middle ground – so everybody’s needs are met,” she said.

Getting to the root of the conflict

The University of Western Australia Mediation Clinic Co-Director Darren Moroney said mediation offered people in the workplace a great chance to solve not just the dispute but the conflict that sat behind it.

“One of the great benefits of mediation is that it provides an opportunity to resolve the dispute through a process that allows us to understand the conflict, rather than just solving the dispute itself,” he said.

“Often, disputes can be resolved quite simply but it leaves this lingering conflict, or the bigger issue hasn’t been touched, acknowledged or resolved.

“Mediation gives people an opportunity to understand what led to the dispute in the first place and it makes it less likely for new disputes to arise in the future.”

Dr Moroney, who facilitates the AIM-UWA Business School Executive Education 'Advanced Dispute Resolution' course, said the focus of the course was on understanding the psychological state of people’s minds when they were in the throes of conflict, which would shed light on what we could do in terms of effective strategies.

“If we notice that the behaviours we are seeing are perhaps conflict behaviours, it gives us a framework to make sense of what might be going on psychologically for that person, or for ourselves, in conflict,” he said.

“Once we know that, we can see what is driving the behaviour or sitting behind it.

“Then there are specific interventions we can put in place to be most helpful for people who do find themselves in conflict.”

While the Advanced Dispute Resolution course is aimed at people who deal with conflicts in the workplace, Dr Moroney said anyone would benefit from attending, as conflict was something everyone worked through.

“Conflict is something that is completely natural and is something all of us encounter every single day,” he said.

“Whether it be small conflicts with people on the freeway on the way to work, all the way through to a bigger conflict that might be more emotionally heightening or evolving.

“We would say it is particularly relevant to anyone in their role who is tasked with having difficult conversations with a colleague, or people who facilitate conflict discussions between others.”

Tips on how to resolve conflict swiftly

A key recommendation Ms Pagana had for companies when dealing with workplace conflict was to deal with it quickly and not allow it to fester.

“Deal with it straight away – do not let it go for weeks or months,” she said. “The old saying ‘nip it in the bud quickly’ is absolutely correct.

“You’ve got to jump on it straight away, so it doesn’t get out of control.”

Dr Moroney agreed, saying that the benefits of mediation in the workplace will filter into the overall health of the workplace.

“Mediation is helpful in a number of ways in terms of the health and wellbeing of an office,” he said.

“If there is a mediation process in place, it gives people a sense that when there are difficulties or issues that have risen there is somewhere they can take those conflicts.

“Another thing we would suggest is helpful about mediation is that at the very least people tend to walk away from the process with a little more understanding about themselves – what conflict is like for them and what their conflict behaviours are.”

Lee is a Registered Counsellor with many affiliations and is renowned for her openness and down-to-earth approach. She developed and co-facilitates the Lifeskills Australia four-day intensive seminar, which is now in its 30th year. You can connect with Lee on LinkedIn

Darren is a Registered Psychologist, Academic and Nationally Accredited Mediator. Currently based in the Mediation Clinic at The University of Western Australia’s Law School, Darren conducts conflict resolution processes across a range of matters and contexts, including workplace and human resources, as well as family and court-referred restraining order matters. He conducts mediations across Western Australia and Victoria. You can connect with Darren on LinkedIn

When work spills into your dreams

Why your boss is key to beating burnout

Mental health and the WHS Act 2020

Conflict is natural and is a part of all of our lives. This course will benefit anyone who works in dispute resolution, works in or with conflict, or has an interest in gaining a better understanding of their own conflict behaviours and those of others.

Why your 'busy-brag' may not always be productive

Watch out for the family friendly workplace façade

Should you keep it in the family when hiring?