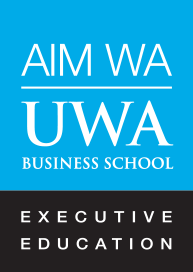 At face-value, many of the disputes we encounter appear to have quite simple solutions, so why can they be so difficult to resolve?

Disputes can be small or large, simple or complex. What we know is that any type of dispute can be difficult to resolve, and even if resolved, we may be left feeling dissatisfied, wanting to appeal the decision, or find that a new dispute is arising in its place. Disputes resolved via an understanding of the inter-personal conflict that sits below the surface appear less susceptible to these issues.

This course harnesses the learnings from current neuro-psychological research, permitting a peek into the minds of people in dispute. Whether it is a dispute we find ourselves in, or a dispute we have been tasked with resolving, access to a framework that allows us to attempt to decode the conflict behaviours generating and perpetuating the dispute is a critical first step. Participants will be presented with accessible explanations of the mental processes that motivate common conflict behaviours, which tend to obstruct constructive negotiations, such as demands for action or evidence, stone-walling or black-and-white thinking, an unwillingness to perspective-take, and discussions that seem to be disingenuous or to be going in circles.

Once pertinent conflict behaviours have been considered, the research indicates a range of theoretically-derived interventions that seek to reduce emotional arousal and improve understanding. In turn, this can assist in reducing rigidity and increasing the possibility that constructive negotiations can take place. Participants will be presented with a range of accessible tools that can be employed as appropriate.

Conflict is natural and is a part of all of our lives. This course will benefit anyone who works in dispute resolution, works in or with conflict, or has an interest in gaining a better understanding of their own conflict behaviours and those of others.

Darren is a registered psychologist, academic, and nationally accredited mediator.

Currently based in the Mediation Clinic in the University of Western Australia’s Law School, Darren conducts conflict resolution processes across a range of matters and contexts, including workplace and HR, family, and Court-referred Restraining Order matters. He conducts mediations across WA and VIC.

As a psychologist, Darren utilises a mentalizing-based approach to assist clients with a range of relational and mental health challenges. As an academic, Darren has taught in and conducted research for, the UWA Law School and Curtin University’s Psychology program.

This particular date for this course cannot be booked online.

* Minimum numbers are required for course to proceed

The Art of Raising Capital - Strategic Optionality and Scaling

This holistic strategy and business exercise reviews, reinvents and redeploys each facet of the business in order to make it as presentable and compelling as possible – and raise its prospects of successfully securing capital.

The Co-Operatives and Mutuals Strategic Development Program(CMSDP) has been designed by Winthrop Professor Tim Mazzarol a recognised expert in his field, following extensive research into the needs of co-operative and mutual organisations.

As busy leaders and managers we rarely get the chance to look at our leadership from a different perspective, at what we do each day and why we do it.

Designing Strategy into Action: A Masterclass in Design Thinking...from Insights to Innovation.

The Strategic Development Program for Not-for-Profit Organisations (SDP-4-NFP) has been designed by Winthrop Professor Tim Mazzarol and Gudrun Gilles, recognised experts in the design, development and delivery of executive education programs.

The central purpose of leadership is to enable other people to achieve their mission. Being inspiring and effective starts with a deep understanding of who you are as a leader and how you relate to and influence others.

This course is based on world’s best practice in developing high performance teams and working environments. The principles that underpin this course have been delivered to leaders and organisations in over thirty countries. Participants can expect to deepen their creative, analytical, practical, and emotional abilities.

Strategy: From Principles to Practice

This experiential strategy course is targeted at leaders from the public, private and not-for-profit sectors who want to enhance their strategic thinking skills and business problem solving abilities.

Understand the benefits and hindrances presented by Unconscious Bias and learn how to manage it effectively.

The Commercialisation Round Tables are a facilitated, peer-to-peer round table support program for start-up innovators, and project teams from larger organisations engaged in commercialisation. They provide regular monthly support via collaborative problem solving, mentoring and networking.

Scenario Planning and Strategic Conversation is a highly experiential five-day workshop focusing on the skills of effective scenario planning.