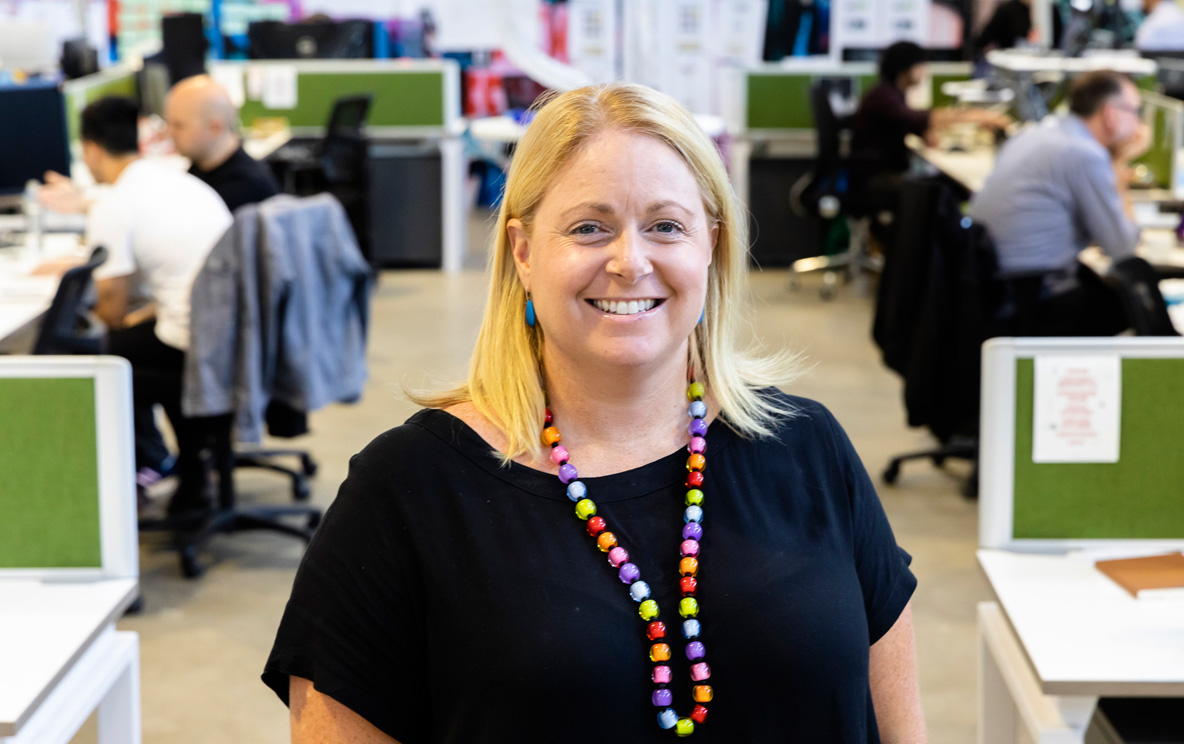 With the drumbeat of alternative work schedules growing louder around the globe in the wake of COVID-19, companies big and small are looking to new and improved ways to more effectively manage time at work while optimising workplace productivity.

For digital transformation agency VERSA, the journey to a four-day work week in 2017 that still covered the traditional 37.5 hours was one marked by careful consideration.

The office shuts on Wednesdays, leaving employees with a mid-week break.

VERSA CEO Kath Blackham said the idea stemmed from her belief that poor mental health in the workplace was somewhat of an epidemic due to the stressors associated with work life and long hours.

“I wanted to come up with a solution that worked for VERSA but also to show other companies that you can do well and right by your employees by releasing the pressure valve,” she said.

Upon starting VERSA, Ms Blackham said she desired a flexible work schedule for her employees to work where they wanted and how they wanted.

“What I found very quickly by granting such flexibility was that no-one knew when anyone was in office, making it hard to collaborate on compatible days,” she said. “I realised I needed to come up with a suitable solution for us all to collaborate and work together, which led to the four-day week.”

What started as a slow process only involving a small group of employees, now extends to the entire office.

“People think we switched up our work schedule quickly, but it required a lot of analysis and fine tuning,” Ms Blackham said. “We did a month-long trial with one employee, then we slowly added more employees to the mix over three months. Eventually we commenced a year-long trial, resulting in increased levels of productivity and profit.”

Since introducing a four-day week, Ms Blackham said revenue at VERSA had increased by 46 percent.

“The reason for the increase in productivity and profit is down to the fact that we are still working a 37.5-hour work week, just over Monday, Tuesday, Thursday and Friday,” she said.

“On their flexi-Wednesday, staff like to focus on sports, hobbies and spending time with their family.”

VERSA’s flexi-Wednesday helps employees be more energised. Sunday nights are not nearly as hectic anymore as you’ve only got to get through a couple of days without having to prep for an entire week. My employees find this particularly handy if they’ve got kids.

VERSA’s way of working reached international heights in 2020 when Ms Blackham spoke to MPs and leaders of the UK Labour Party about her experience, as the party took a policy of a 10-year transition to a four-day week to the 2020 election.

“During the second year of implementing flexi-Wednesdays we received a lot of media coverage in the UK, a traditionally more progressive nation in regards to improving employee wellbeing,” Ms Blackham said.

“I spoke with high-level leaders and also UK supermarket Morrisons, as they were considering the plan for their office staff. It still amazes me that such a small company like mine has attracted the attention of larger organisations.”

Not content with simply flipping the traditional work week on its head, Ms Blackham said a lot of thought had gone into the layout of VERSA’s head office to provide a productive space for collaboration and creativity. 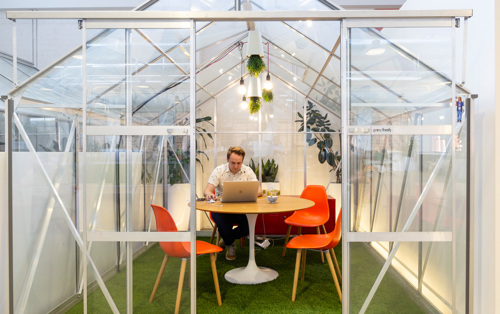 “VERSA’s glass huts offer a quiet space for us to hold internal and external meetings, providing a cone of silence for times of need,” she said.

“We also have our VERSA voice lab, which is a space that supports innovation and creative thinking. It is here that we regularly hold workshops, training and demonstration and testing of our conversational and voice technologies.

“The room is filled with the very latest smart speakers and artificial intelligence (AI) virtual assistants, allowing staff, clients and partners to experience the technology we build across a range of devices.”

The company’s website is the perfect showcase of its commitment to AI, using the technology to help users navigate the site in lieu of a traditional navigation menu.

While, VERSA’s progressive ethos has yielded great results for the company, Ms Blackham conceded there had been criticisms from other companies, something she attributed to a fear of change.

“To those who oppose the way we work, I always highlight the importance of giving back time to your employees,” she said. “It could be half an hour extra per day or even a whole day.

“We haven’t improved the five-day work week as a society for 100 years. We have fundamentally changed everything else in society due to technology and automation, but the one thing we haven’t changed is still trudging into work five days a week.”

Ms Blackham believes that if companies give their employees a day per week to volunteer, catch up on life admin or to spend time with family, they’ll be happier and healthier in general.

“It’s the point of why I’m doing this, to show other companies that it is possible,” she said.

Kath is a global leader in conversational AI and founder of digital transformation agency, VERSA. You can connect with Kath on LinkedIn

This AIM WA-UWA Business School program looks at world's best practice and is presented by Professor Glenn Capelli.
It takes a transformational approach to the meaning of leadership, where the main focus is creating the best thinking and learning environments to great 'Group Genius'.

The dark side to our positive vibes

Toxic positivity challenged. Why it's okay - not to be okay

Watch out for the family friendly workplace façade