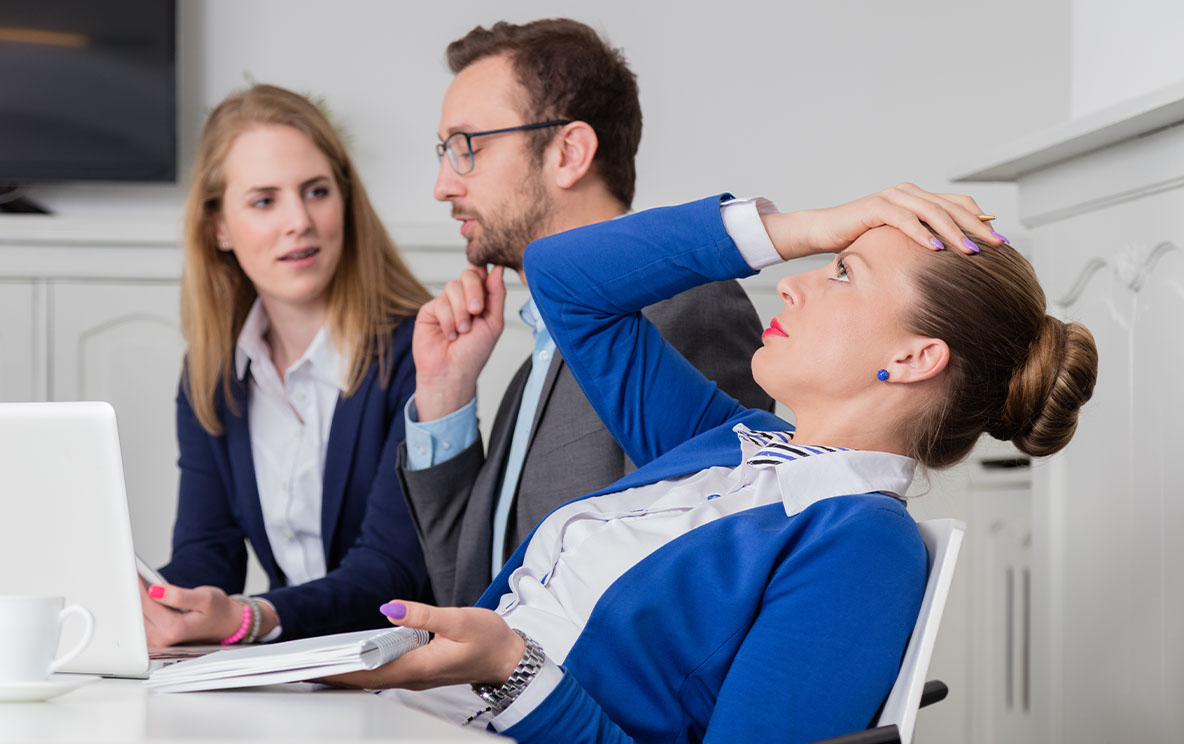 As many of us return to the office for at least some of the time, what re-unites us is a loathing of meeting mania.

Every office worker is familiar with how meeting mania plays out.

You stagger into the boardroom with your colleagues. A few key people speak and make decisions while others are lost in space thinking about what they want for lunch.

Those attending face-to-face are envious of the colleague joining virtually, knowing their remotely located co-worker is secretly getting on with emails as the boss drones on.

A certain number of office meetings are needed to keep people informed and facilitate decision-making – and some bosses do lead meetings exceptionally well.

Some meetings can be purposeful, motivating and even morale-boosting.

Yet more often than not, the meeting mania that has pervaded many organisations takes up too much time, produces too few results and causes workplace productivity to escape faster than a hairpiece in a hurricane.

The list of complaints about meeting mania, compiled by workers who feel as though they are marinating in misery, is endless.

There are too many meetings or they are too long; their purpose is unclear or there are no agendas; the meeting is overcrowded; the wrong people are in attendance; and one or two colleagues always steal the show.

Most annoying are attendees who arrive late, people who talk in circles, conversations that veer off track, colleagues who are constantly interrupted and people who check their phones or play on their laptops.

Perhaps worst is that hefty dose of analysis paralysis triggered by endless debates rather than firm decisions.

Despite the undisguised contempt for this work activity, experts believe meeting mania is on the rise again as many of us return to the office.

Impotent bosses are jumping on the meeting bandwagon even though our ever-evolving technology has provided a veritable smorgasbord of more efficient alternatives.

These ineffective bosses – call them ‘meetheads’ – continue to iconise office meetings for all the wrong reasons.

Take the malevolent manager who schedules innumerable meetings to create an illusion of inclusion.

Then there is the insecure boss who routinely summons all and sundry to office gatherings to bark out orders to protect their turf and reinforce their position as top dog.

Let’s not forget those micro-managers who simply cannot resist the temptation to call meetings to scrutinise and control even the most diligent of workers.

And most workers are only too familiar with those escapee bosses who spend their entire working days flitting from one meeting to another and explaining they have back-to-backs.

In doing so these meetheads create a mirage of miraculous effectiveness despite the reality that they are often simply avoiding tough work.

We will never completely get away from the adverse meeting culture that pervades many workplaces. But we can always aim for getting more done with fewer meetings that are well run.

Workplace Culture Should you keep it in the family when hiring?