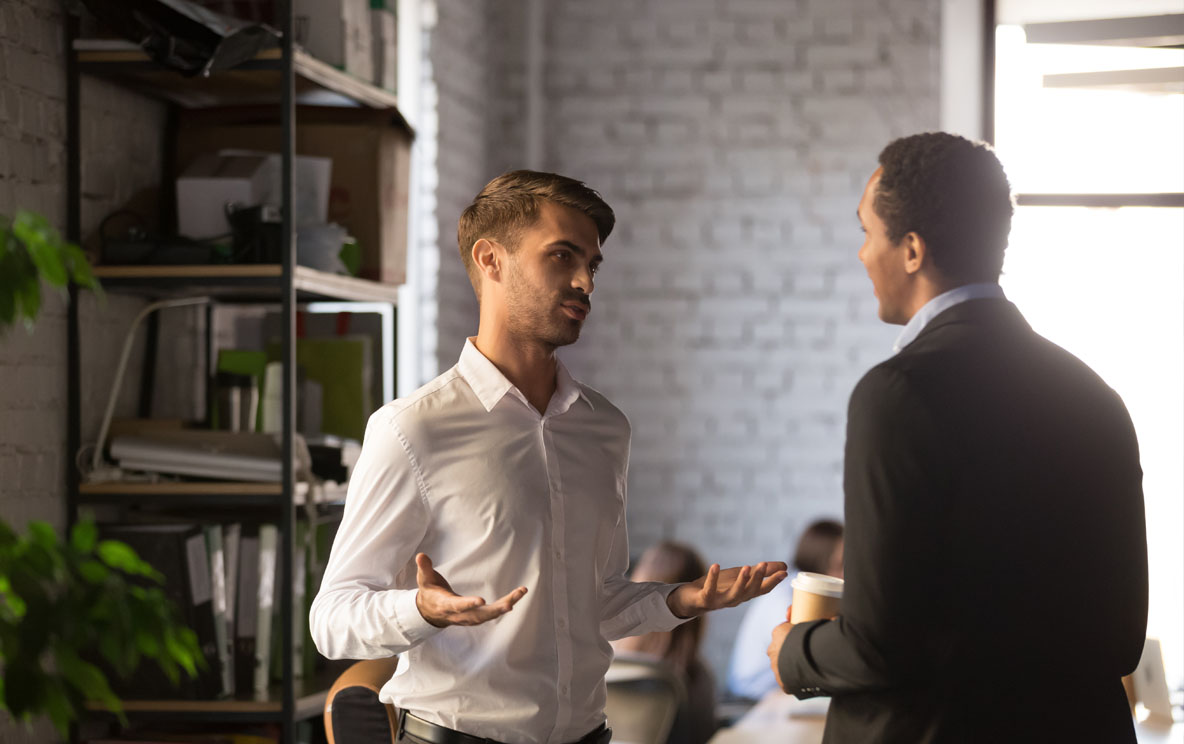 Should we discuss politics at work?

For a brief moment in 2019, Ellen DeGeneres and George W. Bush were the talk of both newspaper editorial boards and Twitter after they were photographed sitting next to each other at an NFL game.

Perhaps in part inspired by America’s tumultuous political climate, a debate was almost immediately sparked online, with social media users rushing to feature amongst an avalanche of commentary about the seemingly odd pairing.

For some, the publicised friendship was a beautiful thing, serving as a reminder that a “gay Hollywood liberal” and “conservative Republican President” could put aside their differences and get along.

For others, it was proof that DeGeneres was a privileged hypocrite willing to shrug her shoulders at the Bush Administration’s invasion of Iraq and the walls it built to prevent gay marriage.

With personal politics now almost inescapably seen as a window into whether someone cares about others or is intelligent, corporate leadership across the globe has been grappling with how to prevent discord between workers of different political stripes from spilling out into the workplace.

Weighing in on the issue, Edith Cowan University’s Kerry Brown said politics was becoming an increasingly popular discussion topic among peers eager to discuss the news of the day.

Dr Brown, who is a Professor of Employment and Industry in ECU’s School of Business and Law, said social media had played a large role in the ubiquity of politics and the politicisation of run-of-the-mill problems.

“We are seeing this more and more with the prevalence of social media, because we get exposed to political decisions and decision making,” Professor Brown said.

“Traditionally non-political topics like a health issue such as COVID-19 or bushfire response have seen political manifestations, too.

According to The New York Times, some bosses desperately want people to avoid these barbecue conversations at work, leaving a number of companies to impose a blanket ban on political chit-chat.

According to Professor Brown, it is well documented that political discussions can impact the cohesion of workplaces, particularly in team-based settings.

She said teamwork could be threatened by controversy, spanning from people finding topics uncomfortable to the working environment becoming downright toxic.

Professor Brown said leadership looking to stop these potential problems before they started had a number of options available to them, including prohibiting overtly political apparel such as pins and t-shirts with slogans. She said employers needed to ensure that bans or restrictions and remedies were applied even-handedly to all types of political slogans, however.

Starbucks notably implemented this very ban in 2020, shortly after the death of George Floyd sparked riots, protests and disharmony across the United States.

The policy was met with extreme backlash because of what the coffee giant considered ‘political’ and prompted the chain to roll back its decision.

In an arguably less inflammatory move, management can impose a code of conduct for meetings that comes with fair penalties, is even-handed and is non-partisan.

Leaders drafting such guidelines are warned not to punish people who support political parties they disagree with, as Australian workers are legally protected against adverse action for expressing their political views.

“As an employment policy, some benefits would include a less disruptive workplace,” Professor Brown said.

“If you are employed in a professional capacity in a front-facing environment, you will not want to be talking about politics to each other.

“This is about company branding and the way an organisation looks to customers or clients.

While some employers may see benefit in discouraging conversation about asylum seekers or vaccine passports, Professor Brown said healthy discussion derived from a well-crafted workplace culture may actually be the better solution.

She said management played a critical role here and had a duty to ensure a workplace did not ignore wellbeing or socialisation.

“But you could say a healthy discussion of what’s going on in the world is to be applauded. After all, people spend a lot of time at work and they need to socialise."

“You really need to determine what level of disruption is permissible in the workplace.”

Despite the long-held belief that work is for work, Professor Brown said it was clear personal and public life were becoming highly enmeshed and more challenging to separate.

She said people – particularly younger people – now wanted to see their own perspectives validated and thematic throughout the workplace, while corporations themselves had also been dipping into political commentary and taking a position on controversial issues, such as Qantas CEO Alan Joyce publicly supporting marriage equality.

“This situation has changed over time,” she said.

Professor Kerry Brown is Professor of Employment and Industry at Edith Cowan University’s School of Business and Law and is the ECU Research Theme Leader for the Natural and Built Environments. She is the program leader of Governance and Organisational Planning at the Asset Institute. You can connect with Kerry on LinkedIn

This course examines both positive and negative conflicts and promotes the development of skilled communication and influencing behaviours.

Workplace Culture Watch out for the family friendly workplace façade