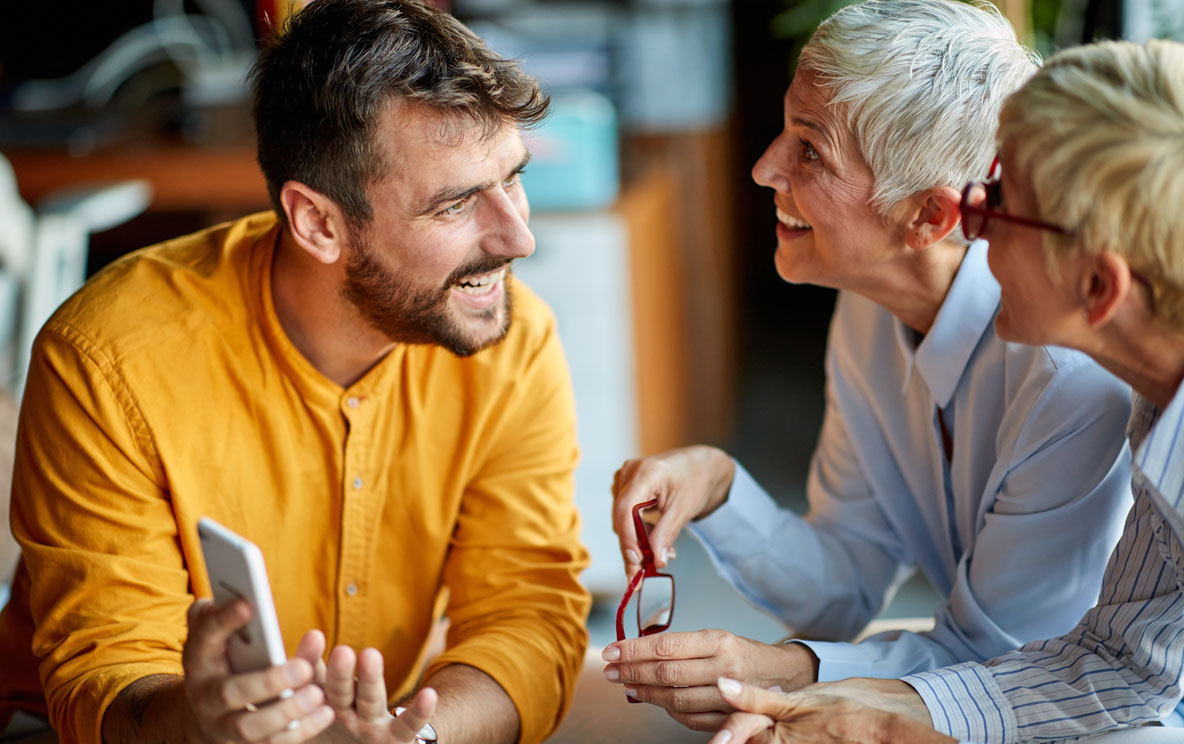 The 5 generations in your workforce

For the first time in history, five distinct generations of employees are co-existing and working alongside each other in the workforce – each with their own generational-defining traits, expectations and behaviours.

From a business perspective, the benefits associated with cultivating an intergenerational workplace that is engaged and motivated to work are immense, according to Emeritus Professor Gary Martin.

Having been at the helm of AIM WA as its CEO for close to a decade, Professor Martin is an expert in workplace relations and believes workplaces have – and always will – thrive on diversity.

“Having a blend of generations in a workforce can position an organisation to respond to the needs of the community."

“This community also comprises customers or clients from different generations.

"And besides that, diversity of employees will likely bring different strengths to the workforce,” he said.

While Professor Martin said it was important not to stereotype people based on when they were born, he did acknowledge that today’s business leaders should be open to understanding the aspirations and values of their workforce, as it was a critical factor in achieving business success.

To address this, he said managers needed to emphasise the commonalities and shared goals all employees had, while recognising that employees’ needs changed over time in lots of different ways.

While there is no hard and fast rule for when each generation begins and ends, the benefit of hindsight presents common descriptors for those born at a certain time.

Making up a small percentage of today’s workforce are the traditionalists. Born between 1928 and 1945, this cohort is otherwise referred to as the silent generation.

Having witnessed economic and social hardships throughout their lifetime, such as the Great Depression and World War II, this generation was largely taught to respect authority.

They are known for being loyal employees who value conservative, hierarchical, top-down management styles with a clear chain of command.

Following on from the traditionalist cohort is the baby boomer generation.

Born between 1946 and 1964, this group has already started to make the transition from working age to retirement.

Known for their strong work ethic, baby boomers value work environments with clear structures and democratic processes, and they tend to be an optimistic bunch who gain enjoyment from mentoring others in the workplace.

The next cab of the rank is Generation X, who were born between 1965 and 1979. Professor Martin described Generation X as being reliable workers who performed solidly at the same time as chasing work-life balance.

“You’ll see many of them entering management or leadership-type roles,” he said. “Generation X are in the prime of their lives and are highly invested in their jobs. They’re also tech-savvy and can cope with change.”

Following on from Generation X is the millennial cohort, otherwise known as Generation Y.

Born between 1980 and 1994, this generation now makes up more of the workforce than any other generation.

While the prevailing stereotypes constructed in the mainstream media might have you thinking millennials are lazy, narcissistic and entitled selfie-lovers, Professor Martin said that was not exactly true.

Aside from reshaping the world of work through pushing services online, Professor Martin said millennials had played a pivotal role in pushing the mental health agenda in the workplace.

“They’ve also highlighted the importance of sustainable business practices, whilst being more active than previous generations in talking up social issues in the workplace and the broader community,” he said.

“Other commonly cited characteristics include being achievement-orientated and team-focused, as well as being a generation which embraces flexibility in the workplace.

“While some say millennials are often disengaged, the truth of the matter is that work is part of their life – family and friends are equally important, as is service to the community.

“It’s more accurate to say they juggle multiple balls in their busy lives.”

The final generation, who have only just started to enter the current workforce, are known as Generation Z.

Born from 1995 onwards, this group only make up a small portion of today’s full-time employees (its median age is just 15).

While they share a number of characteristics with millennials, their formative years have been shaped by a drastically different world, resulting in key differences in attitudes, tendencies and outlook.

While younger generations such as Generation Z and even Generation Alpha (born 2010 onwards) will bring about a new set of challenges once they start entering the workforce at a steadier rate, Professor Martin said dealing with this type of generational change in the workplace was nothing new.

“To be fair, every workplace has had that challenge for years before the arrival of another generation in the workplace,” he said.

“We always want the best people in our organisations and that comes down to getting people who are forward thinking, can work well in teams and independently, can adapt well to change, can engage in self-care and those who are respectful.”

As for how to attract and retain talented employees of a younger generation, Professor Martin said flexibility was key.

“If you can offer a respectful work environment and at the same time provide flexible work arrangements that allow employees to fit in the many aspects or components of their lives, then you are onto a winner,” he said.

Organisational Performance Investing. Much more than a game of luck

Organisational Performance Awards for business are a win for the community

An award winner, a judge and a writing specialist share their tips for successful awards entries

Scaling up without burning out