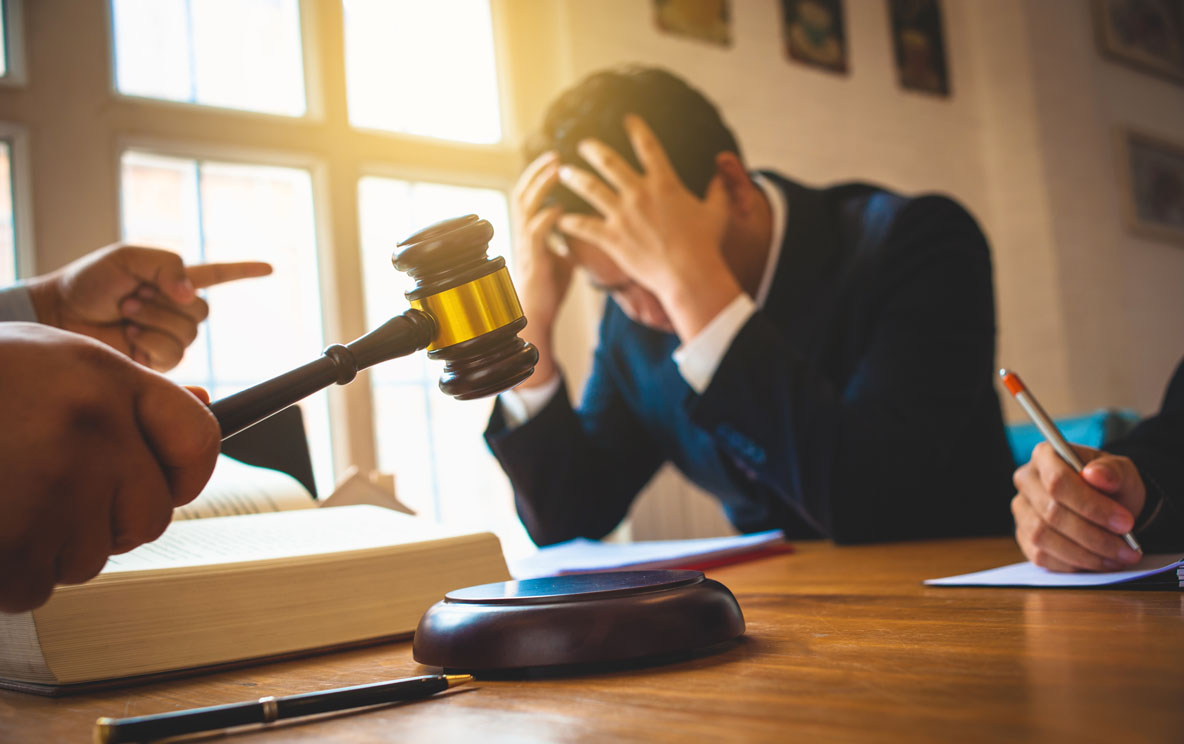 The tragic death of Jake Williams, 25, and serious injuries to his co-worker Fraser Pinchin, 21, while working near Esperance and the consequences that flowed from the incident has again highlighted the critical role of workplace health and safety (WHS), with their employer handed more than $600,000 in fines and the sole director of the company receiving the first health and safety jail term in Western Australia.

Employed by MT Sheds, the two young men were installing roof sheets on a large machinery shed just out of Esperance when a strong gust of wind lifted a roof sheet, causing Mr Williams to fall from a height of 9m at the apex of the roof and Mr Pinchin to fall 7m on the roof’s edge near the gutter line.

At first glance the incident is a devastating event caused by Mother Nature, however scratching below the surface, the tragedy has exposed some serious breaches of the WHS legislation.

MT Sheds Sole Director Mark Thomas Withers was sentenced in May 2021 to two years and two months imprisonment, with eight months to be served immediately and the remainder 18 months to be suspended for a period of 12 months.

He was also personally fined $2250, with MT Sheds being fined $550,000 for gross negligence and a further $55,000 for additional breaches of the Occupational Safety and Health Act 1984 and its subsidiary legislation.

Both Mr Williams and Mr Pinchin were not wearing safety harnesses. Neither held a High-Risk Work Licence and Mr Williams did not hold a Construction Induction Training Card, also known as a white card.

These factors shed light on the importance of complying with WHS legislation and the serious consequences that flow to the employer, the individual management staff, the victims, their co-workers and their family and friends.

“Notwithstanding the social media frenzy following the decision of Magistrate Cleary, I remain concerned that the first custodial sentence for the offence of gross negligence will do little to contribute to safer workplaces,” Employment Law and Workplace Health and Safety Lawyer, Kate Walawski said.

“I am not convinced that criminal prosecution will necessarily translate to safer workplaces and produce safe outcomes for employers and employees alike."

“Instead, I fear we will see a significant increase in the implementation of legal risk management strategies that will, in fact, compromise workplace health and safety.

“I am also concerned that for many small business owners, they will no longer be prepared to assume the significant risk and liability for breaches of workplace safety offences and will simply close their doors.”

Ms Walawski said there was definitely a need to punish breaches of workplace safety offences, however the focus should always be on improving safety outcomes.

“The decision of Magistrate Clearly is perhaps reflective of growing public sentiment that needs to be impressed upon recalcitrant employers and individuals."

"However it is yet to be seen whether the public’s need to see punishment for clear and egregious breaches of workplace safety will translate to better safety outcomes for businesses,” she said.

“In my view, this decision really should signal a warning for all business owners and managers, certainly in light of the new legislative changes that are coming into force.”

What is the new WHS Act?

The new legislative changes mentioned by Ms Walawski is the Work Health and Safety Act 2020, which for the first time will mention the word ‘health’ and imposes greater responsibility and penalties for employers.

The legislation is expected to commence in March 2022 once its accompanying regulations have been finalised, according to Francis Burt Chambers Barrister Cavaliere Maria Saraceni.

Under the new WHS Act employers and their individual officers may be charged with the offence of industrial manslaughter, bringing much harsher penalties than gross negligence under the current Occupational Safety and Health Act.

“The industrial manslaughter provision has a longer jail sentence and has a higher financial penalty,” Ms Saraceni said.

“The new WHS Act brings wholesale change to the whole system of regulating and ensuring compliance with health and safety legislation. No insurance cover is available to assist in paying any such WHS fine.”

Ms Saraceni said the word ‘health’ in the new WHS Act would reference both physical and psychological health, which was a big step forward for mental health and wellbeing in the workplace.

According to Ms Walwaski, convictions of industrial manslaughter under the new WHS Act carry a potential term of imprisonment of up to 20 years, as well as a fine up to $5 million for an individual and a fine of up to $10 million for a body corporate.

This is a significant increase from the current $2.7 million fine and a maximum imprisonment of five years that individuals face.

As the new legislation comes into effect, Ms Walawski said it was critical for businesses to review their work health and safety procedures and to become familiar with the new legislative requirements, including the concept of a Person Conducting a Business or Undertaking (PCBU).

“This includes what it means to be a PBCU, as well as an individual’s obligations and how they might discharge this duty of due diligence,” she said.

The inclusion of psychological health in the new WHS Act will drastically increase the responsibility employers have for their workers, which Ms Saraceni said could result in employers undertaking more intrusive psychological and behavioural testing during the recruitment process.

“I think some recruitment processes may change, including greater consideration and effort being placed on not just whether the recruit has the technical qualifications and skills, but also whether the values and aspirations of that person are commensurate with those of the potential employer."

"Also whether that person has the physical and psychological capacity to deal with the new position in the workplace environment of that particular employer,” she said.

“For example, if someone was sacked from their previous job because they had been found to be bullying or sexually harassing a co-worker or other person, then when they’re seeking employment at a new job, it might be a robust consideration to see whether they fit the values and the workplace culture of the new employer.

“Recruitment questions may have to become more probing and employers may have to determine whether the candidate’s understanding and appreciation of WHS, as well as ensuring they hold the correct safe work licences and ticket, is what it should be.”

On the other side of the coin, the heightened responsibility for mental health and wellbeing may mean that employers will become more intrusive on their employees’ personal circumstances, values and belief systems.

“But if someone comes to work and they have concerns on their mind, or something is going on at home and it’s likely to impact on their work, the employer may have to step in.

“I think the employer is going to have to do more to look at the whole person and make sure that the person is safe to work, not just whether they have the right tickets and show up at 9am.”

Ms Walawski said the decision handed down to Mr Withers, should act as a powerful reminder to all levels of management within a business to be familiar with the operational risks.

“This is especially considering that the impending WHS Act significantly widens the net for who within an organisation must comply with the express obligations in respect to safety,” she said.

Ms Saraceni expressed similar views saying that the legal consequences following the tragedy near Esperance had caused employers and boards of directors to focus more attention to WHS, with the heightened awareness and activism likely to be bolstered by the new WHS Act.

“It has caused people – directors and officers – to be more serious about WHS matters, whether that be bullying, sexual harassment in the workplace or more traditional blue collar safety in relation to the use of equipment or tools,” she said.

“The whole concept of WHS is based around risk management and how best to ensure that workers are not exposed to foreseeable risks, as well as how you control and manage those risks and learn from mistakes.

“WHS has really been brought to a higher level – it’s more on the table at board meetings now. There’s an obligation to be proactive, not just wait until you have a dead body to figure out what went wrong and who is to blame.”

Ms Saraceni said her best advice to employers was exercise due diligence, be proactive and identify these hazards and deal with them appropriately.

This article is part of AIM WA’s Work Health and Safety Act series, where we discuss the ins and outs of the new Act and provide guidance to make sure your company is adhering to the latest rules and regulations.

Other articles in the series include:
WHS Act 2020 key terms and definitions
What is a 'person conducting a business or undertaking' (PCBU)?
How to prepare for the WHS Act 2020
Mental health and the WHS Act 2020

Kate is an Employment Law and Workplace Health and Safety Lawyer. She is a passionate educator, public speaker and facilitator. You can connect with Kate on LinkedIn

Maria is a Barrister with Francis Burt Chambers. She is a non-executive Director on several boards and an engaging public speaker. You can connect with Maria on LinkedIn

This course assists those in positions of management and leadership to understand their responsibilities under OSH laws and develop the skills needed to effectively manage safety in the workplace.

An accessible workplace has never been easier