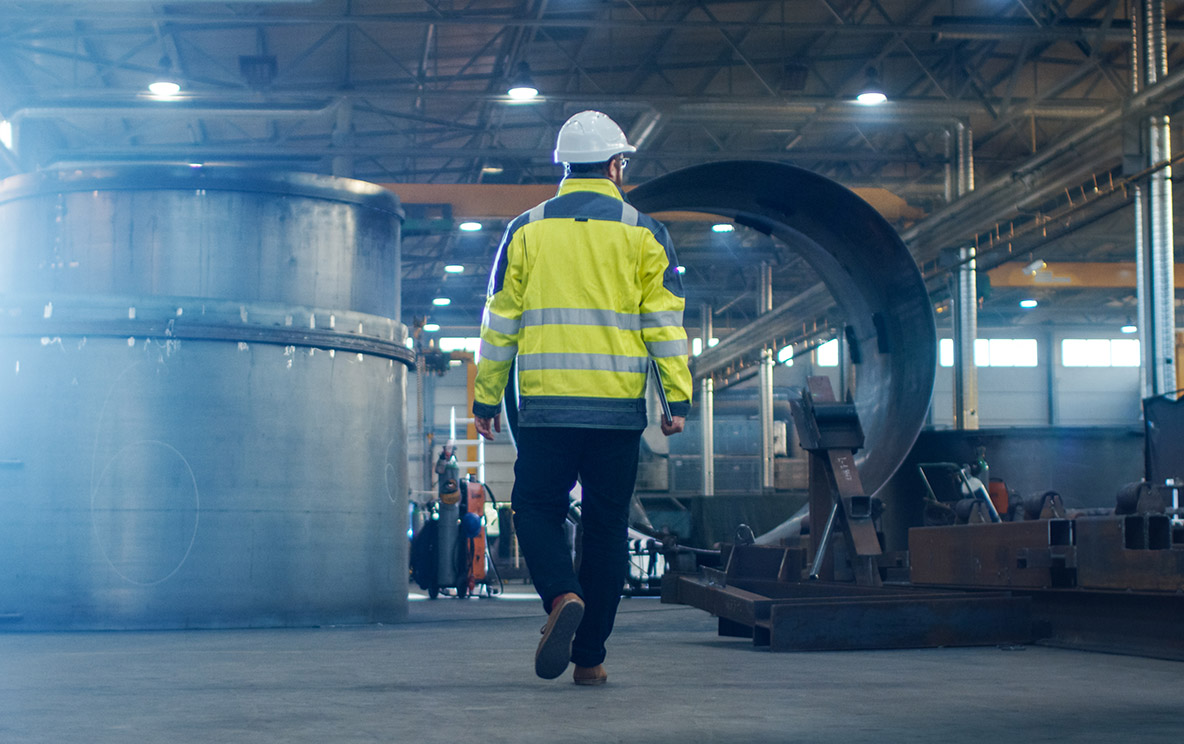 Industrial Manslaughter and the WHS Act 2020

Understanding this new offence under the Work Health and Safety Act

Designed to provide the highest level of protection against harm to the health and safety of workers and others, the Work Health and Safety Act 2020 (WHS Act) includes an important aspect for Western Australian businesses – the introduction of the industrial manslaughter offence.

And it has big penalties, with a conviction potentially carrying up to 20 years behind bars, as well as a fine of up to $10 million for a body corporate and up to $5 million for an individual found responsible for a workplace death.

It is a significant increase from the $2.7 million fine and maximum jail term faced under the repealed Occupational Safety and Health Act 1984.

While some industries are inherently riskier than others, it is essential for all businesses to be proactive in identifying hazards and risks and ensure they have robust work health and safety systems and processes in place.

Under WA’s Criminal Code, manslaughter is essentially an unlawful killing where death was reasonably foreseeable but where there was no intention to kill the other person.

“Whereas under section 30A of the WHS Act, industrial manslaughter is a crime where a person conducting a business or undertaking (PCBU) breaches its health and safety duty and causes the death of an individual, knowing that its conduct was likely to cause the death of, or serious injury to, an individual yet acting in disregard of that likelihood,” she said.

“On the other hand, a corporate officer commits the crime of industrial manslaughter if the PCBU fails to comply with its duty of care and that conduct causes a death and the officer is involved in that conduct.

Ms Saraceni said the duties imposed by the WHS Act extended beyond the employment relationship, including to ensure the health and safety of others was not put at risk from work carried out as part of the conduct of a business or undertaking, as far as reasonably practicable.

“Think of the visitors to Dreamworld who died when the water ride they were on had a malfunction or the mass shootings at schools in the US,” she said.

“As part of a business’s enterprise risk management strategies, or its environmental, social and corporate governance approaches, it would be worthwhile for it to consider its health and safety obligations but not limited to its workers.”

Why the crime of industrial manslaughter was introduced

“With more than 120,000 serious injuries a year in Australia, we need organisations to act before they have an injury."

“Ironically there are well known ways to prevent harm, which are often not looked at until someone gets hurt, " he said.

“Unless organisations take preventative action, they are pretty much leaving people’s safety to chance.

“The message from the government is that this is not acceptable.

Dr Cattani said almost every job had the potential for harm – for example, around one quarter of injuries are from slips, trips and falls.

“Let’s concentrate on these and we can make a big difference,” he said.

“It’s not too difficult for organisations to review how people are walking around their workplaces and making improvements to the working environment or the tasks people are doing.”

To meet the legislation’s requirement to prevent injuries, Dr Cattani said it was essential for organisations to develop an agreed way to conduct its work safely, and using the international standard AS/ISO 45001 Occupational health and safety management systems is highly recommended.

“Gaining a commitment from the leadership team is a critical first step, which is reflected in the legislative due diligence requirements,” he said.

“All members of the leadership team must have a practical knowledge of what work health and safety due diligence is and how their organisation is responding.

“So, instead of an organisation tolerating people getting hurt and not doing enough about it, we can help it move towards becoming an employer of choice that people want to work for because they know their health and safety are valued.”

Dr Cattani said organisations could also implement a risk register to record what might go wrong in work tasks and a prevention strategy.

“All these things take many months to set up and implement, and then an ongoing process of improvement, which is reflected in the legislation, so they are not expected to happen overnight,” he said.

Other articles in the series:

Changing the face of health and safety in Western Australia
WHS Act 2020 - Key terms and definitions
What is a 'person conducting a business or undertaking?
How to prepare for the WHS Act 2020
Mental Health and the WHS Act 2020
Responsibilities of workers in the workplace

Maria is a prominent Barrister practising in regulatory and compliance law with a focus on work safety and health and employment/industrial relations. In 2017, Maria was knighted and appointed a Cavaliere of the Order of the Star of the Italian Republic. She also appears in public speaking engagements and mentors legal practitioners and others who seek career guidance. You can connect with Maria on LinkedIn

Marcus is a Senior Lecturer in Occupational Health and Safety at Edith Cowan University’s School of Medical and Health Sciences. His research and teaching includes developing an understanding of why incidents occur and how to prevent them. Marcus works closely with organisations and government to develop education and training programs to improve safety performance. You can connect with Marcus on LinkedIn

This course assists you to understand your responsibilities under OSH laws and develop the skills needed to effectively manage safety in the workplace. It is designed to provide an overview of the most fundamental aspects of Work Health and Safety (WHS) management.

Human Resources It's open season as poaching makes a comeback